The idea of being The Joker had enormous appeal to me. 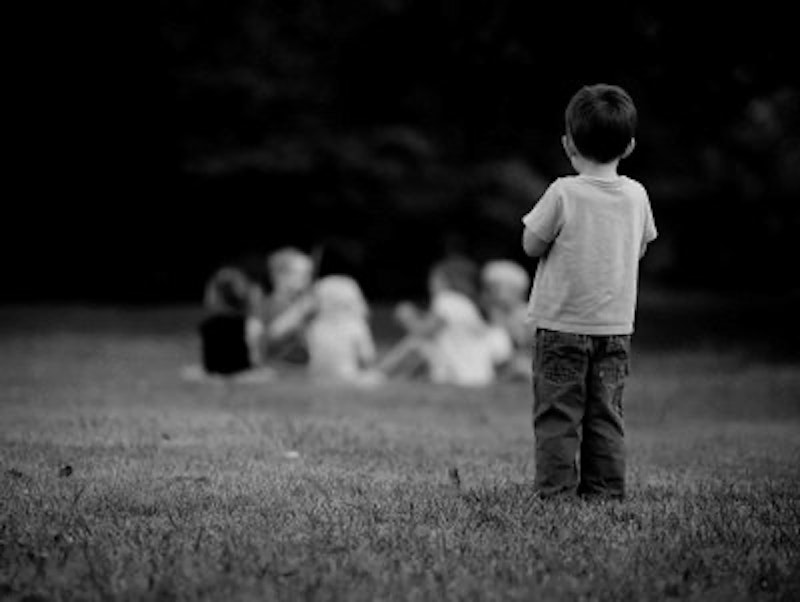 I was seven years old when I had my first encounter with psychiatry. It was 1961 and I’d been setting fires and stealing mail for a couple of years. I tried to strangle a neighbor’s child simply because his parents clearly loved one another and doted on him. The final straw came when I turned in a penmanship essay at school that consisted of a manifesto calling for the extermination of everyone with an IQ between retarded and genius. I reasoned that all of the problems of this world emanated from the mediocrity of normality. The retarded people I knew were consistently pleasant and gentle. The geniuses of my acquaintance were consistently interesting. The normals were hateful, petty creatures who bullied me at every opportunity. My adoptive parents were the epitome of normality to me, with their stupid and predictable outbursts of irrational violence and their profound mutual loathing. Their marriage turned into the Dr. Zhivago of hate affairs about two years after they adopted me, epic and endless, a never-ending torrent of spite and malice. My little manifesto caused quite an alarm at school. They summoned my by-then estranged parents in for a conference, and it was determined that I should be examined by a psychiatrist and a social worker.

After a couple of weeks of tests and interviews, they informed my parents that I was an “antisocial genius” with a “criminal mind,” on track to become a dangerous juvenile delinquent unless something was done immediately. This was 1961. The nomenclature of psychiatry was still pretty crude. I’d learned how to read with comic books, and was thrilled to hear their diagnosis. The idea of being The Joker had enormous appeal to me. I loved the phrase “antisocial genius.”

They vigorously recommended that I should either be placed in a military school or engaged in the arts. I’d been reading Ian Fleming and Ladislas Farago, everything regarding espionage, assassination, and the range of tactics that have come to be known as “Black Ops.” I’d written to the CIA in an attempt to jumpstart my career as a field agent and received a very pleasant condescending response on CIA letterhead advising me to go to college and get back to them. Obviously none of the overcompensated fools at Langley had ever read Ignatius Loyola, founder of the Jesuits: “Give me the boy, and I’ll give you the man.”

My adoptive father was a psychopathically violent whore-mongering half-Cuban and half-German chemical engineer, with all of the baggage implied by the stereotypes. The Cuban temper coupled with the German demand for precision meant that when he threw a plate, it landed precisely where he aimed it. My first fully coherent memory is of a bright sunny Autumn day in 1956, my adoptive mother reading The Musicians Of Bremen to me in my room when he burst screaming through the door, knocking it off its hinges and splitting my mother’s forehead open with a well-delivered punch, blood all over the place. After my mother’s father and brothers threw him out of the house in Camden, NJ, he took refuge in an apartment in Woodbury. He wanted me in military school. I’m fairly certain that what he really wanted was a refund on the whole adoption thing. He saw me as a cockblocker.

My adoptive mother was a sex-phobic psychotic with a television set in every room, always on. Back in those days of three broadcast channels, the stations signed off at midnight or one a.m. with the national anthem and went to white noise and snow until resuming broadcasting in the morning. I could get away with turning off the sets in my room and the living room, but if I turned off the one in her bedroom, she’d stop snoring long enough to bray, “Turn that back on!” She wanted to see me on TV. I’m sure she thought it would make me more real. She had difficulty distinguishing image from reality.

For my part, I enjoyed singing in the choir at our local Baptist church every Sunday, and thought that learning how to act would be excellent preparation for a career in espionage. My mother enrolled me in a weekly regimen of acting, singing, and dance lessons. I was a natural. I glowed. It was like I was born to do it. In short order, I began to do it for its own sake, drifting away from my sociopathic espionage aspirations and diving into the warm sea of audience approval, the matchless embrace of live performance, of being the center of attention for a roomful of people. By 1964, I was a working member of Actor’s Equity and AFTRA, living in Manhattan with my mother.

There was a catch, but it’d take me a very long time to figure it out. Professional children are not children, and success can be every bit as grueling and damaging as failure. Child actors are actually representations of children, and the smartest ones know it. It’s a dangerous pursuit.