Eatin’ a lot of peaches. 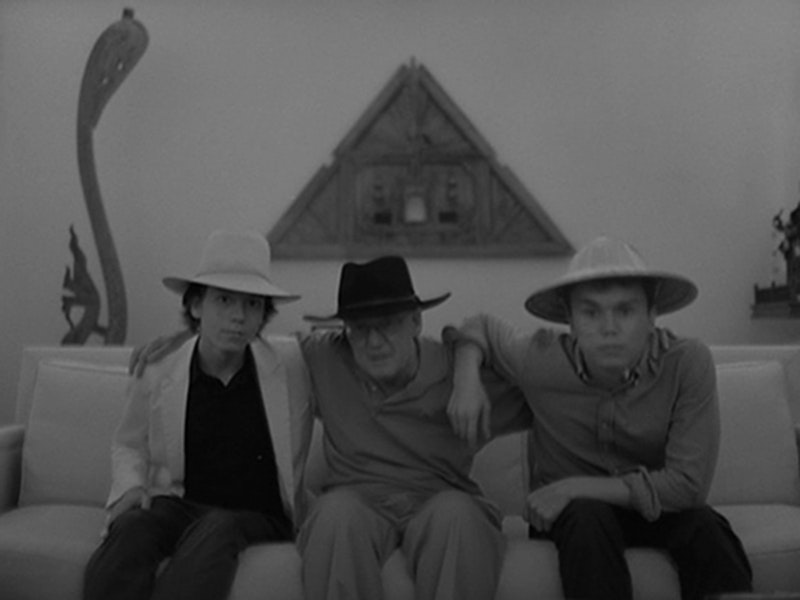 Repetition. That’s my second middle name—Russell Brian Repetition Smith—added not upon confirmation ages ago (and if there’s a saint called Repetition it’s news to me) but seven or eight years ago. I’m not horsing around. Skip the “I shall wear the bottoms of my trousers rolled” baloney—I’ve favored cuffed pants for most of my adult life—and think instead about the routines, some bordering on mild OCD (no offense meant to those who really do suffer from that debilitating disease) and others just a natural, at least for those of us who no longer make decisions or plans on a whim, at times sclerotic slavishness to a regimented lifestyle.

Fortune’s on my shoulder like Jiminy Cricket, at least right now at 62, in that I’m a healthy and happy individual. Longtime friends and I marvel sometimes, considering our varying degrees of youthful recklessness and abuse of mind-altering substances, in a “there but for the grace of God” sort of way that we’ve achieved near-senior citizen status. I don’t read the obituary page of newspapers, as my parents did long ago, but the premature deaths of friends or acquaintances box your ears via social media. And then there are so many people who checked out long ago—suicides, car accidents, overdoses, and cruel it’s-all-a-lottery, out-of-nowhere diagnoses of fatal diseases. My friend Tommy DiVenti, who writes regularly for Splice Today, comes by our offices periodically, and we trade tragic stories as if we were dissecting one of David Bowie’s Berlin albums in the late-1970s.

The picture above, taken by my magnificently talented sister-in-law Teresa Kirby Smith in Bermuda three years ago, shows this shrunken author flanked by his two robust, full-of-beans Millennial sons. I must’ve been slouching to look as short as a shoeless Abe Beame, for in reality I’m taller than one of these rascals, and two inches shy of the other, but the photo reminds me of my late-middle-age conferral of Repetition as part of my Christian name.

Monday morning: not long after a first iced coffee, I gather the dry cleaning and leave it on the back stoop of our house. On Wednesday, if by chance a pair of pants or shirt isn’t returned, my mind flutters, an extremely mild (a two, maybe, if you’re keeping score) onset of distress, and I call the company to restore my equilibrium, and it’s almost always due to a rip or stain, but sometimes they can’t locate an item. This sets me back: even though my wardrobe is ample and can withstand a lost pair of corduroys or khakis (unlike most contemporaries, I’m forever done with jeans, blue, black, or tan, as I find it odd that anyone over 40 would wear them, especially those who require “loose fits”; there are enough indignities to go around, and I stand firm here).

Also, on Monday, at nearly the same time each week, I roll out two or three garbage cans from their line by the garage to the driveway’s entrance, for Tuesday collection. Can’t take the chance of waiting until the last minute, even though rationally I understand that missing a pick-up and having to heave a few more cans the following week ranks, as far as calamities, in the same category as a nettlesome splinter. And on Tuesday afternoons, I dutifully, happily return the empty cans to their place by our rusting Mercedes wagon, and tick that chore off my list.

But sometimes there’s a switch-up: this past Tuesday, while shaving (thankfully a twice-a-week chore), I peered out the window and saw just one can. There was a ferocious wind at the time—the “hawk” as the cliché goes—and I hurried up my grooming so I could investigate and perhaps rescue the can from the middle of the road. As it happened, it was right behind the sturdier city-giveaway receptacle, and order was restored.

If this strikes you as kind of off, acting as a slave to minutiae, I won’t disagree. Have to mention my pique at the dentist’s office the other day; I was scheduled for a 9:50 appointment to crown a disintegrated molar done in by a pair of cavities filled around the time “Light My Fire” topped the charts. The dentist, an amiable fellow who has no peer, in my experience, in his craft, was running behind, and as a consequence I was left holding the bag, to be polite. This irritated me to no end, and the doctor apologized, while telling me to calm the fuck down. (Not his language.) It worked out, but I was ruffled.

I haven’t the time to dig a hole to Taiwan in explaining my musical tics, but they might be considered odd. I’m the exact opposite of my old college roommate and newspaper colleague Eric Garland, who, when playing a record would never play one side after the other. Strange, correct? Especially on a new release. And unlike many, I’ve never had the patience to arrange records, CDs, or books alphabetically; I’m too sloppy and even if I’d wasted hours on such an endeavor in a month they’d all be askew once more. Rather, I play songs over and over and over when it strikes my fancy. For example, last fall a double-CD of Stevie Winwood came out, a collection of live performances over the years. I bought it on a whim, but it’s terrific. In 2003, he covered the 1973 Timmy Thomas (a one-shot guy) hit “Why Can’t We Live Together,” and though faithful to the original I couldn’t get it off the boombox.

Which reminds me—and here’s why, at least for me, it’s a fine age for recorded music, with so many old recordings now available, letting interested listeners know, for example, that Hank Williams was more than just “Jambalaya,” “Your Cheatin’ Heart,” and “I Saw the Light”—of a 1959 song, “Fannie Mae,” by Buster Brown (available in the “Blowing the Fuse” series), that just had to be a blueprint for the young Stevie Winwood’s incomparable vocals with the Spencer Davis Group. “Gimme Some Lovin’" say, sounds exactly like Buster, save that Stevie was a white Brit and Brown a black Georgian, 50 years old when his song became a hit in 1960. I read that “Fannie Mae” was included the movie American Graffiti, probably for a 10-second snatch, but don’t remember it when I saw the film in 1973, and I certainly never bought the soundtrack.

May I have one last word? Perhaps it runs counter to the top of this article, but I’ve zero patience with people who run rhapsodic when talking or writing about books. “I couldn’t live without my book collection,” is a variation on a common theme. I read a lot, as does my wife, and yes, we’ve accumulated an untold number of volumes that are on several shelves in the house, but aside from a handsome look, I’ll be damned if I know what good they do. You read a book and it’s done.

There are a rare number of novels that are worth re-reading, but mostly it’s over and out. On some occasions, I’ll riffle through the shelves looking for, say, a Robert Caro, Greil Marcus, or Richard Reeves tome for research, but if a malevolent Puff the Magic Dragon, in the dead of night, carted all of our books off to sell on the street, I wouldn’t be shattered. After all, as someone who’s lost hundreds of books to basement floods, both in the past and present, there are worse calamities.