A non-religious, and liberal, acquaintance takes Mr. Harris to task. 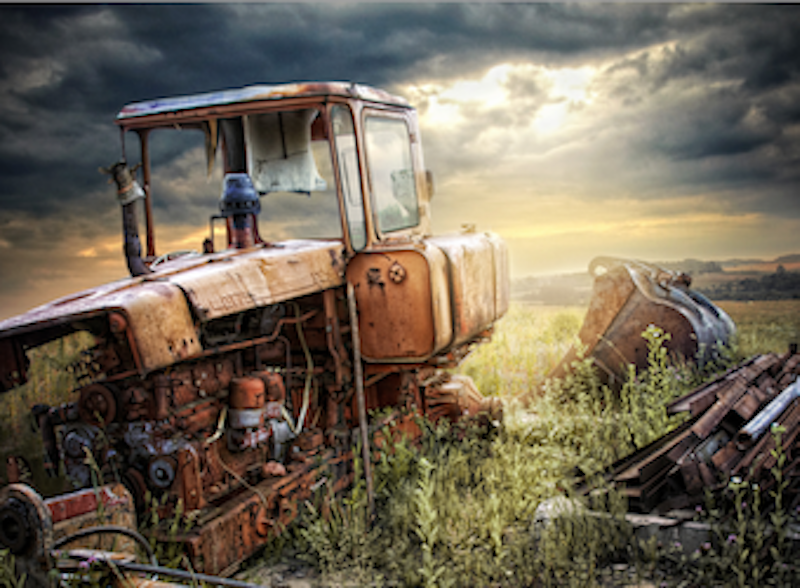 A non-religious, even liberal, acquaintance of mine has taken me to task. He’s concerned about my mental health; he suggests that my “apocalyptic” pessimism about the future of our civilization has little basis in reality, but is rather a symptom of my own emotional and characterological weaknesses.

But let me quote his email to me.

“John, your obsessive insistence that we’re on the edge of societal catastrophe, of wholesale systemic disaster and collapse, complete with mass violence and starvation and a return to pre-industrial conditions—no antibiotics, a reversion to fourteenth-century lifespans, exterminationist war among armed American factions, and all the rest of it—is a function of your own intellectual narcissism, your inability to think your way out your own moist fantasies, your intellectual parochialism. I know you resent Rod Dreher as a hustler and opportunist, but you’re a lot more like him—and like that angry, weird James Howard Kunstler lunatic, too—than you’d like to admit. You’re all just projecting your own bleak dreams against the screens in your minds, and then beating off to them like champs.

“John, you need to get out of your head more. Find some other way to use your time than wringing your hands over ‘decline.’ Maybe help your wife with the farm-work for once. Or find a goat to fuck. You’ve still got goats on your Benedict Option property to fuck, right? Organic goats?”

Well, this was a bracing slap on the cheek. Since I’m a firm believer in self-criticism, I took my acquaintance’s note seriously, trying to see the world as he sees it.

And as he sees it, “declinists” like Dreher, Kunstler, and me have been wrong about everything, all the time. My correspondent pointed out that all three of us were Y2K paranoiacs, expecting (my friend might say “hoping for”) the worst from that transition into the new millennium.

Then, in the first decade of this century, all three of us were virulent devotees of the “Peak Oil” theory (my friend would say “cult”). We were convinced that the end of “easy oil” would spell doom for our petroleum-dependent society, ushering in a regime of subsistence farming and a total struggle of all against all, complete with the resurgence of epidemics last seen during the War of the Roses—like the scrotal efflux and the rosy pox.

When the Peak Oil downfall didn’t happen we—or so this acquaintance of mine would say—started sniffing around in our decadence and moral perversion for a new about-to-happen full-scale catastrophe on which to expend our weirdly excessive emotional energy, and to get our juices stirring. Dreher and I, at least, if not the secular Jew Kunstler, thus seized on a new vehicle for our deliciously gratifying despair—the idea that the United States and the West in general are entering an anti-Christian new Dark Age, in which the light of Faith and Learning will flicker on only in certain self-contained communities (like mine here in Indiana). These “Benedict Option” communities will exist, like the monasteries of Olde Europe, apart from a greater landscape overrun with violence, perversion, plague, and rapine.

My acquaintance—that devil’s advocate!—might next point out that our longed-for collapse doesn’t seem to be materializing. Sure, he might say, we have our problems: inequality, rural despair, an opiate epidemic. But crime is down, many things in our society are functioning better than they have in living memory, and the sun persists in rising, each day, in an eastern quadrant of the sky. To use a slang phrase, Dreher and I are “all wet.” No, worse than that: we’re psycho-sexual basket-cases with serious emotional problems, not excluding an unclean fascination with decay, destruction, and, most of all, death; and we’re skilled in what the Freudian quacks used to call “projection.”

A compelling critique indeed—and intellectual honesty compels me to take it seriously. In the meantime, I commend to readers this magisterial Dreher essay, “Underestimating American Collapse,” in which he argues persuasively that cultural pessimists like me have if anything underestimated the speed at which American society is generating into total systemic, moral, and political failure.