Peggy Noonan says it takes a grandparent to bring back American civility. Say what? 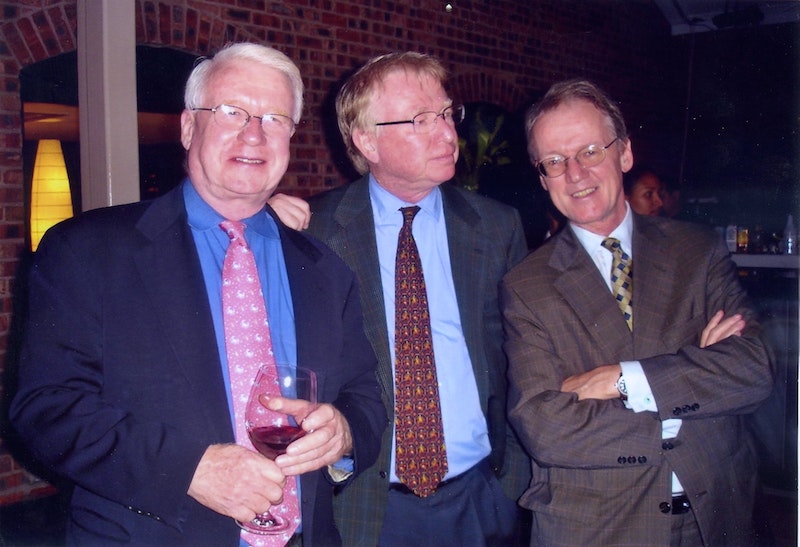 Paraphrasing Ken Kesey, a more accurate headline for Peggy Noonan’s Wall Street Journal column last weekend would be, “Sometimes a Vague Notion.” Instead, it was called “America Needs More Gentlemen,” and while it’d be cranky to disagree with that “plain-as-the-nose-on-your-face” sentiment, the problem is that Noonan can’t quite nail down what she’s trying to accomplish. The opening paragraph is an apt example: “I used to think America needed a parent to help it behave. Now I think it needs a grandparent. Our culture has been so confused for so long on so many essentials, and has gotten so crosswise on the issue of men and women, that we need more than ever the wisdom of the aged.”

Subjectively, I consider myself a well-mannered man—and should note that on the several occasions I’ve met Noonan, she’s delightful, the very definition of a “lady” or “gentlewoman”—by dint of my upbringing and life experiences. But I don’t understand what Noonan means when she says the country has now so gone to the dogs that a “parent” is no longer sufficient to dispense “wisdom” and we have to summon the grandparents. (Not me: my maternal grandfather, born in 1868, died seven years before I was born; my father’s dad, was, by all family accounts, a cad.) It’s dodgy to proclaim the aged have a monopoly on manners or, for that matter, courage and morality, for that’s certainly not the case. Go back 50 years and some men were models of decorum, without even thinking about it, and others were slobs. Just like today.

Furthermore, Noonan, who uses the Aziz Ansari stir—though in politeness, perhaps trying to prove a point, she doesn’t use his name or the woman who’s caused an uproar by detailing his objectionable sexual behavior—to illustrate her point, says the celebrity was “boorish, a slob, what used to be called a wolf,” and then segues into the recent laundry list of men in powerful positions in Hollywood, the media, and technology, and implies this wouldn’t have occurred in the mythical “grandparent’s” day. The accused and self-confessed have one thing in common: they’re not gentlemen. That’s an understandable, if not entirely original, position to take, but then she zips into the somewhat recent past to also explain a degraded culture.

She writes: “We have lost track of it. In the past 40 years, in the movement for full equality, we threw it [the concept of gentlemen] over the side. But we should rescue that old and helpful way of being. The whole culture, especially women, needs The Gentleman back.” Except he never left: just as today, 100 years ago there were gentlemen and also brutes. I assume Noonan’s referring to the Women’s Liberation Movement, which began in the late-1960s and has continued, with considerable success, ever since. (I remember one instance, around 1972, back when Maude got an abortion on TV, one of my brothers, in a cantankerous mood, argued with me that holding doors open for women was sexist, which was perplexing.)

Pulling a quasi-Maureen Dowd, Noonan concludes with a lesson about gentleman… from Hollywood. She writes: “But you can’t judge a nation by its comment threads [the virus of social media], or let’s hope so. You can judge it by its struggle to maintain standards. For inspiration we end with Hollywood, with Jimmy Stewart in 'The Philadelphia Story [1940].' The character played by Katharine Hepburn makes a pass at him, and he notes he could have taken advantage of the moment but she’d been drinking and ‘there are rules about that.’”

This was a movie. I’ve no idea whether Stewart was a gentleman in his personal life—by most accounts, he was—but anyone with even a passing familiarity with the great films of the past 80 years or so, knows that famous actors weren’t exactly “gentleman,” on or off the screen.

Aside from the example set by my father and older brothers (the picture above, snapped by my niece Zoe, shows my brothers Jeff and Gary with me in Houston in 2006, when men still wore ties) in decent and civilized, if not necessarily gallant, behavior, I learned a lesson one afternoon while buying a couple of comic books at a stationery store in downtown Huntington, New York on Long Island. Not yet 10, I casually flipped a dollar bill to a middle-aged female cashier. She looked at me sternly, to my surprise, and lectured, “Young man, that’s no way to treat your elders. In the future, I’d appreciate it if you’d hand me the money, not throw it!” She was correct, of course, and her words resonate with me to this day. This was in 1965, before social media and the cultural upheaval that changed, mostly for the better, the country forever. As I noted, my grandparents weren’t around, but does anyone doubt, despite Noonan’s call for elderly “wisdom,” that many of the parents and grandparents of the day regularly, without even thinking about it, spat out slurs about “spics,” “niggers,” “homos,” and “easy bitches”?

Meaning, from where I sit, at 62, that behavioral patterns aren’t confined to any single demographic.