Walking Away From Omelas 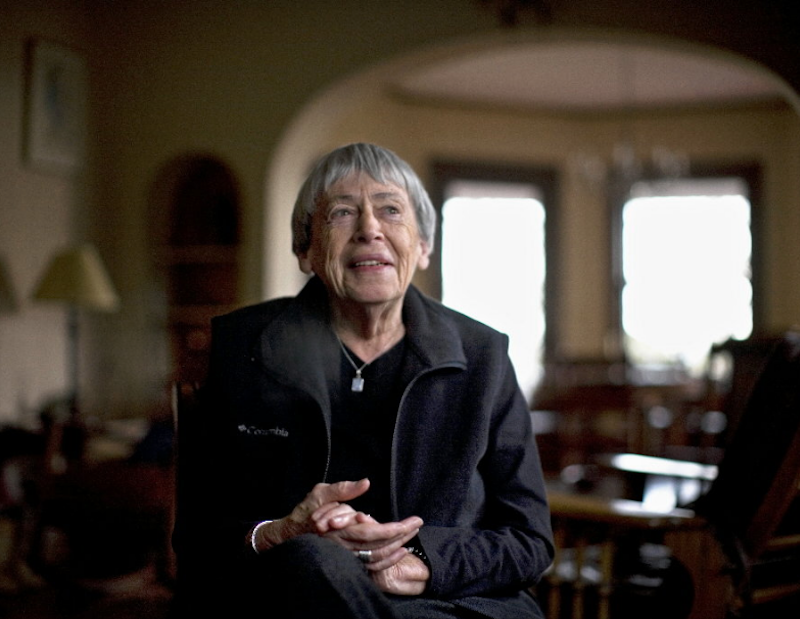 I was crushed when I heard of Ursula K. Le Guin's passing. I had never read Earthsea, but I've heard many good things. I have not yet gotten around to reading her work, with the exception of Those Who Walk Away From Omelas. It's an interesting read, one that serves as a critique of utilitarianism, a notion of the greatest good for the greatest number. In it, an entire civilization is predicated on the suffering of a single child.

Omelas as a civilization is portrayed as a utopian dream. The narrator, however, directly addresses the audience by inviting them in the process of conjuring up the image of Omelas. This initially may seem coy and lazy, but in actuality this builds the dynamic that is required to make the rest of the story work. The narrator speculates about possible technology, but remains vague about the political and economic system in place. Later descriptions add the possibility of orgies, sexually charged rituals, and a drug known as drooz. In effect, it shares many similiarities as Aldous Huxley's Brave New World, but doesn't frame these are troubling.

However, the cost of this blissful existence is the perpetual suffering of a single boy. Though the exact nature of this bargain is unknown, the boy must spend the rest of his life in a constant state of agony. The nature of the townsfolk's interactions with the boy, plus the justifications put in place, are legitimately unsettling. This is especially true because the reader has had a hand in shaping the very nature of Omelas through imagination. But those who object to the boy's treatment simply walk away.

Ultimately, the story asks a question about morality, which is what has led to become a popular story for discussion in classrooms. It's a shame that Le Guin wasn't quite as well known as writers like Tolkien or Clarke, because she has the same skill when it comes to prose. Perhaps once I finish His Dark Materials, I'll take a look at the Earthsea Cycle. It's clear that we've lost a great writer and a masterful worldbuilder.