Tell You One Goddamn Thing

Let's have a toast first. 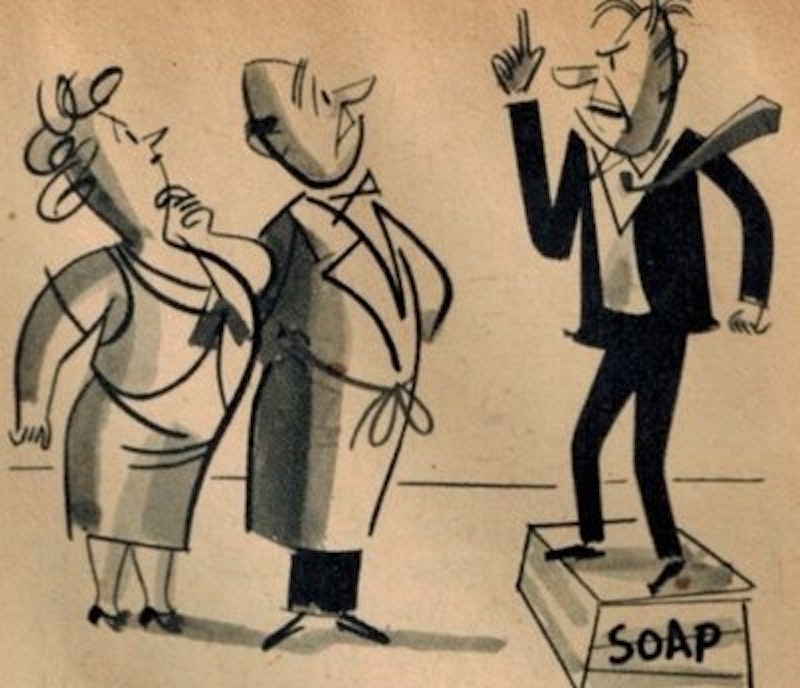 You don’t need me to tell you anything. People don’t want to hear the stinky sound of awful truths. The way things are and were. “Tell you one goddamn thing,” was my regular catchphrase. It could be my epitaph carved on a gravestone, except I’ll be cremated. It was the early warning signal that announced to all within earshot that I was in my cups and ready to rant. It happened frequently in my days at Right Bank Café. I drank freely and often, and would, as my wife so kindly calls it these days, “get up on my soapbox and orate.” It still happens on occasion. I’ll say, “Tell you one goddamn thing,” and proceed to ramble and rattle on about whatever subject gets stuck in my wet-brained tape loop repertoire. Usually on topics of conspiracy, the government, space aliens, music and poetry, the minutiae and nature of things in general, the way we are. It’s classic drunken pontificating echoing in my head.

I’m going to tell you and I’ll tell you over and over again until I pass out, get punched in the nose, or told to shut the fuck up. It’s the nature of liquor to loosen the lips and let the spirits in your head roam freely and escape from the mouth. It’s not the epic poet orator discourse on basic truths and philosophical conundrums. Oh, it is in the mind of the intoxicated but not for those on the receiving side. To put it in layman’s terms, drunken babble. In fact my old rhythm guitar player, Gregorio from Brooklyn, wrote a song for me this past holiday and sent a short video clip performing it. It was appropriately titled, “Tell You One Goddamn Thing,” with one chord and the title repeated like a skipping record. It helped remind me and reinforce my drunken history of being a bellowing buffoon chattering nincompoopisms. The late Pam Purdy referred to me as a “braying oafish imp” in a 1980s article she wrote in Baltimore’s City Paper about a William Burroughs reading we both attended in Washington DC. It was no wonder we became fast friends shortly thereafter.

The origin of the word “rant” in 1598, from the Dutch randten, " to talk foolishly, rave," or from the German, (rantzen "to frolic, spring about") Ranters "antinomian sect which arose in England c.1645” of early drunken Methodists. A 1700 slang dictionary has rantipole "a rude wild person." That sums it up for me. I definitely frolicked about as a ranting rude wild boy. In fact I was guilty of such blatant assholism that among many folks, even John Waters, the arbiter of bad taste, shunned me from time to time in my rampant crimes of assholism.

I actually believed in my besotted mind, the more of a Punk asshole I was the more he would like my antics and me. In my misguided youth I was a terror to the status quo and a scourge to polite society. My bad manners had gotten me into more hot water than any bathtub. Both friend and foe have witnessed my hellish hyperbole. The band Lungfish wrote a song about me entitled “Devilhead.” Some of the lyrics are, “Snaps on tight and it fits just right, Devilhead/I don’t know what you’re talking about/Sorry but I don’t understand your babbling, Devilhead.” I can rant and rave with the best of them. The devil on my shoulder is intoxicated and he kicks the angel off every time he gets lit.

The night after Christmas we had a gathering of friends and family at our new place. It was very festive and there was some toasting and celebratory cheers going on. I was “happy,” as my mother used to call being drunk. As the night wore on my poor brother-in-law, among others, had to submit to my lamentations expounding on many topics and subjects from the Twin Towers terrorism being an inside job, my years as a junkie, the nature of Henry Miller, the merits of Lou Reed and The Velvet Underground, and other stuff I can’t recall. He was a good sport about it all and sat quietly taking all my pretentious baloney in stride.

As many may already know, I’m an art snob of the first degree. And a first-class drinker too. Although these days there’s always hell to pay the morning after. I no longer bounce back with the resiliency of my younger days. Back then I could go the limit and wake refreshed and ready to run out the door and go at it again. On occasion with my boots and coat still on from the night before. Thankfully, those days of three-day benders and poor hygiene are behind me. I‘ll tell you one goddamn thing, but let’s have a toast first. To the bad old days.