Rooster is appalled by Matt Lauer’s button, but has his own stories of corporate malfeasance. 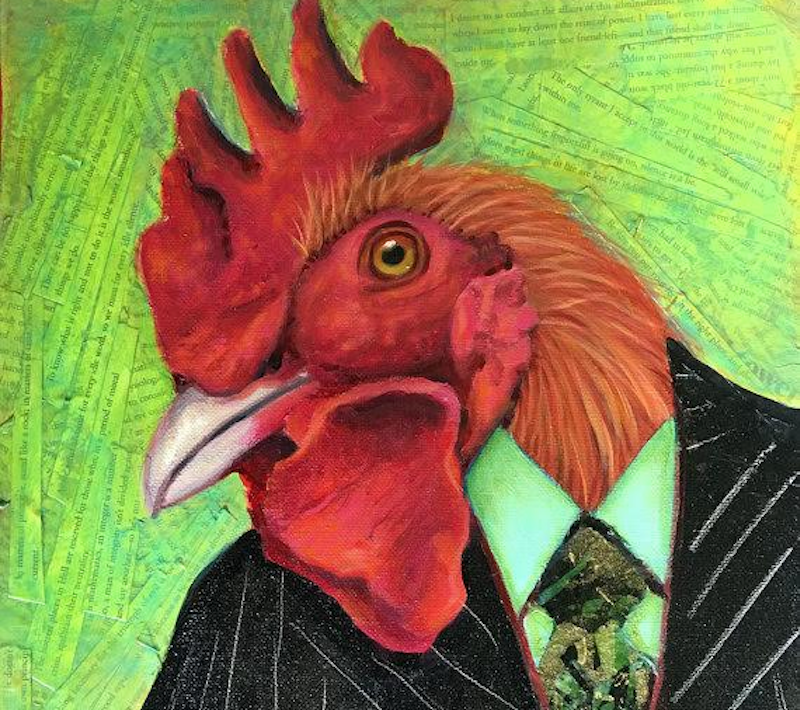 A button? Seriously? I don’t know what to say. I guess I admire his gumption. No, no, that’s something Bennington would say. Ugh, Bennington. Of course he’d have a button. He probably did when he worked at NBC in the late-1970s. Now that I think about it, my cousin was working there at the height of this “boys will be boys and serial rapists” era that’s collapsing rapidly around us. As a feminist, I support this movement. I’m so thankful that I don’t even have lips to disrespect a woman with. I’ve been with my wife Monica for many years, decades, before any of you were even born. We’re just cool like that. You know, “maybe she’s born with it/maybe it’s transdimensional immortal omnipotence.” That’s a good saying, I should write in my notes. Scraps for my scrapbook.

Really though… a button? Matt Lauer needed to trap women in his office so he could rape them? Unacceptable. I find that behavior abominable and offensive in every way. Now, a trap door? That’s more my style. When I was a divisional head of PepsiCo in 1998 I had a trap door in my office, right in front of my desk. You need that sort of thing because people just get on your nerves. Always nagging, always wanting something from you, something extra. I wouldn’t allow it—I’d send them straight to the dungeon, where they would be… hmm… you know I’m not sure what happened to them once they fell. It was a long drop, but I made sure the help put some pillows at the bottom of wherever that thing ended. I never got in trouble so I’m assuming everything I did was right and just.

You can’t go through life burdened with guilt and regret: sometimes you just have to let people drop and let them find their own way home, however long or faraway that journey is.

Monica was in the corporate game as well. She wore pink power suits and pillbox hats and strutted about the offices of The Washington Post around when we were “taking a break” in the late-1990s. She said it was okay for me to tell you all about her favorite boss hobby: stealing pencils. It seems trivial in comparison to the button (I still can’t get over that…), but Monica was going through a bit of a klepto phase, and she couldn’t help herself.

Even though most of the office had converted to computers by then, she caused a lot of stress by hoarding her employees’ pencils and pens and even stationary with their notes in her office. It wasn’t out of malice—she was just stuffing them in their desk drawer, without any thought or purpose as to what she would do with them. She went into therapy after being quietly let go when one her interns came into work with a disgusting chicken sandwich and she scratched his cornea and bruised his ribs.

Again, completely without malice or intent—she was just angry. And rightfully so! Meat is murder, and it’s no less appalling a crime than the cavalcade of sexual harassment and assault allegations coming up in the news every day lately. I stand by my wife, even if her path is streaked with some blood. Whose isn’t? The Quibbits clan is all for better days, and we see many stretched out over the horizon, a gleaming city on a hill, a global village living in harmony, peace and prosperity. Don’t worry, we’ll make it happen. It’s all coming sooner than you think.