Peek Through the Pines: Part 2

Nature is not a Disney movie. 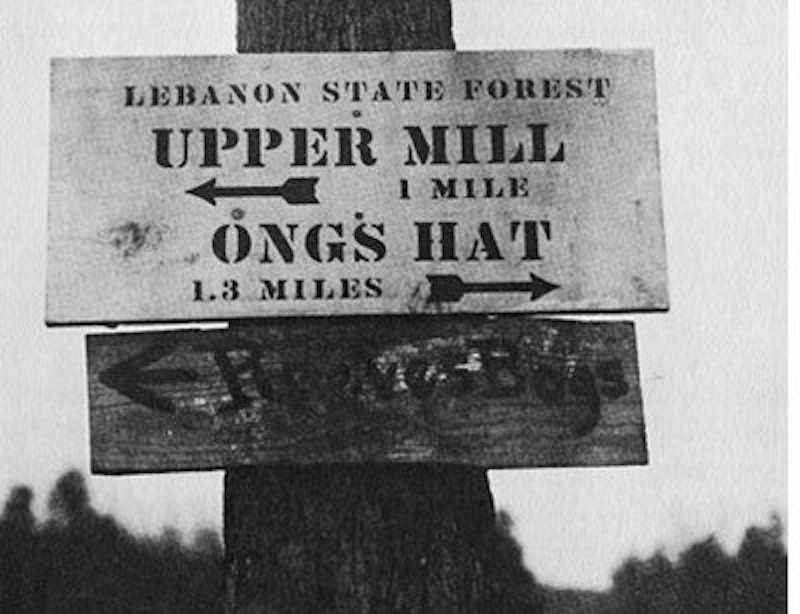 Parked outside the Ten Acres Motel in Galloway, NJ, I contemplated Will’s offer of LSD. The idea was appealing. Two years of Black Lives Matter, the ongoing African invasion of the traditional white homelands of Europe, the ghastly Hillary Clinton mouthing empty platitudes at her dwindling flock of bourgeois sheep, and I find myself skimming through Mein Kampf in the wee hours of the morning, nodding in agreement. That is somewhat at odds with my daily engagement with Alan Watts lectures on YouTube. Enlightenment may not prevent your car from being towed away or guarantee you affordable health care, but it ought to provide a means of rising above the hog wallow of mammalian politics.

The office at the Ten Acres was still locked and empty. The vacancy sign was still up. Will called again, and again it went straight to voicemail. We were about an hour away from sunset and still didn’t have a room. One thing you definitely want on LSD is a secure base of operations, a room with locks on the door and furniture, a little refrigerator full of fresh fruit and beer, air conditioning, maybe a decent view, a bathtub, and a comfortable place to lie down. Clouds of mosquitoes and the occasional rattlesnake are not appropriate to the occasion, not to mention bears. I’m okay with cryptids, except for sea monsters. The ocean scares me.

Will had been at the wheel for about five hours and needed a break. We took the lazy way out and cruised the White Horse Pike into Atlantic City and out again, checking out the various motels available. These places are invariably hotbeds of low-level black criminal activity, mainly human trafficking and hard drugs. The walls are thin, and ever since I read a magazine story about a guy getting a bullet in the testicles fired from the room next door in an upscale hotel, I’ve been nervous about my neighbors in these places. I’m nervous around black people these days anyway. I’ve observed a certain lack of impulse control among the members of that demographic, especially as regards the use of violence. It’s not paranoia: the FBI crime stats back it up. They’re dangerous. I don’t want to be around them, just like I don’t want to be around pyrotechnics or drunken off-duty cops.

We decided that the multi-story Travelodge was the best bet, so we hit the Black Cat Bar & Grill at Route 9 for some beer and checked in. Will got us a room on the fourth floor facing east, so we could get the sun rising over the shiny broken promise of Atlantic City.

“All white people are racist, Will. Black Lives Matter says so, and who am I to argue? Facts are stubborn things, as Reagan once quipped. Facts do not adjust to trend. The idea of racial equality is a nice fantasy, but it doesn’t align with the real world. When was the last time you saw a bunch of white people or Asians burn down their own neighborhood because they didn’t like a jury verdict or a cop shot one of them?”

“I know lots of black people who aren’t violent. So do you. Besides, white people are violent too.”

“At nowhere near the rate. Not all snakes are venomous, but I’m not about to pick one up to find out."

The Weather Channel did an extended piece on sinkholes in Florida. Florida is the sinkhole capital of America. It has to do with the ancient porous limestone upon which it sits and the aquifers below. In Florida, the earth can just open its maw and swallow you whole at any time, pretty much anywhere. Nature is not a Disney movie.

“Let’s go deep into the Pines tomorrow,” I said. “There’s little likelihood of feral humans or sinkholes, and I know where there might be a gateway to another dimension.”

“Google ‘Ong’s Hat’, dude. We can have breakfast at the Cracked Egg next to the Ten Acres. The place is very David Lynch. Maybe drop some acid, I don’t know. See where the day takes us.”

Will whipped out his phone and tapped the keys.

“Holy shit,” he muttered. “Ong’s Hat, for sure. We should definitely drop the acid for that.”