The good, the badlands, and the laundromats. 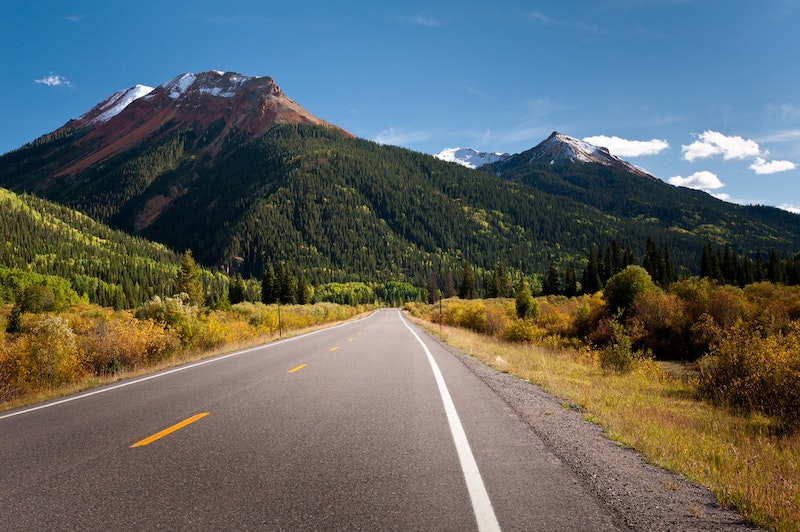 When my children were younger and we traveled, I always reminded them, “You don’t take a trip, a trip takes you.” That saying held true for the cross-country drive I just completed with my husband and our dog Bootsie.

The highlight was spending time with my family, but hiking and camping on the high trails of Colorado and Wyoming was spectacular. I felt as if one of us was going to break into song, inspired by the beauty of a summit or mountain stream crossing. We avoided the tourist traffic on the road into Mount Rushmore, but then caught a random but perfect view of it on a scenic, alternate route.

Exploring the eerie and unforgiving spires and pinnacles of the Badlands of South Dakota, I sensed a mysterious feeling of landing in some bizarre, alien planet. As President Theodore Roosevelt said of the Badlands, they are "hardly properly to belong to this Earth.”

Driving in South Dakota, Wyoming, and Minnesota, we saw no exits or signs of civilization except for an occasional herd of cattle. Despite having traveled in several countries, that didn’t prepare me to drive over 3,200 miles. As we neared Illinois and Michigan, the feeling of expansiveness disappeared and freeways, fast food, and traffic began to appear. Nonetheless, stopping in bustling Detroit to visit my favorite aunt and uncle was lovely. The city was so much more than I imagined. Beautiful architecture, sculptures lining the waterfront, wonderful food, and Belle Island, a nature oasis in the middle of the city.

One of the last side trips we made was in Pennsylvania. Flight 93 National Memorial was a sad and solemn stop but a reminder of the bravery of my fellow citizens.

Of course, there were bad parts of the trip. Travel is mostly about dreams. Dreaming you’re in some landscape or city, imaging wonderful things. Dreams can also involve hardships, testing your adaptability, confronting questionable people, or waiting for some sort of revelation. Camping is great, but going without a shower and eating space food for six days is difficult. But even without going off the grid, eating real food is not always an option. I’ve visited several Days Inns, one of the only pet-friendly hotels. The complimentary breakfast often includes eggs that feel like rubber and thawed stale donuts. I stick to the cereal and fruit. One morning I skipped breakfast after seeing a mangy coyote walk by me in the parking lot with a bloody animal in its mouth.

Laundromats sit on the border of good and bad. They’re a damp and dingy necessity. Outside of boredom and getting lost, the biggest challenges on the road are the trucks. Our country runs efficiently because of the trucks and the truckers are tough and resolute, knowing every route and road and driving them at high speeds.

There were ugly parts of my trip. Four weeks on the road in close quarters is enough to test any friendship or family bond. The wonderful epic adventure can suddenly transform into a B-rated horror film where you find yourself on a dark country road. There were stretches of time when my spouse and I wouldn’t utter a word for fear of it escalating into something we’d regret. It was then that I’d fantasize the appearance of an airport where I could board an immediate flight home. Throughout it all, though, I never had a feeling I was somewhere that I didn’t belong.