Peckish to a Fault 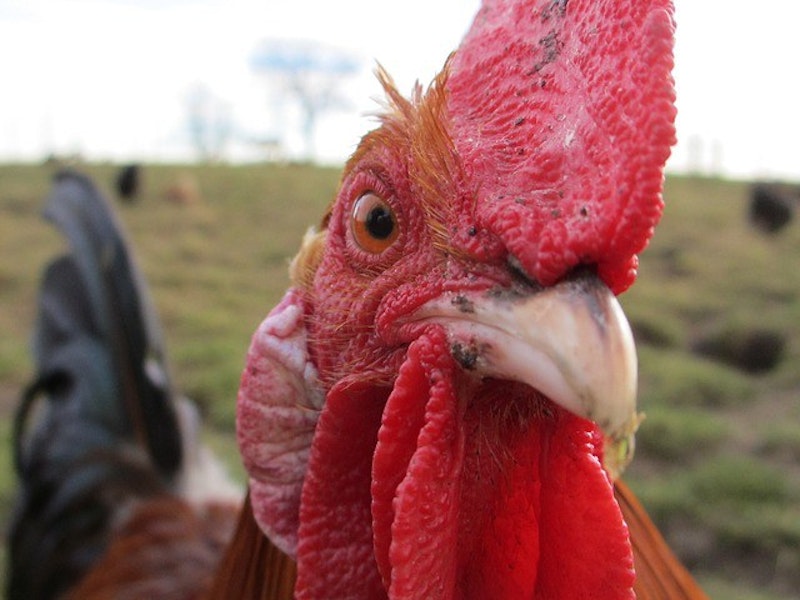 Bennington got fired today. Now it’s my problem, of course. Why can’t anyone leave me alone? I just want to listen to my Procol Harum records in peace. My friend Booker sent me Wolfgang Voigt’s new triple album under his Gas moniker, Narkopop. I was planning a nice evening of farm wheat, corn, some runs on my scratch pad, and a candlelight dinner with my wife Monica. She bolted as soon as Bennington walked in and announced himself—she can’t handle his bullshit anymore. “I’m sorry Roo—I flew the coop last time, and I’m going to do it again. He’s just too much. I don’t care what it is.” I understood and saw her off to town. Bennington was crying hysterically, heaving and drooling all over my floor. He started screaming when I tried to pat him on the back, and almost spur clawed me before I got him in a beak lock. I had to shout: “WHAT HAPPENED TO YOU?”

Bennington got fired today for sexual harassment. I had to ask where he was working, and he wouldn’t tell me. I’ve written about my insane cousin before and his reckless, nihilistic, and borderline sociopathic behavior and outlook on life, and I couldn’t imagine him holding any job where “sexual harassment” was ever going to be an issue. This is a bird that has aided in so many cover-ups, conspiracies, inside jobs, international intrigue and espionage, the black market… it was only last year that he inadvertently got my wife and I sent away to die in a damp cell in Guantanamo Bay. He’s sold people before. So this ethical issue was a bit of a surprise to say the least.

I tried my best to pry further as he continued to cry hysterically on my floor. He couldn’t stop screaming. “I WAS ONLY LOOKING! IT WAS JUST A PECK! A SINGLE FUCKING PECK!” I got him in another beak lock and looked into his beady little black eyes looking for the truth. “Bennington… please… just tell me where you work—I mean, where you used to…” He got mad. “IT WAS A NON-PROFIT! I didn’t do anything! I didn’t touch ANYONE.”

I dragged him into the mudroom and cleaned him off with a sandy beach towel (we’re big Kristen Wiig fans). I looked at him again, steely-eyed: “What did they fire you for?” He slumped down against the wall, crying into his own lap. “…I copped a feel. IT WAS JUST A PECK. I WAS JUST SAYING Hi! HELLO? IT’S A GESTURE—” I had to stop him again. “Bennington. Who did you peck”? He looked sideways like a sad dog. “…Some actress… she came in to do a commercial… I don’t know, I only took the job for the blow… you wouldn’t believe the buckets of pills that Gavin gives me—” Okay. I didn’t need to know or even just suspect that my cousin is working at Compound Media. I told him to go on. “I mean she had that dress on… barely on… and, you know, as one does—” Again with this horseshit. “Bennington: no. It’s not something normal people do. It’s very easy to not grab or assault women. There’s something wrong with you if you can’t control yourself around famous actresses.”

He jumped up and poked me in the chest. “SHE WASN’T EVEN FAMOUS! I mean how can you wear something like that and not expect to get some ‘attention.’ This bitch was—“ I spur-clawed him right then and there, because I respect women. I’m not having that problematic language in my household, even when it’s “just us guys.” I told him: “Bennington: there’s no such thing as a ‘good-natured grope.’ Our former president, a war hero in a wheelchair, had to learn that the hard way this week. Let this be a lesson to you. Stop getting involved in weird non-profits for the drugs. You’re better off selling your body on the streets or stripping. I hear that’s hip and respectable now. Look, you need to leave immediately. Stop groping women.” He started to scream “I DIDN’T DO NUFFIN” before I nailed his ass with my claw and sent him flying into the night. Old bird habits die hard.