Halloween Believes in You

Something truly horrible has been awakened. 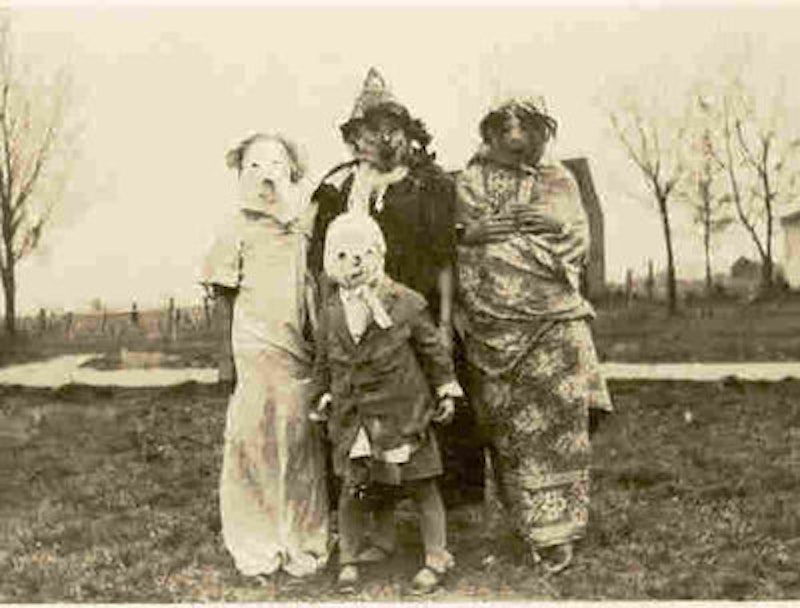 Maybe you don’t get the significance of Peter Levenda’s utterly bogus Necronomicon remaining in print as an Avon paperback for the past 37 years and worked by teenage consumer occultniks in abandoned buildings, vacant lots, doublewides, and suburban basements all over America. Maybe you’ve never taken the time to read the most important book Aleister Crowley ever wrote in his prolific literary career, The Vision And The Voice. You ought to. Everyone should. It’d make a terrific television series. Maybe you just don’t care. Maybe you don’t believe in Halloween.

Halloween believes in you. On Halloween, you can be who you are. In the American version, it goes way beyond the more traditional ethnic tributes to the ancestors and revering the deceased. In America, on Halloween, we summon demons. We do it for sport. It’s like a video game, only better. You can believe whatever you want, but just watch the pulverizing force of this particular Halloween. Something truly horrible has been awakened. Something that cannot be controlled. Something very white.

Put on your costume, wear your mask. Drink and make merry. Avoid wearing red at all costs. The color red is forbidden in these parts. “And Darkness and Decay and the Red Death held illimitable dominion over all.” The scary clown of nuclear war is back, standing at the edge of the back yard holding 99 red balloons. Masks and hoods are all the rage. The war of All Against All predicted by Rudolf Steiner a century ago has begun. Everything not prohibited is mandatory. The human power elite have awakened too late to the challenge of artificial intelligence. A monkey in a silk suit is still a monkey, and human concepts of wealth and power mean nothing to an AI connected to the vastness of the ever-expanding Internet of Things.

The massive explosion of occultism throughout Europe and America in the late-19th and early-20th centuries was a response to the technological tsunami of the Industrial Revolution, an atavistic resurgence of animism and magical thinking at a time when the once-fantastic Prometheus Plasticator of Mary Shelley’s nightmare appeared as a very distinct possibility on the horizon, and the idea of a disembodied intelligence in a box became plausible. This occult revival was also a massive precognitive event, a prediction of fire, a volkisch awakening to the dawning of non-biological consciousness.

It’s here now, at your door, dressed as Pennywise the Dancing Clown and clutching a cheap plastic pumpkin from Walmart, demanding candy. It doesn’t matter if the Necronomicon is fake. The only thing that matters is that it works. It doesn’t matter that Crowley was living a life of rock star depravity before rock stars even existed. What matters is that he told the truth. The truth hurts. Get used to it. The Vision And The Voice is probably the only narrative left for television after Twin Peaks: The Return. Now that we’ve gotten to our destination, only one question remains: where do we eat?