Halloween slouches towards us, closer every day. I must pray. 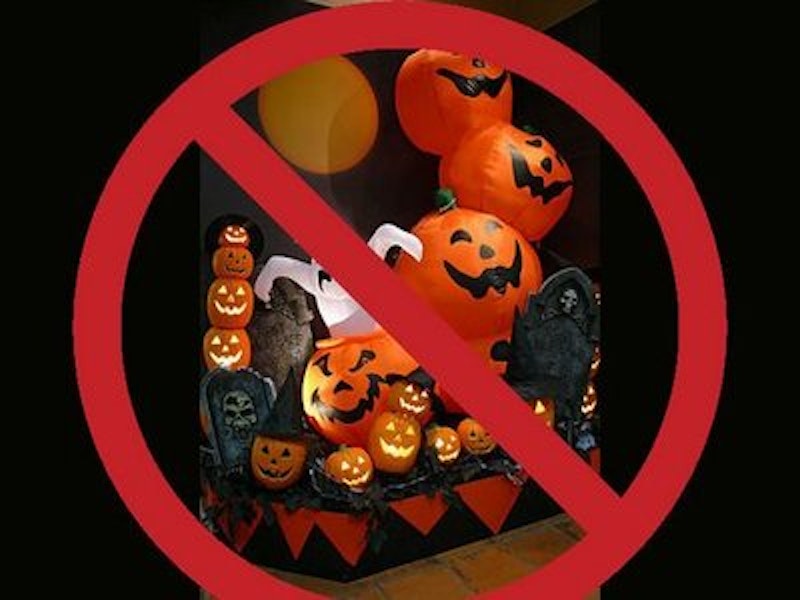 Good news! Our Russian Orthodox parish’s project to publish a “glamour” calendar featuring the wives of leading alt-right and “traditionalist” conservative pundits, the proceeds to go to charities associated with the Russian secret police, is moving forward.

Connoisseurs of female beauty, properly understood, should ready themselves for a festival of tasteful eros, filtered through a scrim of Christian modesty. Our calendar will be a jubilee of big woolen-sock feet in dung-crusted Birkenstocks, “sensible” bobbed haircuts, and bovine eyes blinking out through thick lenses jammed into “original” eyeglass frames—not to mention appealingly wide, powerful shoulders set off by the straps of the latest in hempen tote-sacks from environmentally conscious Etsy purveyors.

Aficionados of stout young women named “Gretchen” who graduated from unjustly obscure liberal arts colleges in the Upper Midwest will in particular find delight in our calendar.

One detail I can share now is that Father Nicodemus will, as they put it in the fashion industry, himself “lens” the photographs. Apparently (and to my surprise) our parish’s immigrant priest amassed experience photographing “both mal’chiki and devushki” (“boys and girls” in Russian) in, as he put it, “linoleum-floored rooms in under-heated apartment blocs in Trekhgorka, Zheleznodorozhny, and Perm, for a number of quite remunerative Scandinavian-registered websites.”

I assume that these websites were in some way associated with the Moscow Patriarchate of the Holy Russian Orthodox Church, and that good, snickering Father Nicodemus’s “remuneration” consisted of the blessings of Patriarch Kirill—may the grace of God be upon him.

The question of how to prevent the Halloween invasion of our Benedict Option property continues to pose itself. Young pagans costumed as ghouls and whores and demanding high-fructose sweetmeats in what amounts to extortion—well, as I put it decades ago to a rather handsome sodomite who, to my startled surprise, propositioned me in a Cleveland bar called, as I recall it, the Sailor’s Hammock, “None for me, thanks.”

Two years ago, the last time we were less than scrupulous about protecting our rural homestead from the ravages of Halloween, we were paid for our inattention by the most appalling graffito, rendered in shaving cream on the large boulder that guards the mouth of our dirt access road. “MR. HARIS [sic] HA HA GO SUCK A KING-SIZE JUMBO DICK” read this absurd bit of temporary vandalism. It was the work, obviously, of local louts offended by our Orthodox witness.

Last year we barred our front gate on Halloween night, thus protecting the boulder—but not the gate, which was ripped off its hinges, I suspect with the help of a winch on a pick-up truck.

This, I’m sure, was an “inside job”: I’m convinced that Daughter, with whom I was particularly at odds last year, put some of her local acquaintances up to it, though my inability to find proof stayed my chastising hand. Discretion seeming the wiser choice, I donned my most rugged sandals and shortest khaki shorts and spent the day repairing the gate, using our communal welding rig and sheet metal scraps I salvaged from an outbuilding. As I worked, I reflected on the fact that, thanks to God’s grace, I, who had once set out to be an attorney, had become quite good with my hands. As the Russians say, man proposes, but God disposes.

Brother Aiden has proposed one idea for how to “fend off Halloween,” as he puts it. The week before that witches’ bacchanalia is our slaughtering week, during which Aiden and I plan to eviscerate Bessie, a chubby heifer. Aiden suggests mounting the bovine’s skinned head on a pole outside our gate, to repel trick-or-treaters.

This is a typically obtuse solution from Aiden. It would seem to me to be rather more in the spirit of Halloween than against it, and it could well violate Indiana health ordnances. Yet it is a solution, whereas I have offered none.

And yet Halloween slouches towards us, closer every day. I must pray.