Another day at the blurb desk. 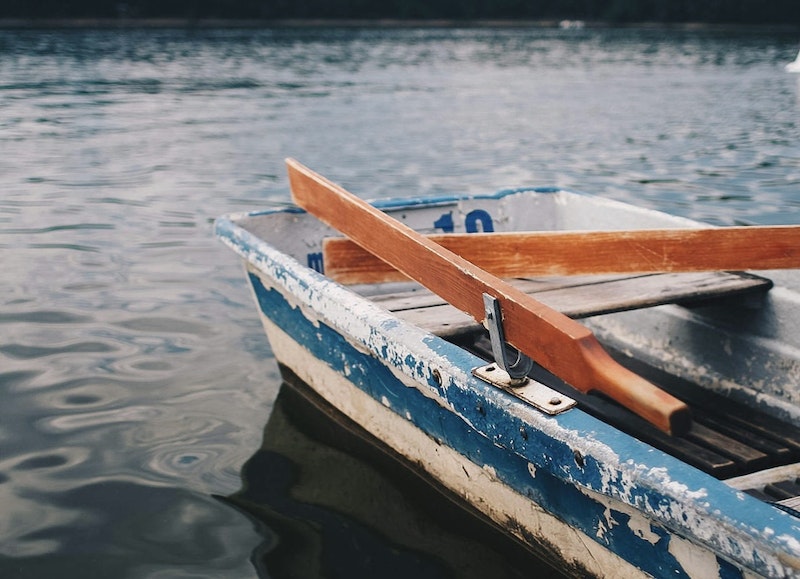 Lawrence was in the midst of a peaceful dream involving himself sitting in a row boat, with only one oar going in slow circles while watching a pastel sunset when the shrill alarm snapped him awake and thrust him into the cold reality of his messy bedroom. 7:08 a.m. Before hitting snooze, he checked his phone. A long text from Frank, his old friend whose days were numbered at the publishing company. There was a rumor that it may be going out of business.

“Lawrence! Emergency in the Blurb Dept! Mona took off for Spain and told us she’s had it with reviewing and ghost blurbing. Can you send 10 by 11 AM? He said he’d double the rate! Thanks, man!”

Lawrence replied, “Got it. Too early for exclamation points.”

Lawrence sat up and rubbed the crust out of his eyes. Geraldina the old gassy French bulldog moaned at the foot of the bed. Lawrence rubbed her belly, stumbled to the floor, and turned on his record player. He cued up “Stuck in the Middle with You,” and then made his coffee and found one lemon muffin left in the baking tray.

A few minutes later, he sat down at the desk, yawned, sipped the Italian roast and ate the muffin. “How much longer can this last?” he wondered.

The first blurb was for a well-known author who was praised relentlessly in the early-2000s. The new one was supposedly awful. Lawrence did some research.

“His work has been translated into over forty languages…but the translations were done under the table, mostly via Google Translate, and those translated editions were sloppily published, then sold so few copies that many were remaindered and sent anywhere that would take them, dentist’s offices, neglected libraries in rural towns, soup kitchens, etc. This new one should be listened to via audiobook while doing chores. Tolerable.”

The next blurb was supposed to include issues with semi-colon use. Hmm.

"This collection includes superfluous semi-colon usage; often connecting thoughts in a haphazard and confusing manner. Was an editor present?”

By then, Lawrence found the rhythm and the blurbs bubbled up out of him.

“The sentences overflow the page, inundating the poor reader.”

“A lackadaisical tour-de-force of unassuming tangents and entangled plots.”

“A thriller, set in the swamps, with raunchy prose to keep the reader on their toes.”

“A document of boredom, plagued by fanciful forays into philosophy.”

“A heartfelt, gut-wrenching pyramid scheme of cliches and tired tropes with a lovely wallop of an ending.”

“A cut-and-paste, entirely forgettable Sunday drive of a novel that should be left in the garage.”

“A bone-dry fantasy with robotic characters and inane dialogue, yet containing moments of palpable chaos.”

“This collection is impossible to put down…due to some kind of industrial adhesive that leaked onto the back cover of this reader’s copy. I finished it in one sitting and then had to rip the back cover clean off. Otherwise a promising debut collection.”

Done. Sent. As Lawrence got up from his desk, Geraldina poked her head up to see if it was time for a walk. Lawrence made an omelet and proceeded to collapse back into bed.