Withstanding the g-forces of media’s U-turns. 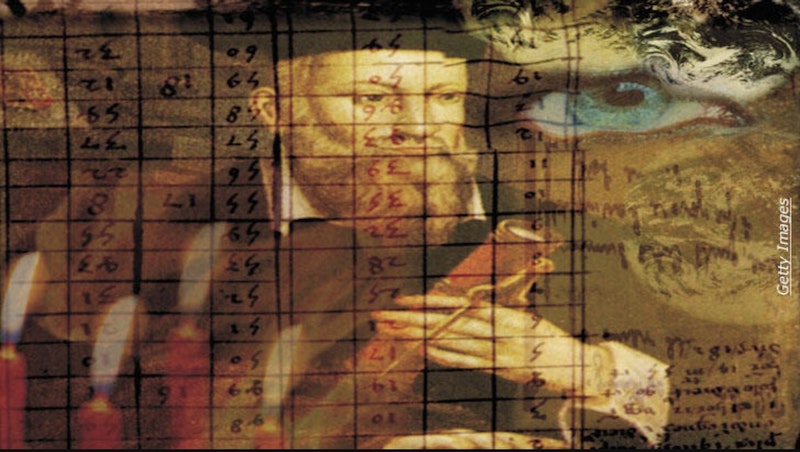 “All bound for Mu Mu Land,” prophesied one of the most insightful pop songs of all time, “Justified and Ancient” by the KLF. The band meant the mythical lost continent of Mu, but KLF (writing as the Justified Ancients of Mu Mu) also released a postmodernist dystopian sci-fi novel four years ago called 2023 that makes it clear they’re more interested in the bizarre ways our own society is being transformed—including by omnipresent surveillance and all-pervading, deceitful media. Things are right on schedule, with the Mu variant of COVID the latest excuse for tightened controls but surely not the last.

Indeed, a few public health officials have gone slightly off-message and admitted the current regime of lockdowns, masks, and/or vaccinations is never really expected to end.

As with various prior threats—communism, poverty, drugs, terrorism, the financial crisis, suddenly-urgent racism—no one claims these things aren’t real. The question is how quickly we’ll fold and become self-abasingly compliant when these things are trotted out mechanically as reasons to obey the authorities, public or private, who pretend to ameliorate the problems. We may have reached the point at which most people don’t question the need for censorship as one of the tools in the establishment’s response kit, but even if we completely cede control of the narrative to that establishment, I’m beginning to wonder how long it can survive blatant reversals in its own messaging.

At some point, even the most slavish and dutiful populace just gets exhausted trying to keep up.

Take Merck’s drug ivermectin, newly popular as an off-label anti-COVID remedy. I don’t know if you’d be helped much by the drug, but I know you’re being propagandized about its risks when establishment-magazine-disguised-as-rebellion Rolling Stone spreads the utterly debunked tall tale of Oklahomans with gunshot wounds turned away from healthcare facilities because of the numerous ivermectin overdose cases purportedly flooding hospitals. Do you think that’s merely a story Rolling Stone looked into and accidentally got wrong (one repeated by beloved propagandist Rachel Maddow and not retracted days later even after Rolling Stone admitted it was false)?

And the story just happened to check four establishment messaging boxes: COVID skeptics, dumb rural Americans, inadequate access to healthcare, and rampant gun injuries to boot. Since the photo Rolling Stone tweeted with the story was obviously fake as well—ostensibly showing hapless Oklahomans bundled up in heavy winter coats amidst the recent 90-degree weather, waiting in vain for their gunshot wounds to be treated—the editors might as well have photoshopped the evil Trump into that line of desperate patients while they were at it. Damn him! Damn them all!

At least Rolling Stone grudgingly admitted they were wrong. It won’t stop them from expecting us to believe and obey the next time, though, and that’s the amazing part, like mandatory amnesia to go with your mandatory COVID protocols. How long can the mainstream keep up this deadpan pretense of being authoritative? We’re all onto them by now, yet their phony act continues, like a tour guide whose smile gets tighter as her pretense that she’s not lost becomes more and more embarrassingly unconvincing.

Would it kill the establishment to say “maybe” or once in a while say the three magic words “I don’t know”? Perhaps they fear it would. The pretense of authority, they may now fear, is their last defense against the vengeful mobs they deserve.

To those paying attention, the establishment’s pretense that it knows what’s what has become so hollow that when it’s trotted out nowadays, it looks like a relic from the mid-20th century, when a few stentorian newscasters had the trust of an entire nation. Take this condescending piece in the Telegraph about UFOs, for example. It’s the slightly sad tale, meant to illustrate a far wider problem, of one man who gave up much of his life to research UFOs without acquiring any hard evidence, making almost a religion of it all. An easy story arc for any reporter to construct, I could almost have written it myself a decade or two ago, in a more snottily dismissive mood than I can lately summon.

But isn’t there something weirdly anachronistic about the piece appearing just three months after the U.S. government admitted it doesn’t know what UFOs are, has been harried at military testing sites by them for decades, and has been keeping many such cases hush-hush? Not that we have for-sure aliens on display, but don’t we now have enough official uncertainty on the topic to rein in the old “Look at this poor sad-sack who believes in flying saucers like a cult member” routine of marginalization and derogation? Any honest writer knows you can make any group sound like a crazed faith community, after all—bowlers, RV enthusiasts, punks, etc.

You can always say with pity that one part of life is leaving less time for other parts of life. This doesn’t prove the first part is wrong. “Telegraph reporter Jose A. Del Real’s obsession with journalism was now taking in some cases more than eight hours a day,” blah blah blah. Rote exercise. Is that Telegraph article a mere lazy anachronism, though, or is it a conscious attempt to make us forget that big official UFO report back in June and fall back into the same old arrogant, supremely confident mental rhythms? How easy that would be—on this topic and on so many others on which we’re invited to play along.

UFO reporter Richard Dolan last month noted that the Google division known as Jigsaw some time ago released a report on combating online misinformation, and the seemingly random examples the group used of false beliefs that might require reining in by tech firms and media included: that U.S. voting has been plagued by election irregularities, that UFOs exist, that child abusers are common in government, and that COVID is used for social control.

But not only are these all things that are (in some sense of the words) demonstrably true, they are things the liberal establishment itself sometimes tells us to believe, depending on whether it helps them strategically at the moment (recall how vulnerable to tampering elections were when it was supposedly the Russians doing it, just a few years prior to election tampering becoming a ridiculous nonsense topic non-problem only coo-coo Trump supporter yahoos could ever take seriously).

People must by now be so dizzied by the establishment’s reversals about whether a topic is taboo that, perhaps by design, they no longer really remember what the facts were about the topic in the end, only remembering when we received signals about whether it was fit to discuss. Take Hunter Biden’s laptop, which he not only admits losing (repeatedly) in a recently-released covert video but admits contained very embarrassing material and admits fearing he lost to Russians specifically. The facts haven’t really changed in that story, but an honest observer knows that the social penalties for talking about it sure have.

Likewise, notes Dolan, comedian Jon Stewart describing COVID as obviously emerging from the Wuhan lab suddenly shunted that topic from the “disinformation” to “common knowledge” column whether the rest of the establishment was ready or not. But how many liberals will admit, even after nervously chuckling to their nightly cues from various hectoring Daily Show veterans for two decades now, that they await permission from figures like Stewart before reacting logically to what is plainly true? Wouldn’t want to be out there all alone acknowledging facts! It would be like laughing before the rest of the studio audience does.

Naturally, amidst this increasingly contentious fight between the establishment narrative and the boldly off-cue, ridiculed idea-mavericks, I find myself rooting for Spike Lee (whether he’s right or wrong, crucially) as he gets assailed for (almost) granting lots of time to 9/11 conspiracy theorists while he was in the final editing stages on his new documentary about New York. I’m rooting for him more than I would’ve 20 years ago, anyway—rooting for anyone they try to shut up, basically. Culture-jammers, Flat Earthers, doomsayers, commies, and religious nuts, almost all is forgiven.

The establishment would have called you crazy in early-2002 merely for suggesting the Saudi government played a role or that the Bush administration helped bin Laden family members quietly exit the country right after the attacks. Now facts like that are an uncontroversial part of the historical record, as is the Obama administration’s efforts to squelch later investigations into the role of Saudis or CIA assets in it all.

Yet, just as the government succeeded in popularizing the term “conspiracy theorists” to dismiss critics of the Warren Commission on JFK’s death, the establishment has succeeded in leaving us all with the vague recollection that people who questioned the official narrative on 9/11 were crazy. Perhaps many were, but lately I fear our whole society is in danger of being vaguely recollected eventually, if the establishment so wills it and we shun all heretics. We might all be healthier for an occasional injection of the Spike protein.