I Nearly Drowned in Maui

And the man responsible just shrugged and swam away. 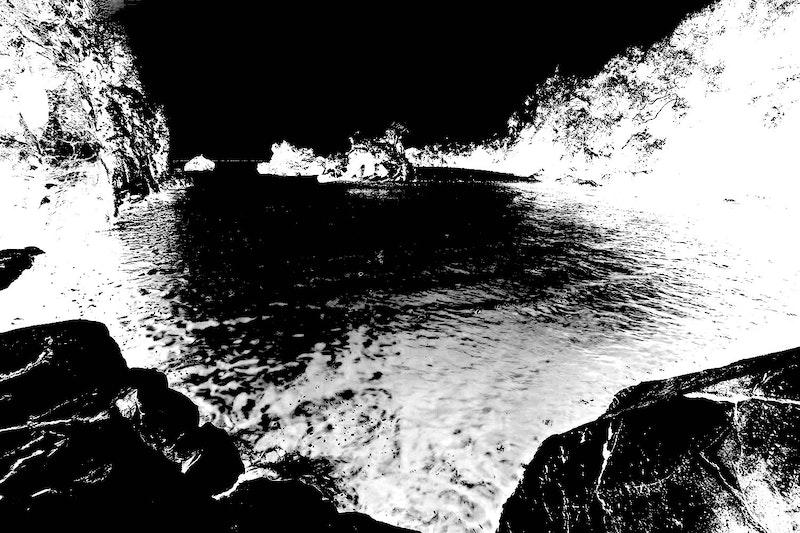 In 1994, I traveled with several friends to Maui. Midway through the trip, we drove four hours to Hana on the backside of the island. We visited the Seven Sacred Pools, a series of ponds and waterfalls stretching from the mountain to the sea. At the lowest pool bordering the ocean, the pond was split in two by a reef.

As I walked atop the reef, I noticed a Hawaiian man diving into the pool, disappearing, then reappearing on the other side of the rocks.

“There’s an underwater tunnel beneath the rocks. You can swim from one side to the other.”

“Can you hold your breath for 30 seconds?”

I told my friends I was going to swim through an underwater tunnel to the other side of the rocks. One friend reminded me I was Jewish, not Hawaiian.

“How about Mark Spitz,” I replied.

I took a deep breath, dove beneath the water and looked for a tunnel. The water was murky and I couldn’t see anything. I came up for air and asked the Hawaiian diver where to find the tunnel opening.

“Feel the rocks with your hands. When you feel a large gap, that’s the tunnel. One you’re inside the tunnel, look for a dim light and swim towards it.”

I dove again, pressing my hands along the underside of the rocks. An opening appeared. I swam forward, my hands in front of me feeling the rocks. Suddenly, I panicked. I kicked hard propelling myself forward. My head slammed into the reef. I became disoriented. I tried turning around but the tunnel was too thin. I swallowed water.

I dove deeper and swam into a dark opening. The water became cold. I felt I was running out of air. My shoulders scraped against the rocks as if the opening was getting smaller. Filled with terror and thinking I was about to die, I swam into the darkness. A faint light appeared. I moved toward it, kicking and flailing.

The water grew warmer. I looked up and saw the sun shining through the surface. I kicked upwards and my head exited the water. I took a deep breath and coughed. I looked atop the reef and saw my friends staring down at me.

I learned I’d been underwater for nearly two minutes. I sought out the Hawaiian and screamed at him, “You asshole. You nearly killed me.” He shrugged and dove back into the water.