A Multitude of Meditations, Ruminations and Observations

A series of vignettes on a variety of subjects. 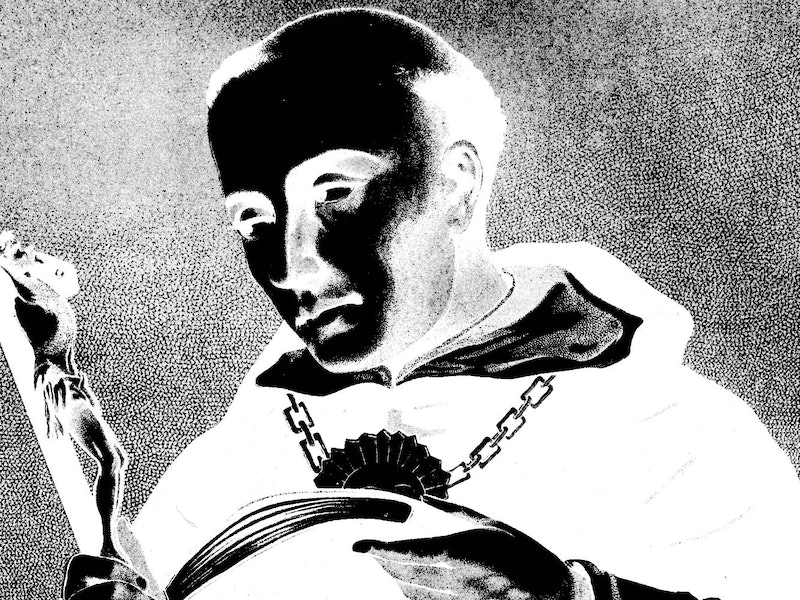 —St. Thomas Aquinas drew distinction not only between the virtuous and the vicious and the virtuous and the incontinent, but between the virtuous and the continent; the vicious lack proper reasoning and are attracted to doing the wrong things; the incontinent give into the temptation to do wrong even though they know it’s wrong; the continent are tempted, emotionally, to do wrong but resist temptation by force of will and do the right thing. The virtuous person, on the other hand, does the right thing without internal conflict and derives pleasure from doing so. Dr. Edward D. Blake Jr., who attained sacred knowledge from The Man with the Gold Car when he rode “shotgun” in that legendary, holy pure (24 karat) gold machine for hundreds of uninterrupted hours, reinterpreted Aquinas’ thought: True virtue would, in fact, be to gain full awareness of the temptation to do wrong and to know intimately and from every angle that temptation and its power, but to then do good automatically and with pleasure, like Aquinas’ virtuous man; to be fully aware of wrongdoing but to “unlearn” temptation toward it and do right without conflict and with the readiness and good-hearted enthusiasm of the uncorrupted innocent.

—Danny Cater clung to life with the heroic determination and tenacity of 10,000 9/11 firefighters, and he did so for one reason only: so that he could share with the world his hilarious and insightful offering in the evergreen “The year is...” genre of tweets. “The year is 2044. Competitive tweeting is now an Olympic sport. Hellsite gold medalists are on boxes of Wheaties y’all.” Mustering a quivering whisper of a self-satisfied smile, the grip that the damp little fingers of Cater’s gross ferret-paw-like hands slackened and he slipped into a coma.

—Servais is hard up for cash and has a number of habits to feed and so he takes some of his books and LPs to 2nd and Charles to sell for some cash. Like pawn shops, record stores and thrift stores, 2nd and Charles preys on the desperate and pays chump change; the smarter play would, of course, be for Servais to sell his items on an online auction site or via the marketplace of an online retailer, but the delay in getting paid makes these more equitable routes for selling off one’s goods a non-starter for a man in the former big league backstop’s position. He called many a good game for the ‘Stros and Cubbies, but he fucked the dog by taking his wares to 2nd and Charles.

When, after hours of waiting, the grizzled man’s man received a text message informing him that his “buyback offer” was ready, he was less upset by the insultingly low offer for his things than he was seeing that the girl behind the counter had scrawled “Asshole” next to his name on the seller sign-up sheet.

“Ex… cuse me, sir?” the young man who was assisting him gulped dicklessly.

“I’m not talkin’ to you, fuckface,” Servais said tersely. He pointed his permanently dislocated left index finger toward the female associate, that digit’s mangled condition the result of a nasty Kevin Tapani splitter. “Talkin’ to that fishy white porcine cunt over there! You keep me waitin’ in this fuckin’ shithole for goddamn six hours then you call me an asshole?”

“Oh yah? Get him. Throw his ass on the other side’a that wall,” Servais roared, the veins throbbing in his neck and forehead. “I’ll burn this goddamn dump to the ground, you fat fuckin’ bitch!”

On a related note, Servais went on to spend that night in Anytown Jail.

—Brian Powell might be described as being drawn and quartered, spiritually, by the various impulses and yearnings in his mind and of his heart. Like many who grapple with some form of depression, he feels a powerful desire to return to childhood innocence and simplicity, while also feeling an at times overwhelming need to “die his brains” with drugs and alcohol; the part of those brains that compels him to write, and that affords him whatever iota of creativity he may be said to possess, also exhausts him. His “creative process” generally involves putting on a pair of weathered old studio headphones, turning the volume up as loud as possible, and playing the same song or pair or trio of songs on repeat until the day’s writing is done. The song(s) might be slathered in some form and degree of personal “resonance,” or might be a mindless, aggressive hip-hop song, or both (“Panda” by Desiigner). Part of Powell wishes to make up with an ex and remedy past mistakes, while another, equally powerful part wishes to live ascetically or at least hermetically. The push and pull is exhausting and painful.

—“Wherever you are, well... there you are.” So said Buckaroo Banzai. But this isn’t necessarily the case anymore. Cell phones, in particular smartphones, have enabled us to be in multiple places at once, and not for the better, according to social critic and Brian Powell scholar Dr. Johannes Climachus. “Whereas two people could, almost needed to, bond quite deeply during a long car ride by virtue of their being more or less one another’s only entertainment, now the passenger will be only partly present, while he immerses himself in the ‘endless scroll’ of a social media app, and the driver listens to a ‘true crime’ podcast.”

—Camden Camden was offered a promotion and a raise at her employer, Market Research Corp. For an additional $20k per annum, she would be expected to service clients and senior management. Some folks considered this to be “offensive,” “inappropriate” and the like, but as sex work is no different than work, these reactionaries needed to adapt to the changing times or get the hell out of the way. On the same note, a waitress encouraged by her manager to blow him in exchange for a more desirable section of the restaurant is merely being offered an advancement opportunity. Checkmate, libs. —Rod Hugedork, Listen Wacko: The Final Writings.

—Jack Chaser, aka “Detective Death,” didn’t think much of this “defund the police” crap. That is, until he was told that a bunch of pipsqueaks and shitstains in his city—Anytown—were holding “defund the police” rallies. He was so focused on stamping out the resurgent Mob, you see, that he hadn’t even known “defund the police” was “a thing.” Now that he did, though, these knuckleheads were at the top of his shitlist, boy.

—“Martino’s Pizza, home of the Slammer Jammer. Will this be pickup or delivery?”

“I want a pizza with everything, you hear me? And tell the boy I want it in 30 minutes or less or no tip.”

“Yes, sir. Could I have your phone number, please?”

“What the hell d’ya need that for? All I want is a pizza with everything!”

“Ha! Fat chance. Tell the boy to make that pie well done, too. You know what that means? Cook it extra. Well done. With everything.”

“What?! You gotta be shittin’ me, you little booger. I’ve been ordering from you people for years and never had any problems ‘til now. You think I’m cheap? Hah? ‘Cuz I’m not. I’m a good customer. Good tipper. Ask the boy. He knows. Ever heard ‘the customer is always right?’ A pizza with everything. Make it happen.”

—I remember when I was a young kid, nine or 10 or so, and my older brother and I were obsessed with World Series Baseball for the Sega Genesis. We ran franchises, each with an AL and an NL team. Usually we’d draft teams—my friend Daniel McDonnell came over one day when we were playing; I’d made my AL club the California Angels, as they were then known, for some reason, and one of my star players was power-hitting third baseman/uniform Nibbler Matt Williams. “M. Williams? On the Angels?” Daniel wondered aloud—and really have some incredible rosters. That window of, like, ‘93-’97 or so was the height of my MLB. enthusiasm, not least because my beloved Orioles were competitive and my favorite player and boyhood hero, Cal Ripken Jr., was breaking the “Iron Man” record and then adding to it with each successive game played. (My Dad, who has always enjoyed belittling my heroes and inspirations, was sure to point out during a family trip to see the O’s: “Cal is a great player; he is not a great, great player.”) Playing World Series with my brother and comparing notes on our franchises was my favorite activity in those days. It wasn’t until years later that I understood the pull my brother felt at that time, struggling with addiction, to go out and use when the opportunity presented itself. We had planned a Friday night marathon of franchise games, maybe our Mom had gotten us a pizza, everything was perfect… then one of his friends would call, and he’d guiltily say he was going out but should be back pretty early. Sometimes I’d wait up ‘til three with no sign of him.

Sometimes he’d come home pretty early. Sometimes my Dad would become enraged and tear down posters of people like Jim Morrison from my brother’s bedroom wall, as if “Mr. Mojo Risin’” was responsible for his son’s substance abuse.

Now, so long after that, I’ve been the one pulled away from loved ones with whom I want to spend time, more than anything, except the irresistible siren song of the drug or the bottle. There’s no logic to it, it’s not a question of willpower or conscious choice—it’s like a boulder rolling downhill that can’t be stopped or toothpaste that won’t go back in the tube.

—Ask me anything, but DO NOT ask me why I keep seven pink alligators in the white tile swimming pool.

—I remember one Christmas, probably when I was seven or eight, my Mom got me a white and sky blue horizontal striped Bugle Boy sweatshirt with a graphic of some kind—maybe a red anchor, that sounds right—on the chest, and I was wearing it when she dropped me off at Charlie Doss’ house while she went to Herman Park to participate in a tennis match for the high school girls’ tennis team she coached. I had my ups and mostly downs with Charlie over the years—he was a mean-spirited little shit—and on this occasion he pulled a pocket knife on me and made to stab me, and I had this horrible, sickening feeling I’d never see my Mom again. Fortunately Charlie’s older brother grabbed him and threw him on the floor.

—Some called him “The Sexiest Man in Show Business.” Others called him “His Royal Airness,” on account of his impressive vertical leap. Still others called him “Mr. Charisma,” because of his charm—somewhat superficial, glib even, but undeniable. He often said, “You can call me anything—just don’t call me late for dinner!”