A lament on the Permanent Sexual Revolution. 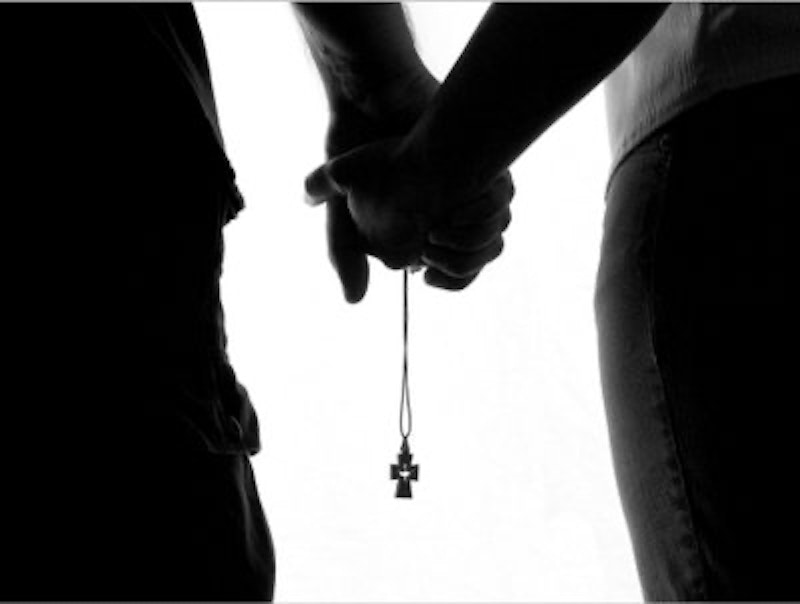 I’ve written a lot about how Daughter, having reached adolescence, has entered into a career of disobedience that taxes Mother’s and my patience. Her latest outrage is her insistence that she be allowed to receive a vaccination against human papilloma virus, on the logic that doing so will protect her from cervical cancer.

Well. I must say that that request from the 13-year-old girl fell with a thump on the homemade table at which Brother Aiden and I sat after dinner. We were sipping gooseberry brandy while Mother and Sister Marie cleaned the dishes and sorted the remains of the food for mulching, when Daughter minced up and made the demand, a nasty little smile on her lips.

“You want to do what?” Brother Aiden asked, and I’m sorry to say that there was gleam in his eye at even this very vague intimation of Daughter’s sexuality, which is budding in concert with her fine, rose-tipped breasts.

So here was another problem that Daughter had brought me, dropping it in my lap like a filthy cat might drop her latest stinking kill. Even the dinner hour is no longer safe from the predations of the Permanent Sexual Revolution, as embodied by our own children—corrupted, despite our best efforts, by the poison of our late capitalist Western culture.

Her question has put me in a bad position, which of course was her goal. All things being equal, I’m against cervical cancer, and hope my daughter doesn’t get it. Yet, at the risk of being banal, it’s easy to avoid the HPV that can lead to that cancer. One can simply refrain from introducing HPV into the vaginal environment in the first place, by whatever vector in question: the probing digit; the deep-penetrative latex phallus; the rigid, throbbing, infected penis. To paraphrase Josef Stalin, that Russian Orthodox seminarian turned gloriously stern Russian tsar, “No virus, no problem.”

But of course, from the point of view of the permanent sexual revolutionary, poor benighted Mr. Harris is missing the point. From this point of view, the introduction of the virus into the female sex is a foregone conclusion. The expectation is that contaminative sex-play among our daughters is inevitable, even desirable. We’re duty-bound to accept that fact and take measures in the direction of “harm management.” Thus, HPV vaccination.

And my position is this: HPV vaccination offends against the sanctity of the female human body, as created by God, the Logos. The cervix and its related components—the vulva, the labiae majora and minora, the dewy clitoris—are not, collectively, a zone of animal pleasure. They are as radiant with the Holy Spirit as the rest of the human body. Treating them instrumentally, as places in which godless contemporary medical technologies can do their soulless work, is therefore to offend against Christian anthropology—against God, and His Creation itself.

So no, Daughter will receive no HPV vaccination if John M. Harris can help it—and neither will Mother, for that matter. (Though of course her vagina’s career as a vessel for penetrative exertions nears its end.) The profane will accuse me of putting Daughter’s life in danger. To them, I respond that I’m actually doing the opposite: I am paying tribute to the spark of His divinity that burns within her moist privates.

And if Daughter contracts cervical cancer? That will be sad, but we must all bow to the will of the Lord. She will die, but she will not betray her God, and she will learn wisdom: We are put on this earth not for pleasure, but to suffer, and die.