Monica in the Rubber Room

A devoted wife visits her husband in the hospital. 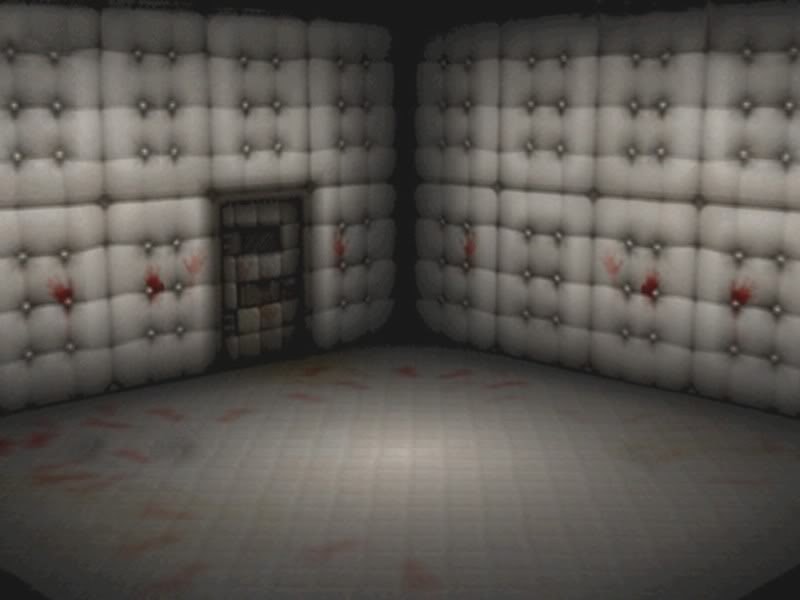 …The doctor’s office is always too cold. Why can’t they turn the heat up in here? I mean what is this? A morgue? Am I here to identify my husband’s body? Check his beak and claw-tag? No! I’m here to visit him and support him, my Roo…

Dr. Mendelsohn walked out, smiled, and put his hand out for a shake. I jumped up and spur-clawed him and he let out a small shriek, but he pulled it together before his secretary noticed. Playing it cool. He’s probably having some sort of affair with her. Maybe he and his wife have some kind of arrangement. But I don’t think so. He seems like a nasty man. He’s not even trying to make my husband better. He doesn’t care about Roo. I even think he wants my husband dead and will kill him or ship him out to a labor camp the first chance he gets. I don’t like this man. Not one bit. Why is he keeping Roo in a rubber room? Why would my husband hurt himself? He’s the strongest person I know. But I know this is getting to him.

“You can step up here and view into your husband’s room, Mrs. Quibbits.”

I shot him a glare rather than my claw, and he flinched and stepped back. “You really shouldn’t do that, Mrs. Quibbits. You should be careful…” He was almost out the door now. “You might end up in there with him.” I spit as the door closed, turned my head and looked at my hubby in his rubber room, a zoo animal for an audience of one. Writing furiously. There are stacks of notebooks filled with… something… covering half the wall behind him, and he’s writing in three new ones simultaneously. I wanted to read whatever he was working on because it was keeping him happy, or at least sane. I can see him, and know he won’t look up because he doesn’t know I’m here, and he hates the doctors. He won’t cooperate, which would probably get him out of here sooner and clear up this whole misunderstanding about psychosis and political intrigue. The Boehners are just family friends, and neither my husband nor Bennington, his disgusting lout of a cousin, have ever socialized with the Trumps.

I see the title page and I can’t quite make it out… I’m Always So Stoned… I need to get him out of here. Whatever happened to nice titles like The Sun Also Rises, or To Kill a Mockingbird, or Tropic of Cancer? This garbage they’re giving my husband. Feh! I’ve had enough of it. I tried the handle to the rubber room and it was open—I guess they didn’t count on opposable beaks. These people and their instruments. I don’t trust them. I walked as quietly as I could in that rubber abomination of a holding cell and picked up a little manuscript of the work in progress that Roo put together for himself. And I start reading. He doesn’t notice me for hours, not until the door shuts on both of us.