I’m now convinced there are forces in this world that can’t be explained away by science. 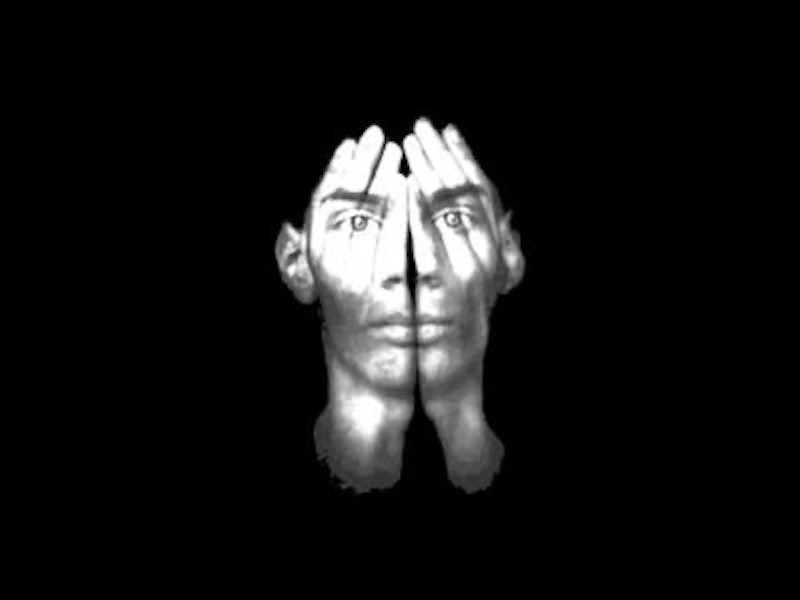 Elyn R. Saks, whose fascinating memoir of a lifelong battle with schizophrenia, The Center Cannot Hold: My Journey Through Madness—I recently read it as an in-patient in a psychiatric hospital—writes about taking mescaline as a teenager at a drive-in movie theater:

“The images on the big screen were slowly oscillating, like runny watercolour paints. At least that’s what I saw; everybody was reporting something different. For me, blue green was running into orange pink, yellow was slowly colliding with green and brown, and the skin on the actors’ faces had started to look like stretchy Play-Doh.”

After the trip, Saks felt nauseated, and aware of unseen, sinister forces around her. It’s the beginning of a lifelong struggle with schizophrenia. As a 15-year veteran of psychiatric hospitals, I’ve met many schizophrenics whose use of hallucinogenic drugs, they believed, led to the condition. Saks gives examples of what she said to people while in the grip of psychosis:

“Nefarious things are going on. I’ve been cornered and the points are pointed. There’s an effort under way to kill me…come to the Florida sunshine tree. I’ve killed hundreds of people. I’ll kill you too…”

The hallucinations continue, she imagines a man with a knife standing before her, and large spiders on the wall that only she can see. Kleinian psychoanalysis and psychiatric medication are her lifelines in an existence ever haunted by the sudden emergence of a terrifying periphery world.

I took magic mushrooms in Amsterdam at 19, five months before my first hospitalization. The friend who I was with had a bad trip, mine was revelatory, albeit disturbing. Staring into the mirror, one of my hands turned into a spider and crawled up my arm, then suddenly vanished. Later, when he begged me to go to McDonald’s (we’d been told that eating sugary foods could offset the effects) I stared at dancing elephants on the table, enraged at him, and the thought dawned on me: I’m a psychopath and I must kill.

By November of that year I was prescribed Lithium to deal with “textbook” Bipolar disorder. It was the start of my war against psychiatry. That I’m currently typing this inside a mental institution may make the reader presume my victories have been pyrrhic.

For as long as I can remember, I’ve had a fascination with the occult. Since the age of 12 I’ve read biographies of serial killers, extreme horror movies, the music of Marilyn Manson, and any books on abnormal psychology, or Crowleyite magick, not to mention my hunger for street drugs, which I’ve only recently been able to control.

As a child I was subject to intense night terrors. The nightmares continue, the worst of which occurred in 2012 before my admission to the Tarn, a secure psychiatric ward in Woolwich. In the days leading up to this nightmare I’d fallen victim to what is commonly referred to as “dysphoric mania.” While I had the same rushing thoughts and increased energy of my previous manic states, it was dark and tortured, as opposed to joyous and creative, not helped by my consumption of at least one bottle of whisky a day, accompanied by the foreboding of some awful event which was due to happen. I used to sleep with the radio on, and was woken, shortly before the London Olympics were set to start, by the news that a man in Colorado, claiming to be “The Joker,” had killed many people at a screening of The Dark Knight Rises. As I heard this news, hundreds of brown tarantulas were swarming under my bed sheets. I’ve never had such a vivid dream before, and, screaming, I leapt out of bed, nauseated by both the spiders and the horrifying news. I instantly thought I was responsible.

That same year Marilyn Manson released Born Villain, an album I was positive was aimed at me. Lyrical references to “your little black book” and “your book isn’t burnt, it was never written,” not to mention the final, torturous cover of the Carly Simon classic “You’re So Vain.” I was also convinced that Serj Tankian’s delirious concept album Harakiri was a response to my novel SMOKING IS COOL, which includes in the sleeve notes the words: “Thanks to Gene Salomon for dealing with the book that will never see the light of day :)” Also, the writer A.N Wilson had released in 2012 Hitler: A Short Biography which I was convinced made subliminal reference to my book, and concludes with the terrifying premonition:

“Does our present world contain a Hitler? Maybe not in Linz, maybe not in the dosshouses of Vienna, but does there lurk somewhere, living at present a life of obscurity, a human being somewhere on our planet, who possesses the arcane and sinister gift, when the right historical moment arises, of once more leading the masses to frenzied acts of mutual destruction?”

I knew that Bret Easton Ellis was a friend of Marilyn Manson, and at a London book signing in 2010 I’d slipped him a USB stick containing the PDF file of SMOKING IS COOL. So was it possible that these Hollywood artists had both read and were responding to my novel? Had I not posted off dozens of copies to the UK literary media? Could A.N Wilson have read my book? The tarantulas and the news of the horrific massacre were a terrible epiphany. I had done it. I was to blame for the Dark Knight Rises massacre.

After several days of increasing psychosis, imagining that every time I closed my eyes, grinning demons were standing over me, I forced my mother to drive me to Green Parks, where I confessed that I was a psychotic murderer, and had a knife on me. I didn’t, but it gave them the excuse to viciously sedate me with an overdose of Olanzapine and Lorazepam and when I was going under, I screamed out, in a giggling, awful voice, “I’m the devil!”

While in the Tarn, I could’ve sworn that I heard the words, on the radio, spoken in a demonic voice: “Andy! Take out your eyes!” They knew it was my fault, they know what I am. Six months later I recorded a cover of Pearl Jam’s “Jeremy” for YouTube, a song originally conceived about a real life school shooting. Shot in one take, it pans from the eyes of Charlie Manson from the cover of Helter Skelter, to me, wearing sunglasses and with the word REDRUM drawn on my forehead, surrounded by candles. At the end of the track, the camera pans to a poster of the Dark Knight Rises. This was my public response to the darkest event of my life.

The Exorcist director William Friedkin recently released a documentary called The Devil and Father Amorth, in which he was allowed to film a Catholic exorcism of a young girl performed by Father Gabrielle Amorth. Friedkin said it was “terrifying.” Amorth is one of the few practicing Catholic exorcists still working today. In his book An Exorcist Explains the Demonic: The Antics of Satan and His Army of Fallen Angels, Amorth writes:

“I recall the case of Mark, a boy whom I exorcised for a long time, who was struck by an extremely long possession. The poor boy underwent heavy psychiatric treatment, including electric shock and a treatment for insomnia (he never slept): for an entire week he was given enough sleep medication to sedate an elephant, but he never slept, day or night. It was only after a long spiritual cure that he was liberated from his evil.”

Today, when we navigate a great deal of our day-to-day living with a touchscreen, it may sound implausible, or even dangerous to ascribe serious mental illness to demonic possession. That I’m now convinced there are forces in this world that can’t be explained away by science, and that schizophrenia is simply hyper awareness of these forces, you can dismiss this article as the ravings of a lunatic in a madhouse.

There’s a patient here who I wrote about in a previous article for Splice, derisively named “Monster.” Monster has been on the ward longer than me. He began his admission attempting to attack any female he could, before heavy sedation. He attacked a patient I befriended, “Will,” who, despite having a black belt in Tae Kwon Do, was terrified of him.

“There’s something wrong with his eyes, man,” Will told me, too scared to leave his room. As I prepared to be signed out for leave, to snatch a couple of cigarettes and attach to the WiFi in the local Costa, I looked over at Monster, who was staring at me. I’ve seen eyes like his before. Fixed. Dead. Demonic. Unmoving. Like there was an alien presence behind them, vicious, greedy and evil. I’ve seen them in the mirror.

Amorth wrote: “Psychiatric symptoms and diabolical symptoms assume very similar forms.” If you have some experience of mental illness, or psychiatric incarceration, you may have never heard truer words. Monster would occasionally snap back into a more human form, and managed to ask me: “Do you think I’m going to hell?”

I looked at him and smiled. “It depends what you’ve done,” I said.