Fretting over Daughter’s delving into the perilous waters of self-abuse. 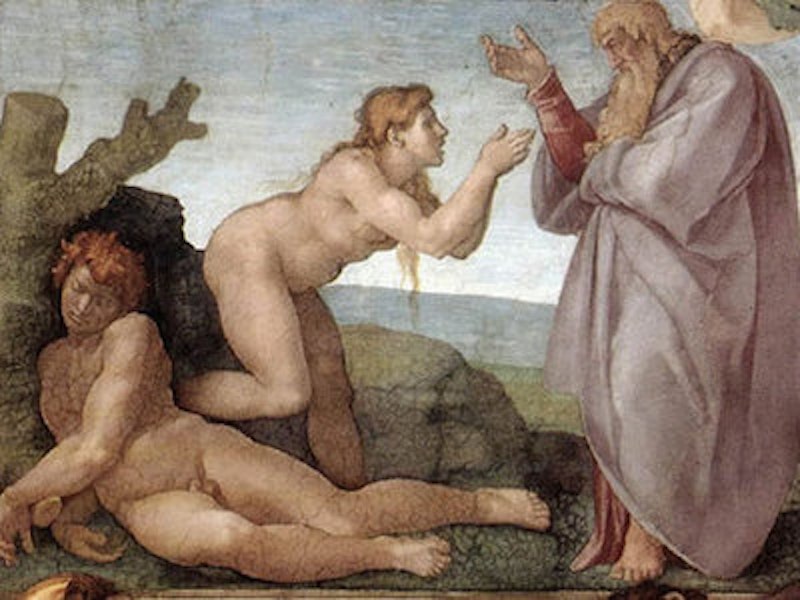 The Russian Orthodox Easter approaches—our Most Gracious Pascha! This year I am especially looking forward to the Feast of the Resurrection of Our Lord. This Lenten period has been one in which God has seen fit in His wisdom to test my faith.

It is clear enough, for example, that Daughter, having now blossomed into adolescence—not even Brother Aiden is immune from remarking her firm, pert, fresh new breasts—has assumed certain of the impious behaviors all too typical of that difficult age. She is short with Mother and openly scornful of my sartorial habits, though I dare say that I cut a respectable, if not a dandyish, figure in my sandals and not-unmodish wire-frame eyeglasses. Certainly I am no worse dressed than any other Midwestern small-town lawyer, disciple of God, and tiller of the earth.

More troubling is that a newly fecund Daughter has also—if my nocturnal vigils at her bedroom door are not misleading me—started to delve into the perilous waters of self-abuse. I do not quite know how to counter this behavior in her.

But countered it must be. I will start, I think, by appealing to the decency that I know persists inside her; by reminding her that the God who so passionately loves her also desires her salvation—a salvation that He must withhold from those among us who trifle with His great gift of genital pleasure—a pleasure that must be enjoyed but judiciously, and strictly within the bounds of wedlock. I will ask her to recall that Our Lord has a plan for her; more, that there is an ancient Christian anthropology that mandates that we sinners were created in the image of God, and that we must be mindful of this when tempted towards self-pleasure.

Yes. I will appeal to her reason first, and hope that Mother and I are not forced to take more violent measures.

I am aware, incidentally, that lesbianism is the rage among contemporary American girls, and I shudder to think that Daughter could soon desire to darken the clear waters of her girlish friendships with the foul mud of LUST.

Another trial: The endlessly complicated process of establishing our own small Russian Orthodox church here in our rural Indiana community.

It is Mother and Brother Aiden’s and my devout wish to have a real, consecrated place of Orthodox worship in our community, be it ever so humble. (We do not expect a splendid Orthodox cathedral of the sort to be found in Kiev or another Russian city.) Our small church would be complete with a ruddy Russian priest named, gloriously, Ivan or Boris or Nicodemus or Mstislav or Vladimir or Agryfon. This would be a colorful ruddy-cheeked figure who would stride through our Hoosier landscape with his black robes and staff and flowing beard, serving as our confessor and imparting to us that spiritual wisdom that must dwell in a holy man so imbued with the wisdom of Old Muscovy.

But I am being romantic. The truth is that our quest to establish this church has brought nothing but vexation. The law—the overweening law of this American Empire—forbids our building a church on our own property here in the countryside. So we have been forced to find a plot of land within the town limits.

But that is not easily done, given that we are a group of modest financial means. A small plot in an Indiana township is hardly dear, but it is too dear for us. For a week’s time, it seemed, we had found an adequate plot on which to build our small chapel, and at an adequate price. But then the realtor (of Lithuanian descent, from the sound of his last name, not that it particularly matters) announced that he had sold the land for a higher sum to another bidder. And so we were back to “square one.”

A letter seeking advice and support that I sent to the Russian Orthodox Church’s Moscow Patriarchate, via the Russian Federation Embassy in Washington D.C., has so far elicited no reply.

Yet not all is darkness. The rye has been planted here on our Organic Acre. The birch juice has been harvested from our stands of trees, and sits bottled in Brother Aiden’s outbuilding, ready to be sipped on a warm spring day. Baseball is back, the local high-school nine having started their season.

I must have faith, and hope. The Time of Christ—FOR HE SHALL TRIUMPH OVER DEATH—grows near.