Neal Gabler is living the writer's dream. Which sucks. 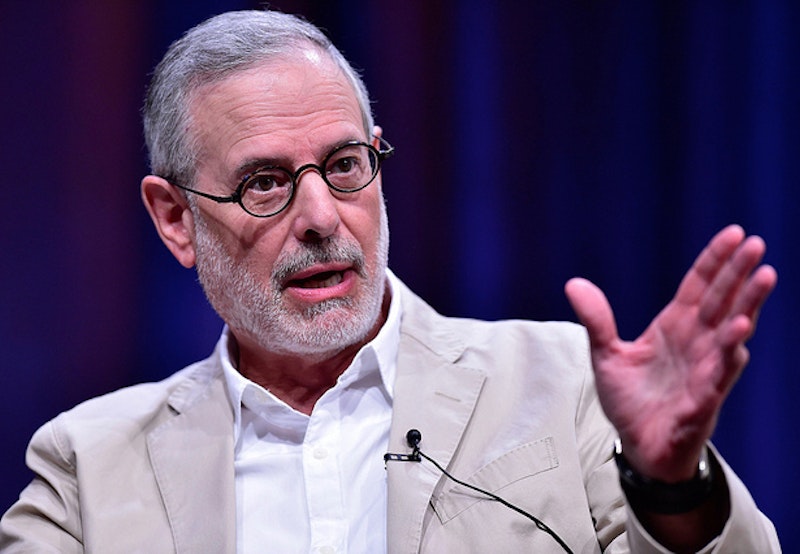 In a long story in the last print Atlantic, writer and biographer Neal Gabler asks readers to sympathize with his financial woes. For a freelance writer like myself this is somewhat difficult because though I did write regularly for the online Atlantic for a while, I certainly never had a print feature. Nor is there really any reason to think that I’ll ever publish one at a major magazine in my writing career. Gabler's plea for sympathy comes in the form of a dazzling success that I’ve aspired to, and will probably never achieve. Similarly, Gabler talks about his book advances, and how they didn't cover the cost of his research. Which is a shame for him. On the other hand, some of us have never gotten a book advance, and only fantasize about one. We are bitter.

It’d be easy to take that bitterness and sneer at Gabler as a privileged whiner, as Helaine Olen does at Slate. Did I get satisfaction from her essay? Yes. As Olen points out, there are lots of people in the world who are worse off than Gabler with his magazine stories and his book advances that don't stretch far enough. Why aren't we reading about their financial woes, rather than about the trouble he has paying for his house in the Hamptons?

But the truth is I do sympathize with Gabler. He situates his particular financial struggles in the context of the general hollowing out of the middle class, but it also reflects, specifically, the quandary of writing. Not long ago, authors who got massive exposure were also making money. Not every working writer was affluent, but generally when you grabbed the big prizes, you also were able to make a decent living. Truman Capote did all right for himself.

The celebrity author hasn't disappeared (just ask Jill Lepore). But more and more, the connection between the giant platform and the decent living is disintegrating. You can write a viral post about working for poverty wages at Yelp! on Medium, and get paid nothing for the pleasure of seeing everyone talk about you. You can have thousands, or tens of thousands, of followers on Twitter, where people follow your 140-character posts, even if you don't get paid for writing, and/or don't have much of an income.

I'm more financially stable than Gabler, as far as I can tell. That's because (a) my wife works fulltime, (b) I do a lot of work for hire scut jobs sans byline or much in the way of creative input. Gabler has achieved a number of my career goals. But, in the current environment, those career goals of peer respect, audience, and industry accolades are only weakly correlated with income. As writing content becomes crowdsourced, being a known and respected writer has less to do with being a solvent one. Anyone can have a viral hit; only the select few can churn out professional anonymous content on deadline.

I could sneer at Gabler for trying to pursue meaningful accomplishments rather than taping his nose to the grindstone and churning out anonymous dreck. But I'd like to be paid for meaningful accomplishments too. That's one of the dreams of democracy: the hope that somehow you can spend hours in fulfilling pursuits, and in return you’ll be granted, if not an extravagant living, then at least a comfortable one.

The fact that fame and fortune for writers no longer go together as they once did is part and parcel of meritocracy's death throes. Meritocracy has always been mostly a myth, but in the 1950s, 60s, and 70s, as inequality dropped, it seemed more solid than ever before. Talent really could be rewarded, it seemed; a writer with smarts and talent could get those book advances, and pay the mortgage too.

Now it's one or the other—and soon enough it may well be neither. Opportunities for writing scutwork are drying up too; who needs people to write boring encyclopedia articles, for example, when you can get the crowd to do them for Wikipedia instead? I envy Gabler his accolades. He may envy my relative financial security. But soon enough we may both envy our past selves, as writing becomes solely an avocation for those who can afford it, rather than a way to make a middle-class living, or any kind of living at all.