All the Fucking People 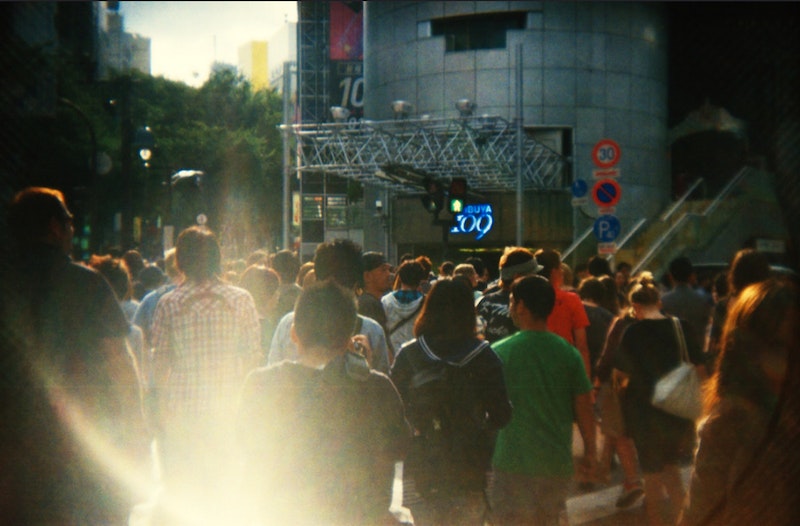 Some of my earliest memories involve my mother and I visiting downtown Baltimore: touring museums, seeing monuments, wandering through Lexington Market, catching Blast and Orioles games. (We also spent a lot of time in Washington, D.C.: picnics come to mind, a Caribbean heritage event near the Mall, the Smithsonian at least once.) It’s to Mom’s credit that these trips happened at all, because I usually never wanted to go downtown.

What did I want? I wanted to stay home in the suburbs, read comic books, ride my bike, and lose myself in only-child solemnity. Cities were just inherently uncomfortable spaces where it seemed impossible to feel grounded. Parking was an expensive hassle, crowds were deep and loud, smells commingled and punishing; the experience was inevitably overwhelming and draining.

Cities—or more specifically, mobbed city centers—always leave me wondering whether I’m slightly autistic. Hazleton, Pennsylvania is the only true city where I’ve lived by choice, and that’s stretching it, since Hazleton always seemed dead in a zombified way. During the eight months I lived there I joked that it was like a nuclear bomb had detonated without anyone actually noticing it; traffic sucked, but there was never a sense of suffocating humanity.

Cities at their most congested represent an ongoing negotiation between you and total strangers. Everything is on the table: where you’ve looking, the speed at which you’re traveling, the very volume of your voice. And for the self-conscious, there’s always the sense that hundreds of strangers are aware of you, judging you, evaluating you, sizing you up for reasons you don’t necessarily understand. See also: live music venues and festivals of all kinds. (When I spent a few days in Brooklyn years ago, I appreciated the wide, wide sidewalks; at its most hectic, I never felt too claustrophobic there. As for Baltimore, give me Hampden or Fells Point over Harbor East any day.)

You’d assume that by age 39, I’d have outgrown this reaction to large groups of people, that my self-consciousness would’ve melted away. But you’d be wrong. Over the weekend, Lewisburg held its annual arts festival, where the main street is closed to traffic and tents, trailers, and booths. I avoided downtown until just after lunchtime, at which point the scene was insufferable—and a plan to spend two to three hours perusing paintings, pricing crafts, buying BBQ sauce, and sampling cuisine became instead an hour of me navigating stretches of the festival by ducking down side streets and circling around. Just too many fucking people, none of whom I recognized, moving too slowly, with zero concern about their proximity and velocity in relation to anybody else. The owner of the art framing shop where my poetry group meets was missing in action. Only a few minutes were burned in the used bookstore—a place I love—because too many out-of-towners had adopted it as a refuge.

At the end of the strip, a sign advertised a burger, fries, and beer combo special at the Lewisburg Hotel, a stately establishment I’d passed hundreds of times without a second thought. Inside it was cool, dark, and quiet; the serene terrace offered an abbreviated street view, crowd chatter mixing with a folk singer’s good-natured performance. (The waitress was revealed to have been, in another life, a favorite from my local); you kinda have to appreciate anyone who blasts obscure 90s rap tapes on a boombox in a convenience store after 10 p.m.) My nerves settled and calm was restored. Other diners showed up eventually, but not too many, the burger was exceptional, and afterwards I walked a long, circuitous route to return to the peace and quiet of my own apartment.