Nostradamus Was a Certified Knucklehead 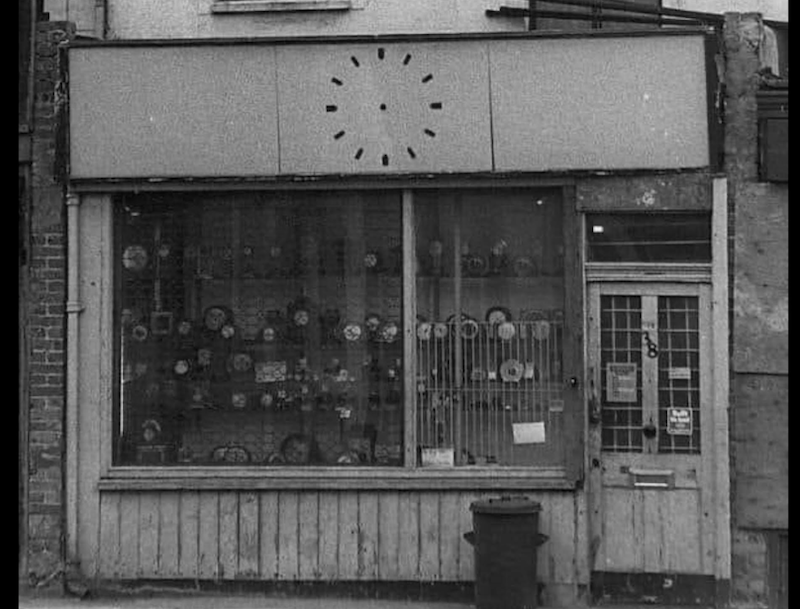 If the power of prayer works in today’s world, prove it. I’d like some evidence. Make a wish, say a prayer. Put in a special request. The whole thoughts and prayers shtick didn’t cut it then, and sure as shit ain’t helping now. That's what people say when they can’t explain something. Whoever they are, they’re likely not from around here. It’s always the will of a vengeful god or spooky divine intervention. Paranormal activities or ghostly aberrations. Uncover the charlatans. Find the monsters. When there’s only one way to boogie, put on your dancing shoes and skedaddle. My dance card is empty for the new year.

Do you want to wear out the wood floor—boards going back and forth or walking around the grindstone in a circular motion? Copycat serial killers, murder, and mayhem aplenty in a ho-hum world. It’s way overdone. We need magic and a little tenderness. An Off Broadway musical with a way-out different meaning, mimicking life. A private arsenal of mass destruction is our undoing. Burned-out lucky bums hanging by their fingernails. Meet me at the gun show. Maybe it's the billion-dollar jackpot that has everyone so riled up. This year, I plan to do this thing or that. It will be different this time around, just watch, wait and see. This is the start of the same old brand new me.

The fact remains, over the last 3421 years, scattered throughout modern history there exists only 268 years of peace on earth. Furthermore, there’s never been a period of total peace. Pax Britannica was explained away by the diplomat Lord Salisbury, who issued a gloomy forecast that captured both at once, the inevitability of decline and the denial of it. “Whatever happens will be for the worse,” he declared. “Therefore, it is in our best interest that as little should happen as possible.” Known as The Long Peace, an indirect result of the Cold War. It was explained away by numerous skirmishes, like the Bay of Pigs, Granada, and other quickie conflicts that led to civil wars, homegrown terrorist attacks, and 9/11. Impotent, angry white dudes with assault rifles killing kids in schools and other Christian-motivated domestic violent acts perpetrated in the name of Jesus still prevail.

The idea of peace on earth is the oldest sick joke we repeat at the end of every year like the directions on a shampoo bottle. The unofficial new theory of the universe as we know it is created in a laboratory by higher beings. A giant blowing galaxy bubbles. The geography of heaven on AAA road maps to Hell. A GPS journey to the center of your mind. Who made it up? Was it birthed in a Petri dish? Designed on a computer screen? Some immaculate misconception of faith. All roads lead to somewhere else, going around in circles. Nostradamus predicted in this new year, the price of wheat will climb so high, people will resort to cannibalism. Gasoline prices don’t even count. Nostradamus was also a certified knucklehead. Confused, Confucius says, knock it off with all the half-ass predictions and unrealistic resolutions. For you psychotic psychics and freaky fortune-tellers out there, tell us the future. The Chinese New Year begins on January 22nd. Why? Who knows, but it’ll be the year of the rabbit. Last year it was the tiger. I was born in the year of the monkey. Sounds legit. The horrors of the daily horoscope.

Every year, the Lunar calendar represents one of 12 zodiac animals. How these animals were chosen is one of the world's greatest mysteries. The cycle of 12 months around the sun through the yearly cosmic journey. The 12 animals are the rat, ox, tiger, rabbit, dragon, snake, horse, sheep, monkey, rooster, dog, and pig. Who picks this menagerie is beyond me. Plus, including these seemingly random animals, the five elements of earth, water, fire, wood and metal are also part and parcel in the traditional lunar calendar. Each year it corresponds with an animal that relates to a fundamental element. As if this isn’t confusing enough, there’s a brief period in China’s history when this ancient calendar was banned by Chairman Mao and the communist government. Reverting over to the Gregorian calendar we here in America know so well. Freaking weirdo, like saying rabbit-rabbit on the first day of the month. A bit of double-talk gibberish that supposedly guarantees one month of good luck. True or not, it’s a funny saying, rabbit-rabbit, first thing every month in the year of the rabbit.

Everybody wants good luck, not only for a month, or year, but a lifetime. All the days avoiding the fuckery of spells, omens, voodoo curses, the worldwide pandemic, asteroids crashing into earth, toxic people, or the wrath of Mother Nature. Natural disasters notwithstanding, there's a lot that could go wonky. Everyone could use a bit of luck, wherever they find it, a rabbit's foot, a lucky penny, a wishbone, even a lucky hat. The universe doesn’t give a flying wazoo. You may believe you serve an important function in the scheme of things. Some sort of meaning in the meaningless void of daily existence. A modicum’s chance in hell of optimum health and abundant happiness. The stuff money can’t buy. Health and happiness are a cheap substitute for wealth. Bigger and better, all the time. There are plenty of seconds, minutes, and hours leftover. Following the lead, as the hands of time slap us into tomorrow's calamities. There’s no time like the present, no time in the past, and the future has time to spare.