My Days As a NYC Art Museum Rat

The first visit to MOMA changed my life. 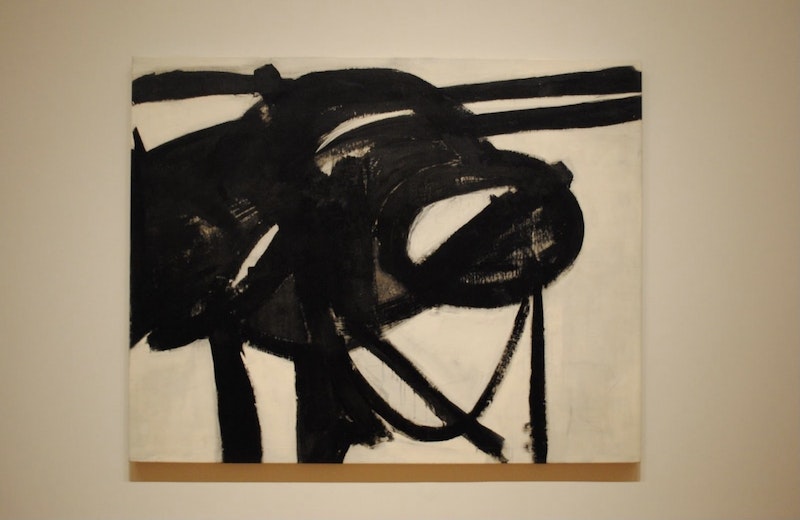 "I can't look at a painting unless I know what it's about or I can recognize it," is one variation of a critique of abstract art that I've heard over the years. "A fourth-grader could paint that," is another common dismissal. Friends have said similar things to me, but I don't engage with them, as any attempt at discussion would be fruitless. Some of these critics can appreciate the figurative paintings of Manet, Monet, van Gogh and Cézanne—the inventors of what's called "modern art"—but move ahead to the Abstract Expressionism movement in post–World War II America, for example, and they're confounded. The naysayers look at the paintings from the movement that put New York City at the center of the Western art world—the first time the United States occupied this position—and see a drop cloth for another painting that they could recognize and appreciate.

I've heard it said that to appreciate modern art, especially after it had moved to the point of pure abstraction as in NYC in the 1940s, you need to have a guide. My guide (but only in a partial sense) was Professor Freund, who taught—in his distinct Teutonic accent—the art history class I took in my senior year in college. I signed up for art history because it appeared to be a "gut," meaning it required minimal effort, but it was the most interesting class I'd ever taken.

The professor had a passion for art, although he barely touched on the moderns. I recall a lot of talk about the flying buttresses of ancient cathedrals, and also the fact that Dr. Freund repeatedly informed us that Leonard Cohen was his favorite "poet," (not singer, songwriter, or musician), which in retrospect makes me think he was a big fan of modern art, given the level of abstraction in Cohen's lyrics. I didn't know much about the Canadian singer/songwriter at the time other than, as an observer of college students' album collections, I'd noticed that women were the only ones I'd seen owning one of his LPs.

So Professor Freund was my "guide" into a world of indecipherable art, but he only brought me to the edge of the "wilderness." Once there—I moved to New York City after graduating—I was on my own. I soon discovered that I didn't need a guide to enjoy art that didn't depict anything in the conscious world. All it took was one visit to the Museum of Modern Art to get me hooked. Soon enough, I developed a weekend circuit of museums—MOMA, the Metropolitan Museum of Art, the Whitney Museum of Modern Art, and the Guggenheim Museum.

The exhilaration I felt led me down a near obsessional path. I spent hours in the four museums, sometimes hitting all of them in a single weekend. I'd make the long walk up from St. Marks Place to the Metropolitan, and later back downtown, stopping once or twice at the other art museums.

Perhaps if I'd grown up in the city, I'd have developed a taste for modern art at a younger age. In my earlier years, my obsessions were books, movies, and music, although I didn’t think of them as "art." I could read the same book, watch the same movie, and listen to the same album that everyone else had access to, but could only view photographic representations of paintings. It's like watching fireworks on TV. Living within walking distance of some of the world's greatest art museums made my new pastime possible.

One painter who stood out was Franz Kline, an Abstract Expressionist "action painter" known for his bold black brush strokes on white canvases. I’d no idea what the artist was trying to communicate with his cryptic, calligraphic style, but didn't need to know, which set me free. Kline was able to give me pleasure, and he usually didn't work with colors.

A key to enjoying modern art is to fight the urge to "solve" it, as it's not a puzzle or a detective film that's dropping clues along the way. If you want to find beauty, logic won't always take you there. Just let your eyes be the judge, because what you're getting out of the experience of viewing a painting may have nothing to do with what the artist intended at the time of creation, if the artist was even aware of any "intention."

I'm not sure why I went for indecipherable works of art like Rothko's colored rectangles right away, but probably something in my previous experience prepared me to embrace it. I suspect that it's related to my collegiate "Henry Miller period." Miller, who fled the "Air-Conditioned Nightmare" of the US in the 1930s for Paris, the second home to all the world's artists, loved modern art (Paul Klee was a particular favorite of his), and he also painted it during those times when he found he couldn't write.