What is time to a creature that needs nothing and no one? 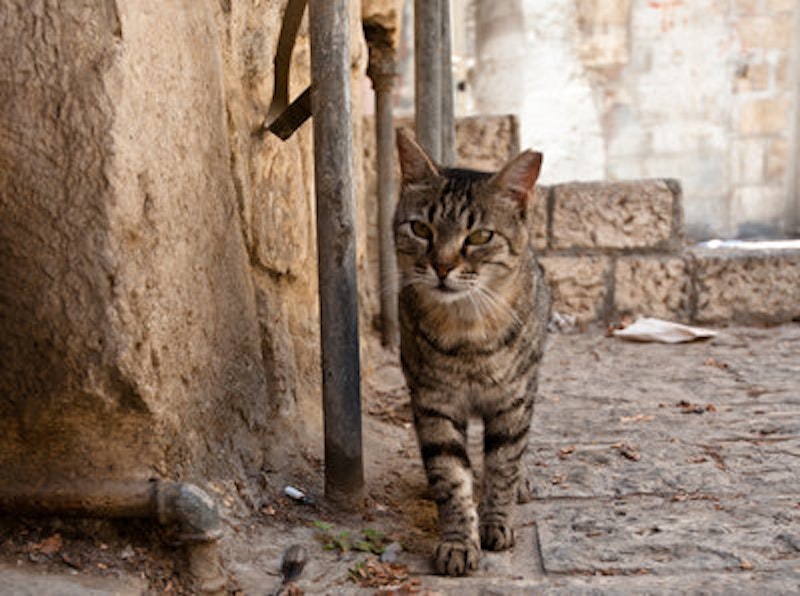 If you look at the cats around us, I mean really look at them, you’ll see life as it’s meant to be lived. A species as inscrutable as it is ineradicable, the cat requires little and demands nothing. It kills and kills and kills for the same reason that anything happens: because. Killing isn’t the only thing a cat does—it’s everything. And yet that everything isn’t much of anything because the cat merely is, free of the bonds of animal society and whisker-sensing its way through an otherwise-senseless world of predators (anything larger than the cat) and prey (anything smaller than the cat).

“The wildest of all wild animals was the Cat,” wrote Kipling. “He walked by himself, and all places were alike to him.” That just-so story was one of my father’s favorites, and by the bitter end, he had fashioned a quasi-religion out of his lifelong study of cats and dogs. Because his own father had been such a rotten bastard, during his formative years he had seized upon some enormous neighborhood tom and named it “papa.” Everything he needed to know about life, everything his own father failed to teach him, could be learned from observing this cat.

Of course, that everything was just one thing, indeed the only thing: him or me. Because the old tom, which enjoyed eating scraps of rancid food from my father’s hands, ultimately didn’t give a crap about him or anyone else. It bore a hundred scars from a hundred fights and would fight a hundred more before it croaked. And why not? “We still shall fight,” declared the jurist O.W. Holmes, Jr., “all of us because we want to live, some, at least, because we want to realize our spontaneity and prove our powers, for the joy of it, and we may leave to the unknown the supposed final valuation of that which in any event has value to us.”

I once worked a lousy service industry job and began saving money to purchase a personal computer. “Give me the money,” said my father. “You don’t need to open a bank account. Once you get about two grand together, we’ll buy the computer.” By then my father had fallen on hard times, but I always expected the best from him, and expecting that was precisely what he expected.

He took the $2000 and did what any good father fallen on hard times would do: he pocketed it, opened a line of credit using my social security number, bought a computer with that credit, and then never made a single payment. I got the computer, which wasn’t particularly good, and I also got to experience the thrill of entering my 20s with ruined credit.

But I never held it against my father, for the same reason I don’t hold it against the cats, ferocious killers of the desert bandicoot they may be. In both cases, this was all they could do because it was the only thing they could do. Were I reduced in size, Richard Matheson-style, to the point at which my beloved house cats could realistically hope to make a meal out of me, what would stay their claws? Certainly not the enslavement of domestication that binds our dogs to us. Nor any inward-dwelling feelings of love, because what is love of another thing to a cat that “walks by his wild lone?”

So yes, my father scammed me again and again, and on those occasions when I confronted him about it, he reiterated the lesson he had learned decades earlier: it was him or me. “If it ever came down to you or me,” he would tell me, “I hope to hell that you’d want it to be you, because I’d want it to be me.”

A cat understands this because that’s all a cat can understand. It plays no favorites, and its gameplay is indistinguishable from its predation. It will bide its time for as long as it takes, because what is time to a creature that needs nothing and no one? Him or me, the cat is thinking, and so am I.