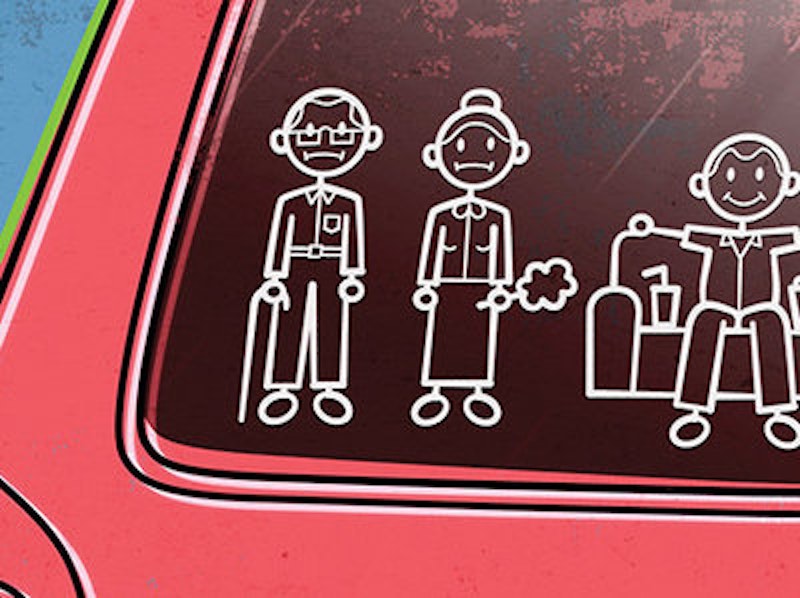 Hunting through a recent op-ed piece, I found the magic words “fragile egos” and “love to be heard and admired.” Lately I’d been thinking that baby boomers were all done as a topic for life-today journalism. Yes, I thought, the term “baby boomer” still hung on, but only as a synonym for old age. Yet here we had the Opinion section of The Los Angeles Times talking about boomers as they should be talked about, the way they used to be: as the modern day’s great generation of narcissists.

Then I looked more closely. The op-ed drew on millennials’ postings to Twitter. “Love to be heard and admired” didn’t come from a journalist or consultant, from some self-appointed expert on demographics, but from a young woman who worked with boomers. She wasn’t handing on conventional wisdom, she was reporting her experience, and her experience was the usual for beginners confronted with old-timers. Talented or not, veterans like to think they’ve learned a few things and that the youngsters are there to listen. With one phrase eliminated I had only “fragile egos,” and by itself that phrase doesn’t quite hit the mark. Boomer egos were sometimes fragile, sometimes unnaturally robust, but they were always big. “Overblown” would do better as proof of a boomer angle.

As presented by the op-ed (“How Millennials Should Deal With Baby Boomers at Work”), the problem with boomers isn’t their giant self-regard, just that they’re going down history’s chute. “Millennials may find that baby-boomer self-esteem has declined precipitously in response to rapid societal change,” the piece warns. Not even that side of things is really essential to the situation. Finishing up, the article strikes a note of “’twas ever thus,” quoting one last tweet: “remember that you’ll be in their shoes in the end... complaining about the latest generation.” Nothing that’s special to the boomers, no trait that has allegedly followed it from one life stage to the next, is brought in to explain the boomer-millennial situation.

Time was that boomer traits explained everything on view. For me it’s hard to imagine post-war America without that gang as a centerpiece phenomenon. This phenomenon, the experts once said, was marked by the generation’s great size and by its members’ sharp and widespread orientation toward the self—by their narcissism, as the press phrased it. Boomers occasionally said they hadn’t been so narcissistic; they had done good things like civil rights. Pre-boomers said they had done the good things first. Post-boomers said they were tired of it all. But no one doubted that, generationally, the boomers had been a big rock thrown into the national pond, and that much of our recent history had been the resulting splash. For one thing, we were told, everybody had been doused with an immense amount of self-regard. People had become saturated with themselves, or with their selves. People treated their selves as natural wonders and vital ongoing projects.

That was the line I read in and year out. Now the press has lost interest. Not once does the L.A. Times article note the irony of baby boomers—those ex-hippies, those long-ago radicals—dealing with self-righteous young know-it-alls hopped up on social injustice. This irony should’ve been hammered home in a thousand op-eds; I should roll my eyes when I hear it. Instead I have to mention it myself. In the old days no observation about the baby boomers could be made without being made to death. Now the observation isn’t made at all.

Middle age got media buzz because the boomers were doing it. Youth? Coverage like crazy. But now the boomers hit old age and there’s nothing. No “Look at how boomers are transforming the old age experience,” no “Consider the poignance of the boomer silver years.” In 1996, a sure bet for satire would’ve been ancient boomers convincing the world that they were somehow hot stuff for being old. I thought I was doomed to read articles like that. But the press isn’t buying. Boomers are just old people, the same as any old people in history. In the office, judging by the L.A. Times piece, they are old, white and in the way. They don’t like to learn new software. They make cloddish jokes. They embarrass themselves and don’t know it.

But dig this here: “a sense of entitlement… frankness verging on insubordination.” That’s the millennials as described by The New York Times, which was then quoted by The Los Angeles Times. Here we see the op-ed piece passing on conventional wisdom, and the wisdom is that the millennials are full of themselves. Of course, the baby boomers ought to be in the sentence you just read. But now they’ve given place to their children. The millennials are today’s generational divas, and no one remembers that used to be their parents. I suppose everybody is so full of themselves that narcissism can’t mark off one generation from another. The shift toward the individual—I’m feeling my way here—got going before the boomers, and then the boomers provided a tipping point. Now everybody from 75 to four figures that each person goes through life on a stage, and that on this multitude of stages each person gets to be a star of some size or another. Kids today are more sold on the idea because, possibly, the effect is cumulative and because they’re kids.

Being called narcissistic isn’t all that nice. But any publicity is something, and boomers as a group used to get publicity. Now their special identity has been revoked. That’s a sad fate for (a phrase from long ago) the “Me Generation.” Narcissism is no longer a boomer thing; the boomers have no thing at all. Everybody is waiting for them to go.