As a kid in Baltimore, it was an easy and simple time. 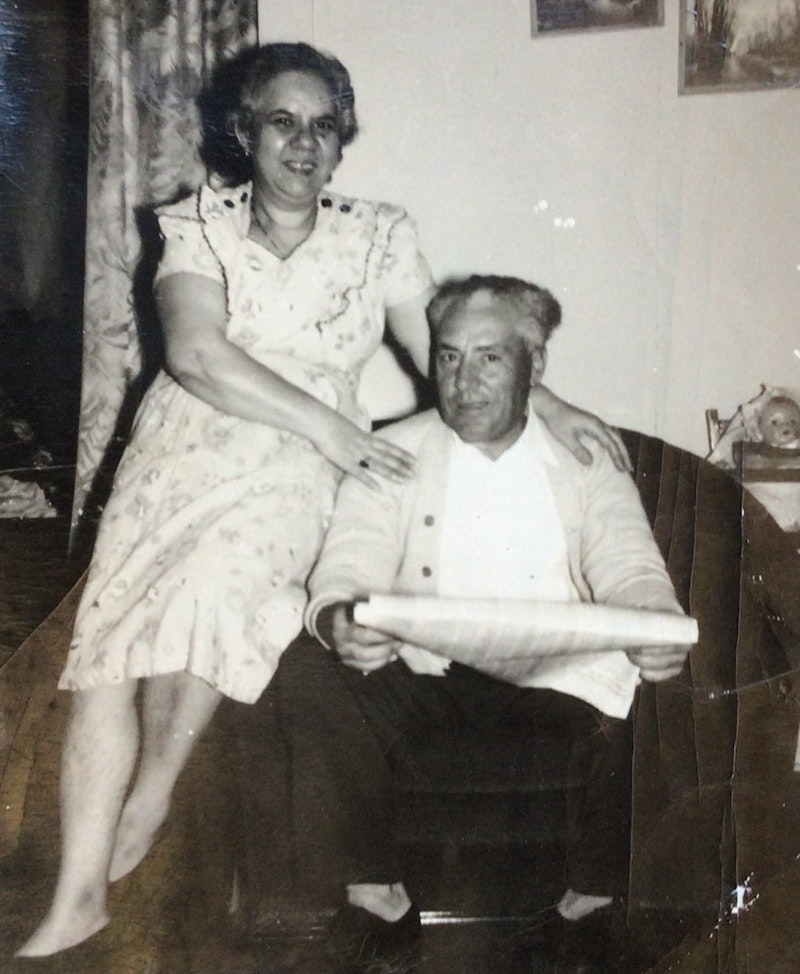 I’ve always considered myself Sicilian more than American. Growing up in Baltimore in the mid-20th century, that old world setting blended slowly into modern society. Timeworn traditions crashed into the space age of plastic, planned obsolescence. Nothing lasted. Throw it out. Buy now, pay later, the layaway plans of consumer heaven. A place where no matter what you did, how foul and despicable you were, god will always forgive your sins as long as you could afford them. As many Italian-Americans assimilated ethnicity became erased, less meaningful than becoming a good citizen of the USA. Being Sicilian felt different from regular Italian heritage. The war against the Sicilian mafia, and the world wars that spawned today's fascist ideologies. You can’t help but wonder if, in many ways, somehow it was all connected.

As a kid in Baltimore, it was an easy and simple time. All of the world’s conflict rarely touched our daily lives. But the prosperity that flourished after the wars didn’t last. Plunged into the Korean War and then Vietnam, peacetime never stuck around. War was the only solution. My father and all my uncles were in the Big One, as they liked to refer to WWII. War was a part of life, nothing special. Even as a child, I knew war was as stupid as the Roman Catholic Church. Playing war games with other kids in the Hamilton hood I was raised in, spending hours with little green plastic army men, sometimes switching gears to cowboys and Indians. Looking at illustrations of the Civil War reinforced the glory stories and set the stage for rejection of the broken American dream. A way of life that made no sense in the bigger picture. Unless you were a WASP.

I yearn for those days, to be with my big, beautiful, dysfunctional Sicilian family. The Sunday dinners, where everyone, relatives and friends, gathered to celebrate our American experience. Singing along with my Aunt Helen to Dean Martin, and Sinatra. Always telling silly stories and jokes, or trying in vain to pronounce words in Italian. The school days too, when lifetime friendships grew into adulthood. That scary moment when you realized you’re all grown up. Suddenly thrust into a cold, unfeeling world, along with the rest of your forever young chums. It was another lifetime ago, sitting with my grandmother in the backyard garden of Hamilton/Lauraville. She came to this country, arriving at Ellis Island in 1920, seeking freedom, and a new life. A car in every garage and a chicken in every pot. She and my grandfather, pictured above,were true salt of the earth.

They hailed from a tiny village province of Enna, in the heart of Sicily. My grandfather was a stone mason there, who came here alone, to scope out the lay of the land, this place of opportunity, in the land of pleasant living. Eventually moved to Baltimore and later sent for his wife to join him, staking out a claim to raise their family. They escaped one hell, only to be replaced by a new one, with all the prejudice and hated they found here. They were looked down on in their own country by Italians from the mainland. America is racist. If you’re not white, you’re not right. Italians eat pasta and pizza every day, like Germans love Bratwurst and sauerkraut, or Blacks love fried chicken and watermelon. What a crock.

A typical anti-Italian misconception, and widely accepted belief, is Italians somehow are connected to the mafia. From the carefree Vespa scooter riding decadence of films like La Dolce Vita to Roman Holiday. Italians living, and loving, the sweet life while playing their gangster game. The Godfather trilogy is proof that Hollywood perpetrates and reinforces all these labels. Fellini and Scorsese got nothing on that decadent, yet glamorous society. I’ll take the mob over any president, living or dead. They’re all the same monster. The Godfather is a Boy Scout jamboree compared to those mugs. Like those ancient widows we had to visit, paying homage, in tribute to their long life of misery and suffering. Those old crones who still dressed in black, head-to-toe, mourning husbands who died long ago, clutching their rosaries in gnarled mitts. They’d cry, whispering prayers in Italian. Their homes like dark mausoleums, adorned with religious statues. A few of those old widows lived in Baltimore’s Little Italy, where we went to visit them. The only bright spot was stopping at the bakery or deli there. Watching old country Italian men playing bocce ball, cussing their bad luck, laughing at their good fortune. Taking it all in stride. Even then, that little neighborhood was a tourist destination to visit, for the many restaurants. In those days, people stuck with their own kind. That’s why Baltimore, like many Eastern cities, had so many ethnic neighborhoods, but they’re not so prevalent nowadays. If you don’t count the segregation of blacks and whites.

I’d like to go back to that innocent time when it all began, in the old formstone house my grandfather built on Cold Spring Lane, sitting in the garden with him, laughing away endless summer days. Watching him tend his rose bushes and tomato plants. Drinking his sweet homemade wine, dipping his cigar in it, lighting it with a wooden match, and then blowing smoke rings of contentment. Listening to him in broken English. In my youth, that backyard garden was the whole world. Feeling a warmth that only one can know from care, love, and mutual respect. It was magical. Eating candy from a little brown paper bag, I watched my grandmother cut her calloused dead skin from the heels of her feet with a razor blade. Then she’d rub them with a pumice stone, soaking her tired, sore feet in a steel washtub of soapy warm water. I’d pour hot water for her from a shiny metal tea kettle with a wooden handle. She’dsigh, a slow sigh of relief, maybe her lifelong pain of hard knocks living disappeared for a spell, saying something in Italian that I didn’t understand. Then, smiling at me, saying, “Ah, that’s-a-very-nice.”