As Far North As Manhattan Island Gets

Deep history of the city at Manhattan's uppermost edge. 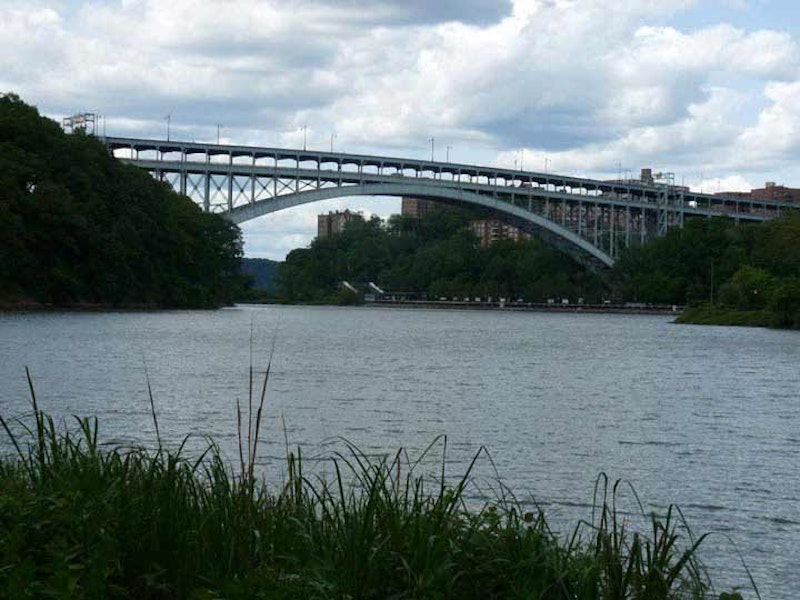 Inwood was the last part of Manhattan to develop along the lines of neighborhoods to the south. During the Revolutionary War, colonials erected Fort Cox, or Fort Cocks, overlooking the Hudson River. After independence was attained, for the next 150 years, Inwood Hill Park was occupied by a variety of country mansions including the home of department store magnate Isidor Straus and his wife Ida, who lost their lives in the Titanic disaster.

A system of winding roads traversed the hilly ground. Some of them now describe park paths in the vast Inwood Hill Park. The city took title to this territory in 1916 and gradually, for the next 25 years, Inwood Hill Park as we know it was developed. The park includes a salt marsh and “virgin” forest left over from the pre-colonial period. Except for some historic farm remnants shown below, Inwood was mostly developed in the first two decades of the 20th century.

The neighborhood is fascinating and chockablock with artifacts. 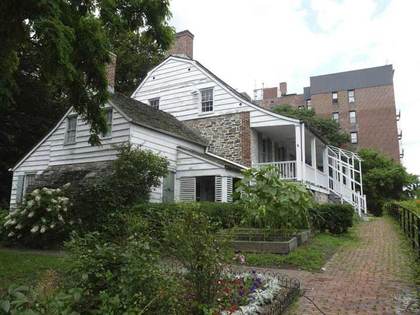 The historical centerpiece of Inwood is the Dyckman Farmhouse at Broadway and W. 204th St., here since about 1785 and Manhattan’s last remaining Colonial farmhouse. It was built by William Dyckman, grandson of Jan Dyckman, who first arrived in the area from Holland in the 1600s. During the Revolutionary War the British took over the original Jan Dyckman farmhouse; when they withdrew in 1783 they burned it down, perhaps out of spite. The farmhouse was rebuilt the next year, and the front and back porches were added about 1825; the Dyckman family sold the house in the 1870s and it served a number of purposes, among them roadside lodging. The house was again threatened with demolition in 1915, but was purchased by Dyckman descendants and appointed with period objects and heirlooms. It’s currently run by New York City Parks Department and the Historic House Trust as a museum. A copy of one of the occupying Hessian soldiers’ log huts, with a log roof, can be found at the back of the house. 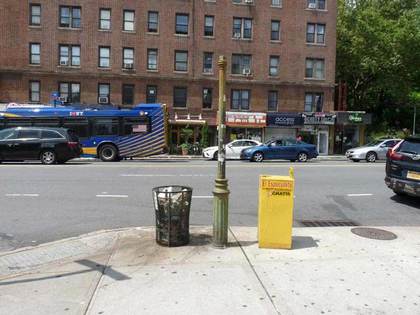 What could be one of the two last gaslight posts on public Manhattan streets can be found here, at Broadway and W. 211th St. The other one is on Patchin Pl. in Greenwich Village. However, old photos reveal that these posts, in addition to holding gaslight fixtures, could also carry street signs and mailboxes. The only older photos I have reveal street signs on this post. However, gas lamps haven’t been commonly used on NYC streets since the early-1910s, so this pole may have originally carried a gas lamp and later, street signage. 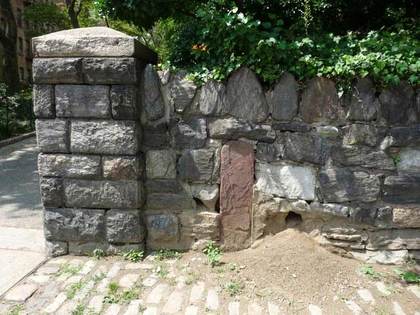 Like other parks in northern Manhattan, the site of Isham Park played a crucial role in the battle of Fort Washington during the American Revolution. The site served as a landing point for Hessian troops coming up the Harlem River to drive the American forces to Westchester and New Jersey. In 1864 William B. Isham, a wealthy leather merchant, purchased 24 acres along the Kingsbridge Rd., now known as Broadway, from 211th St. to 214th St., and northwest to Spuyten Duyvil Creek. The park originally included the old Isham mansion, stables, and green house, with the mansion located at the summit of the hill. The park attained its present size in 1927 after Isham family donations and other land purchases. The mansion was razed in 1940.

The Boston Post Road, which followed an already established Native American trail, was established in 1673 as couriers bringing mail to different locales in the colonies traveled the trail, which was very rough and interrupted in several locations. After nearly a century, the road was straightened and improved somewhat between New York and Boston, and from 1753-1769 heavy stone markers were set at one-mile intervals, with the surveying supervised by Benjamin Franklin. Postal rates were set by the distances between one spot and the other. Did “Poor Richard” handle this 12-mile marker, now embedded in the Isham Park wall? Perhaps he did. 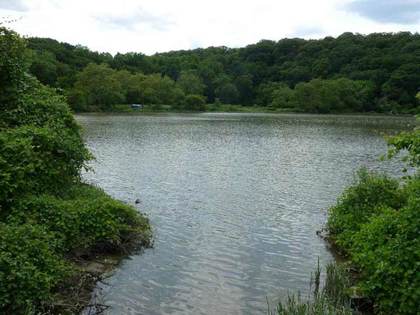 As natural as some parts of Central Park look, every square inch was originated on the planning boards of planners Frederick Olmsted and Calvert Vaux. Inwood Hill Park is 196 acres of primordial forest (with the occasional path and rusting park lamppost). It was the site of Native American habitation; deer and raccoon were hunted for food and clothing. After the Civil War, prominent families built large mansions here overlooking the Hudson, among them Isidor Straus, who perished aboard the Titanic in 1912, and the Lord family of Lord & Taylor. The area officially became a park in 1926. Inwood Hill Park contains the last remnant of the tidal marshes that once surrounded Manhattan Island. The marsh receives a mixture of freshwater flowing from the upper Hudson River and saltwater from the ocean’s tides. The mix of salt and fresh waters, called brackish water, has created an environment unique in the city and the marsh contains wildlife such as fiddler crab and ribbed mussel developed a dependent relationship with the cordgrass that colonized it. The arched Henry Hudson Bridge, opened in 1936 to bring the Henry Hudson Parkway across the Harlem River, can be seen from the park. 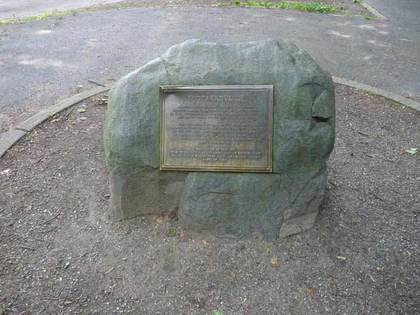 Supposedly, Shorakkapock Rock, deep in the park, is the site of one of the greatest, or worst, real estate swindles in history, depending on your point of view. In 1626, the story goes, Dutch governor Peter Minuit purchased Manhattan Island here from the Weekquaeskeeks, or possibly the Canarsie or Lenape, for a collection of beads and trinkets valued at 60 Dutch guilders. Minuit is remembered by a plaza at Whitehall and South Sts. all the way downtown. The situation may not have been as cut-and-dried as that, though. The memorial is in place of a giant tulip tree where the transaction took place. The tree was planted by the Lenape shortly thereafter and it remained in place until 1933. “Shorakkapock” has a number of variant spellings. In a shortened form, it turns up as “Kappock Street” in Spuyten Duyvil, Bronx, where it’s pronounced KAY-pock.