The Virus, the Individual, and the Collective

We will, hence, stand or fall together. But we’ll do it in separate rooms. 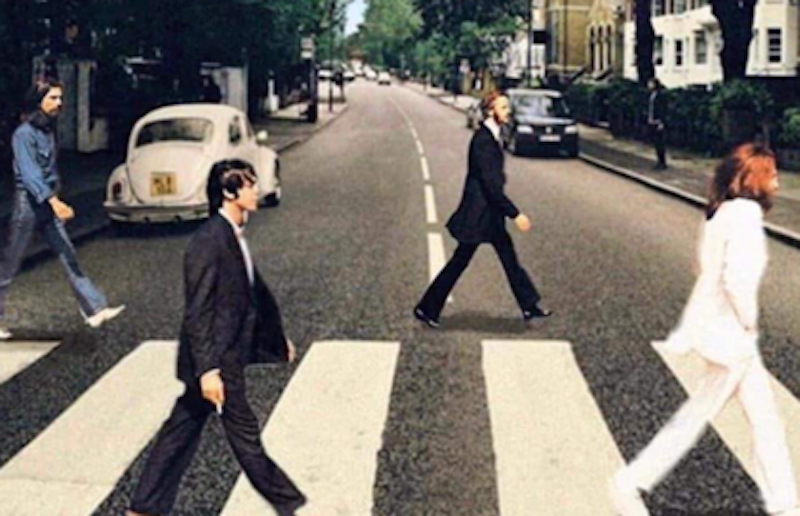 Is the basic human reality, or the basic human subject, individual or collective? The left-right spectrum and the socialist/capitalist debate, often comes down to how we answer this question, with capitalists arguing that social reality emerges from each person's individual decisions and socialists arguing that the human individual is a result of collective action. Or it's a matter of evolution: did we develop in order to compete with one another, or to cooperate? Who makes real decisions and performs real actions, individuals or collectives, and who has the rights, individuals or groups? It gets so extreme that each side of the debate holds that the other traffics in mere fictions. There's no such thing as an individual apart from groups, argue some Marxists, for example. Or for someone like Milton Friedman, group action is only the sum of decisions of the individuals who compose it.

The coronavirus pandemic raises these questions with great intensity. It clarifies them too, but only if we give up on the idea that the truth is found on one side or the other. I think that we’d better acknowledge the reality of both individuals and groups, and their complex interactions. Choosing one or the other gives you a picture that’s not only false—obviously false, I would say—but oppressive. A metaphysics and a politics that don’t acknowledge the reality of human individuals is liable to start liquidating individuals for what it conceives as the collective good. A metaphysics and politics that don’t acknowledge any collective identities or actions are liable to lead to demented self-seeking and collective disaster.

The most obvious paradox raised by our present situation is this: for the collective good, we have to isolate ourselves from one another. In one respect, this is the contradiction raised by the individual/collective split in general form: the collective effect is the result of all the individual decisions, so that even if I think it would benefit me personally to go out or to de-distance, I need (it’s said) to think about what it would be like if everyone behaved that way. To some extent, I need to efface my own needs and desires into that of the group, or I need to come to regard the good of the group as a whole as my own good. If infected, I probably need to try not to infect others, even if it damages or kills me to do so.

We will, hence, stand or fall together. But we’ll do it in separate rooms. Because we’re not fully distinct from one another, because what anyone does is liable to affect everyone, we’re going to have to cut ourselves off from one another as thoroughly as possible. We have to become individualists in order to be decent members of the collective. Because we’re socially concerned, we need to be socially isolated. For the collective good we’re thrown back on our own separateness. So we're going to have to stop thinking of these things as being opposed. We’re definitely always both.

Many commentators are suggesting that the pandemic shows that we’re thoroughly globalized now and that the period of the nation-state is truly over; the virus "respects no national borders." As with climate change, it seems, all humans are facing a common enemy, and need to pull together. But the pandemic response is also having the opposite effect simultaneously, as nations close their borders and evacuate their citizens from foreign soil, and everyone from Trump to Macron hammers the nationalist rhetoric. The outbreak has been accompanied by lovely expressions of cooperation and generosity and by appalling expressions of xenophobia. But xenophobia is itself a collective response, of course.

Nations are—like classes, like races, like genders, like all of us together, supposedly—collective agents: many people acting together as one person. But identifying with the collective agent of the nation is in tension with identifying with the collective agent of people in general. Collective agents of all sizes, from a couple to the population of a continent, both cooperate and compete with one another, no less than do individuals. I'm watching the coronavirus numbers in my nation, my state, my county, my world, and wondering which is relevant to me and why and how. That you’re acting on behalf of a collective or in its interests doesn’t entail that you're not acting competitively, and it doesn't entail that the overall human effects of your action—for example, trying to isolate your own nation from others—won't be disastrous.

The coronavirus shows we’re not going to be able to sort out what’ individual and what’s collective in any principled way. It shows that the opposition between individual and collective hasn’t been thought through, or that individuals and collectives are mutually dependent, mutually simultaneously caused, inconceivable without one another. It shows that the way we've been conceiving politics since Rousseau (let's say) is simplistic and indefensible.

And it also shows that we humans, whether conceived individually or collectively, are not distinct from the non-human world. The virus infiltrates out body from outside: it’s part of the environment that ceases to be distinct from ourselves, like the air we breathe and the food we eat. As we share it among ourselves it compromises our distinctness from one another: we’re infected together, we’re acting as co-hosts at the microbe party.

As we cough or touch surfaces, the virus is making use of the environment between our bodies to expand itself and compromise the integrity of the things between whom it circulates, or maybe even to drop us into identity with the environment as a whole, by killing and recycling us into the world. We’re no more, and no less, distinct from the world than we are from one another. The collectivities we form with viruses and water droplets and air are no less real than the collectivities we form with other humans. And all those things we join with in our non-distinction, all those viruses and droplets and persons, are also individual objects, or they’re nothing at all.

We've never been so united to one another, and never so isolated. But this is, in a particularly comprehensive form, what and how we’ve always been.

—Crispin Sartwell's most recent book is Entanglements: A System of Philosophy. Twitter: @CrispinSartwell