Not Believing in American Gods

William Young’s The Shack is better. 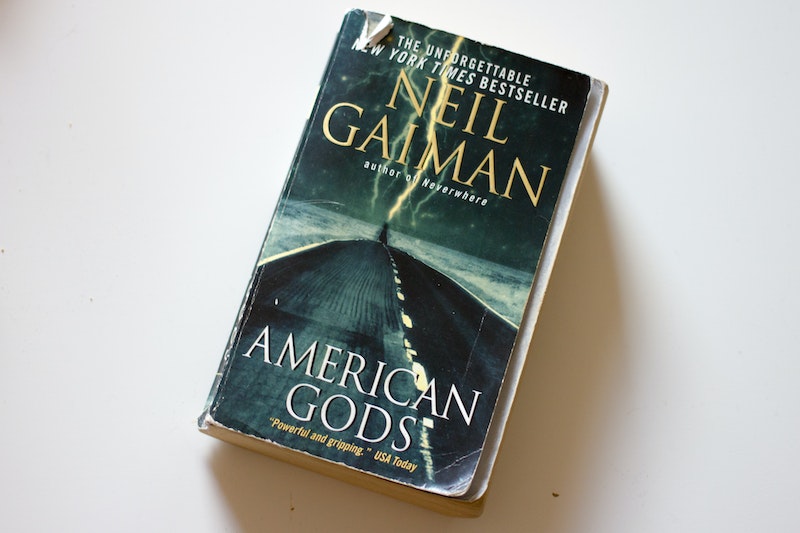 American Gods would be a much better novel if it actually cared about gods. Or anything other than its own smugness.

Neil Gaiman's 2001 novel has become something of fantasy classic since its release; it was recently turned into a television series. But re-reading it now, what's striking is how desultory it feels. The story centers on Shadow, a standard issue wounded tough guy, who finds himself caught in a war between Old Gods of various pantheons—Norse, Egyptian, West African, Eastern European—and the new shiny callow American gods of media and technology.

Gaiman's conceit is that Gods don't create humans; humans create Gods. The old gods like Wednesday (Odin) are weakening because no one believes in them any more. Wednesday is involved in a sneaky plot to get one last jolt of belief for himself and boost his strength.

The problem is, if the gods take strength from believers, what happens in a book populated by gods in which their author doesn't believe? Gaiman isn't a worshipper of Odin or Thoth; he doesn't think that kobolds and leprechauns exist. The deities and demigods he trots out function as divine Easter eggs for myth geeks. Oh, that brown cat curled up there must be Bast—and Mr. Nansi is Anansi the Spider-God—and hah, that's where Loki was hiding. It's like Where's Waldo with more intellectual pretensions—or one of the big budget team superhero movies, where getting the various corporate properties in the same space at the same time is supposed to provoke cheers in itself, no matter whether they do or say anything worthwhile.

Gaiman seems dimly aware that the book lacks… well, soul. Laura, Shadow's undead wife, accuses him of not really being alive. Bland Shadow is blandly sad to be confronted with his blandness, and decides to hang from the World Tree for nine days to show that he really has faith and heart. The ritual generates no particular spiritual insights, though, because Gaiman doesn't have any interest in spiritual insights. Instead, it's treated as the equivalent of buying a new car. Some people go sky-diving, others deal with a mid-life crisis by subjecting themselves to a painful Norse ritual. It's human sacrifice as extreme sports.

Gaiman deliberately avoids including references to Gods the majority of his audience are likely to have strong feelings about. He casually includes Native American mythological elements presumably because he doesn't think Native Americans have a powerful enough voice to get him in trouble. But he cut out a passage about Jesus. Gaiman certainly doesn't have the gumption to present God as an African-American woman, as William P. Young does in his 2007 novel The Shack.

Gaiman is a better writer than Young in most regards. American Gods is well-constructed and its plot bops along. In contrast, The Shack veers erratically from corny bathos to tedious exposition. The story features a guy names Mac, whose daughter is murdered by a serial killer. God sends him a note promising to meet him at the shack where his daughter died, and then Mac spends most of the rest of the novel talking about the nature of evil with the three persons of the trinity. It's not exactly pop culture gold—which is why Young had to self-publish at first. He found a mainstream distributor only after word of mouth made the book an unexpected hit. It was turned into a (terribly reviewed) film earlier this year.

The Shack isn’t a good book. But it has life to it. Young is a believer, and that faith leads him weird places. The opening of the novel, in which Mac receives a note from God in his mailbox, is equal parts funny, touching, and bizarre. The multi-cultural Trinity chatting with Mac and encouraging him to garden and walk on water are suffused with Mac's, and Young's, delight. Young's theology is blasphemous in its optimism—he believes that non-Christians can be saved, and his Jesus cheerfully questions the usefulness of the Bible and Christianity.

Gaiman's indifference encourages him to play it safe; he's not trying to offend anyone. Young, on the other hand, has provoked vast quantities of evangelical criticism—not least for being willing to physically represent the Christian God(s), as Gaiman won't.

I'm an atheist myself and worship neither Christ nor Odin. But being an atheist doesn't mean you believe in noting. Gaiman wrote a whole book about how he doesn't think Anubis or Czernobog are real. But what does he care about? Where is his faith? He lacks the courage or the passion to tell us. Which is why, if forced to choose, I'd re-read The Shack before slogging through American Gods again.