Don’t get too excited, kids. This rooster has seen enough to know. 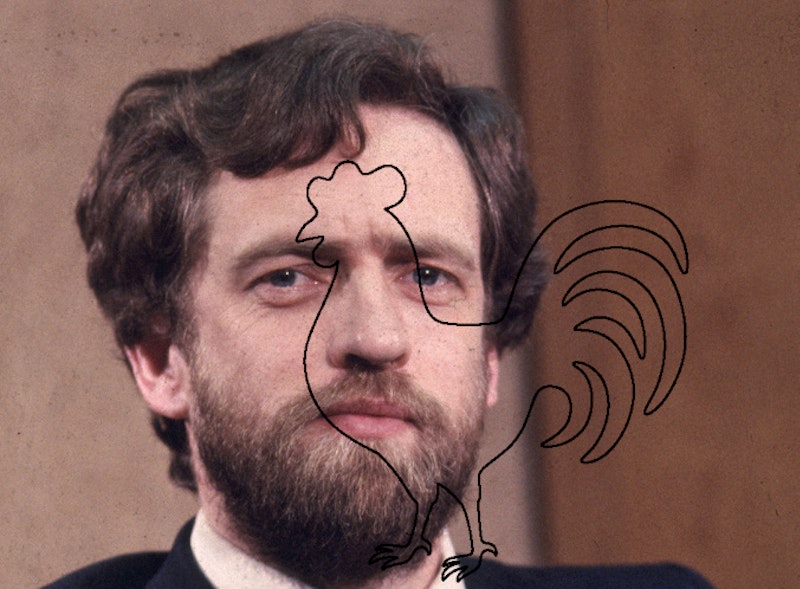 It’s been a hard day’s night/and I’ve been working like a dog/It’s been a hard day’s night/I should be sleeping like a log. Please don’t accuse me of pumping and dumping stocks anymore, I’m sick of the grief. I don’t do that and never have. Although I’ll admit I put some serious coin on British Prime Minister Theresa May losing in her ill-fated snap election to the socialist maniac Jeremy Corbyn. I’m apolitical, and have been ever since the Carter administration, so I stick to making money on election days and nights when most people are either celebrating or crying into their beers. I have to suffer through the ignorant Americans making comments and idiotic jokes about English culture, names, and habits. Yeah, we get it, they fight in Parliament. They have Tesco. I lived in Maida Vale for a year in the 1990s—Tesco is just 7/11. Calm down.

I put money on Corbyn winning but I didn’t want him to succeed. We have a past. I knew him in his drinking days. His heavy drinking days. I never saw him lay a hand on another person, but I saw him behead a chicken in his backyard. It was early, I wasn’t sure what we were doing there, but Jeremy went to the barbaric coop and scooped out someone screaming, cries and pleas obviously only I could hear. But I just had to look. This was supposed to be our breakfast.

I’m not sure if he’d gone to college yet, or if he was radically undereducated as a child, but in the mid-1980s, Jeremy didn’t think what he was doing was murder. And to make me a witness of it! Feh. I said something about returning videotapes, went around to the front of the house, and started a little fire in his flowerbed. He was right cross about it, storming into the shed and knocking over a dozen tea kettles and accidentally burning himself as he tried to retrieve the fire extinguisher. While he was busy being an idiot, I went around to the backyard and took my fallen brethren and gave them a proper burial in the back where no one would ever disturb them.

So I understand now that Jeremy Corbyn is a favorite among the youth, a harbinger of a socialist wave across the world. Rise of fascism in the west? Feh. I told you this nonsense wouldn’t last. But I urge you, all ye of voting age and fond of avocado toast and new iPhones: be careful what you wish for. Christ is a meta-hero, not a man. The structures we have in place that define the West are immovable. The only way out is complete obliteration of society, and a hope for some future generation to make sense of it all and move forward. Learn to love capitalism, because it’s here to stay. That’s just the way it is. Take it from a rooster that’s seen many an epoch fly by, and the only constant is change. Find your center of gravity and grip it like the edge of a cliff. Look back in anger. Make other people mad, but return home safe. “Vote your conscience.” Leave it up to the others to decide. I’ll be at home scheduling my next decade.