Remember this about white people: everything you say we are, we are. 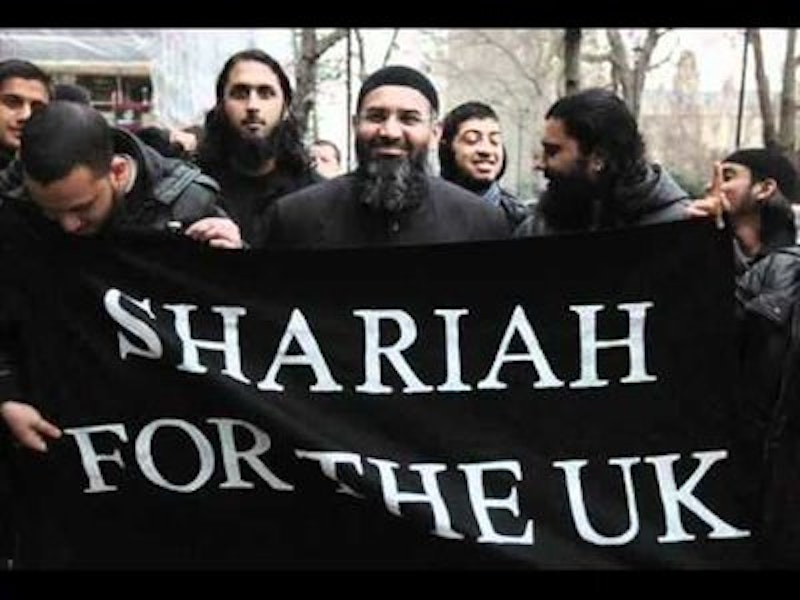 The vast majority of Americans who wind up in emergency rooms because of snakebites are drunk. The only people who go around fucking with venomous reptiles are a tiny subset of inbred lunatic Appalachian Christians and arrogant amateur drunks. Drunks and religious fanatics have a shared belief in grace and providence, although I doubt that many dipsomaniacs would phrase it that way. There’s not a lot of daylight between the jihadist suicide truck bomber and the bourgeois suburban bimbo behind the wheel of her BMW with a blood alcohol level of .18.

It sounds like a joke, but three jihadist immigrants crashed their way into a bar in London’s Borough Market district last Saturday, whipped out their knives, and began attacking people while screaming some subhuman gibberish about their god. It helps to get familiar with the territory you’re in before you go around attacking people. Most American serial killers know that much, but religious fanatics are less evolved than serial killers. I’m guessing it has something to do with survival instinct.

This particular bar and neighborhood are known among locals as the territory of a notoriously violent band of soccer hooligans, fans of Millwall FC. One of them was drinking at the appropriately named Black & Blue when the ragheads busted in screaming about Allah. Forty-seven-year-old Roy Larner leaped up shouting, “Fuck you, I’m Millwall!” He stood his ground despite being stabbed eight times and fought like hell until the cops came and introduced the hajis to their god in a hail of bullets. Fans in the neighborhood who stole a Millwall FC plaque off the team’s bus 20 years ago announced that they’ll be giving the plaque to the man they’ve dubbed “the Lion of London Bridge.”

These Moslems in Europe are obviously in need of instruction on the white race. They’d be wise to heed the advice of their cousins, the Jews. Maybe the EU should provide tours of Auschwitz for these new arrivals to encourage assimilation. It’d save a lot of trouble to simply convert the old German camps into refugee housing and skip the part about rounding them up. Attempting to impose sharia law on white people is suicidal. A tribe that can slaughter 6,000,000 people without leaving a single shred of forensic evidence is definitely not to be fucked with.

Sweden is ruined, Germany is a train wreck, Paris is over, and the UK is a multicultural sewer. Every white nation is being systematically destroyed by weaponized immigration. Even Iceland is taking in these primitives, although I tend to doubt that they’ll be bold enough to start any shit up there. I don’t think Allah would be of much help when a bunch of drunken Odinists decide to throw rapey Muhammad into a volcano.

We’ve had 50 years of brainwashing about “tolerance.” Tolerance is a two-way street. The people who regularly accuse white people of being irredeemable ultraviolent genocidal maniacs are the same who fuck with us on a daily basis. That’s like a bunch of drunks on a camping trip poking a rattlesnake with a stick. It’s fun to watch. It’s fun to speculate on which white nation will be the first to go full-tilt Nazi. Once it starts, will it cascade over the traditional white homelands? How long before one of these mindless jihadist attacks results in the equally mindless firebombing of a fully occupied mosque?

Equality is, after all, the goal of every enlightened society. Symmetry and reciprocity. We’re descended from Vikings, Saxons, and Celts. Our ancestors bathed in the blood of their enemies and reveled in slaughter. This politically correct bullshit is a blip, a brief tutorial on the inevitable social result of diversity and proximity. Remember this about white people: everything you say we are, we are. We built the modern world, and we can easily blow it away. We don’t owe you anything. I rattle. I bite.