Nighttime I Go Out

Drifting and grifting through grates of New York. 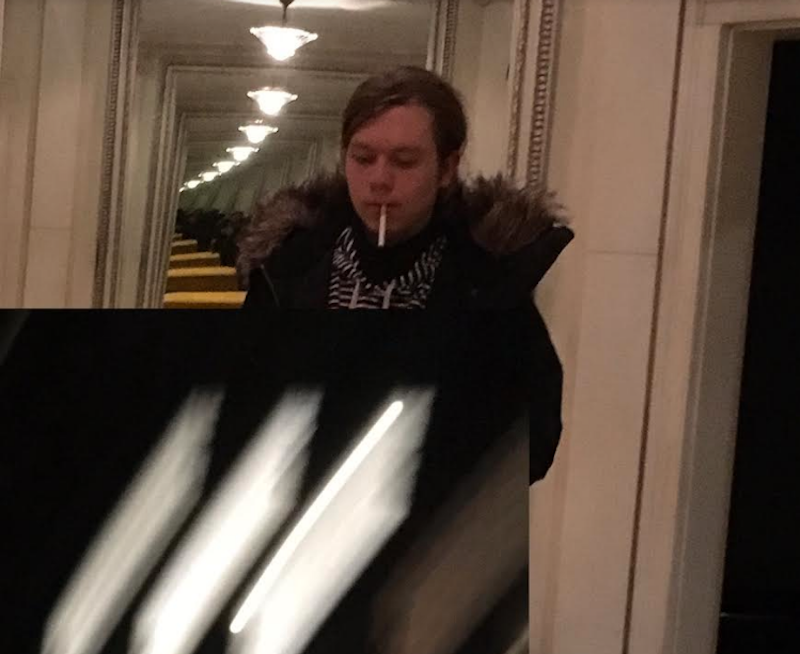 The Upper East Side is completely deserted. Here on business: I met my friend Rooster Quibbits for a quick chat while he was filling in for an overnight mannequin gig in a chic shop on Madison. He’s doing okay, but man, persecution complex much? Everyone is out to get him… We didn’t talk much, he had to stand in place after all, security cameras and all that. He usually likes to gesticulate. I let him be, walked around the block a few times—totally dead, no one in the streets, nothing but trash compactors and scaffolding. All around a tableaux of pristine townhouses, no dog shit on the sidewalks. Every frail old lady with totally fucked posture draped in designer clothes has turned in for the night. Nothing to watch out for here, no helicopters overhead. The place I’m staying is another doll’s house frozen in time. The ceilings creak and voices spill out from the hallway. Up to what? Who knows. It’s easy to walk around out here and get away with it.

Doing my best to ignore the man Jennifer Granholm called a “publicity… parasite” last night on CNN. Good catch! Milo’s press conference happened somewhere here in the city, sort of funny that it was conservatives sitting on a nuclear opposition dump for over a year that finally sunk the guy. But I don’t care. I am glad someone in the media finally noticed the annoying habit of pseudo-intellectuals and shills that use the word “right” as a comma, in Greill Marcus’ words: “a way of certifying the assumption that everyone present shares a certain set of opinions and terms of discourse. Right—it’s not an aggressive pronouncement but a congratulation of both the speaker and the audience for the truth that they already agree and that no fundamental preconceptions will be challenged. In other words, they and Trump are speaking the same language.” The speed-freak babble of Silicon Valley worms and gibberish of professional talking heads continue to assume they’re speaking to an audience of idiots. Not unreasonable, but the strategy, right—seems likely to backfire.

Drifting more, scanning. Sometimes I wonder if Don Lemon will go on forever. Six years ago I was convinced he's a robot. I can’t believe he still has a job at CNN. But I loved watching Jewish representatives argue over the “meaningless” Anne Frank Center, “which no one had heard of before today,” on CNN last night. Their rebuke of the President’s tepid condemnation of anti-Semitism and bomb threats being called into synagogues and horrible hate crimes happening in places like St. Louis, where a Jewish cemetery was raided at night and dozens of headstones were knocked over by cretins. This Anne Frank Center had a great line about Trump’s mush mouth: “a pathetic asterisk of condescension after weeks in which he and his staff have committed grotesque acts and omissions reflecting Antisemitism, yet day after day have refused to apologize and correct the record.” One good gift to take away, another good phrase: “pathetic asterisk.”

I’ve never cottoned much to Alex Chilton or Big Star, but the song “Nighttime” has been stuck in my head the past couple days. More people out on the streets tonight, perhaps back from the holiday. Thought I would take a nap today, then the news flashed a chart full of thumbnails of the fifteen most recent presidents. Seeing Trump in that layout, just a few squares removed from Carter, Reagan, Eisenhower, Nixon—sometimes I wake up and remember the fucking guy is President. Better than a cup of coffee, frequent exposure may lead to dementia and/or ascension to the highest office in the free world. Tread lightly.