A Remembrance of Diners Past

Everyone raise a coffee mug. 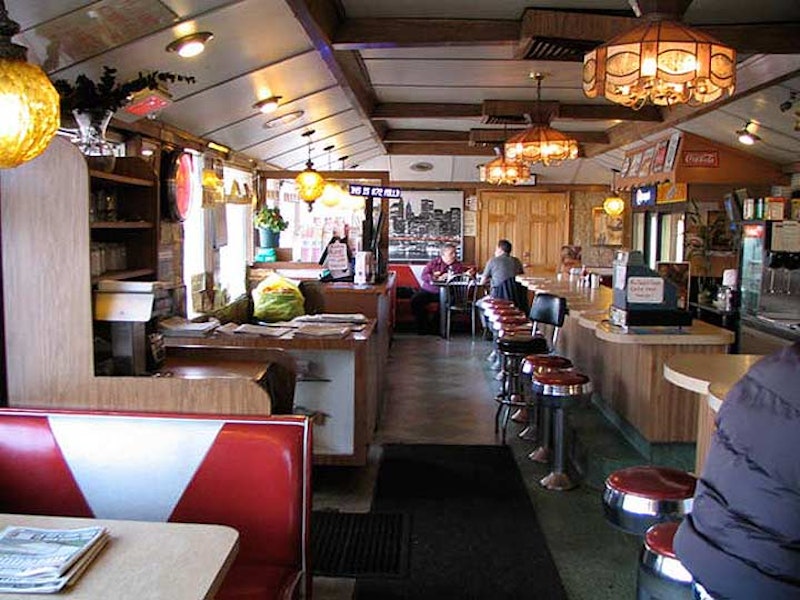 I’ve always had an affinity for diners, not only for the relatively simple and affordable fare served in most of them (though that's beginning to change), but also for the architecture and even the neighborhoods they're in. One of my favorite surviving diners is in the hinterlands of Maspeth, Queens (interior shown above), and was known as Clinton Diner until a few years ago, in honor of De Witt Clinton, who held every important office in New York State and New York City in the postcolonial era, and who maintained a mansion nearby; it was renamed Goodfellas Diner because scenes from the Scorsese movie were filmed there.

During my last visit, I noticed excerpts from my book Forgotten New York on the menu. However, after a hearty lunch, the blood once again started dripping down my head, and my lunch companion called the EMTs to whisk me off to Elmhurst Hospital. No, I had not been clubbed by a Goodfella. I had tripped about an hour earlier and cracked my noggin on the railing of the Metropolitan Avenue Bridge that crosses the noxious and noisome Newtown Creek, and the jaw movements caused by my enthusiastic chewing had once again opened the wound. I was sewn up and sent home a few hours later.

The Clinton—it'll always be the Clinton to me—is set along a busy truck route called Rust Street, whose name is oddly appropriate in this still heavily industrialized part of town. There are railroad tracks running alongside the road and freights occasionally rumble through. Until about a decade ago, a historic Episcopal church, St. Saviour’s, stood nearby, as it had since 1847. After the NYC Landmarks Preservation Commission declined to designate it (they have complicated and political reasons for designation and non-designation) the old church was disassembled and waits in storage for what is hoped to be an eventual restoration.

My favorite diners are standalone buildings as opposed to those occupying ground floors of apartments (Tom’s Restaurant, for example, made famous by Seinfeld and the Suzanne Vega hit). And of those standalone diners my favorites are the original diners designed to look like railroad passenger cars. Though none remain in NYC, the very first diners were indeed retired railroad passenger cars, and older designs hewed close to that model.

One of those railroad car diners was the Cheyenne, which used to reside at the NW corner of 9th Avenue and West 33rd 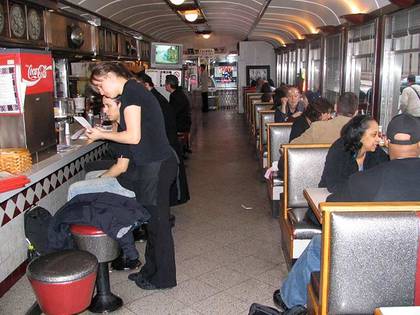