Getting to know my Uber drivers. 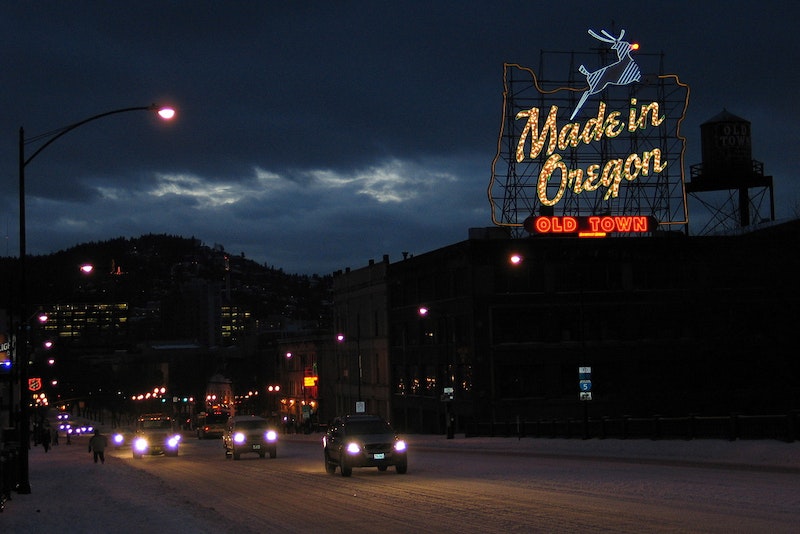 My friend and I took many Uber rides on a brief visit to Portland, Oregon. Uber had been under fire due to Travis Kalanick’s appointment on the economic advisory team. #deleteuber hashtagged its way around the internet. Kalanick eventually stepped down. On many of the cars we called, the drivers had both the Uber and Lyft symbols, showing they drove for both. I’ve written about the service economy before. There is no question in my mind that Uber doesn’t do enough to protect its employees, doesn’t offer enough insurance coverage to help offset the on-the-job realities of driving-related income, doesn’t offer long-term benefits like health-coverage, or overall growth. Still, Uber, like Lyft, is convenient as hell.

We probably should have deleted Uber, but, I figured we could do some investigative journalism. Real hard-hitting stuff, undercover-style. Here’s what we found.

(Names of drivers have been changed.)

Doug, 22 minutes, from PDX to Airbnb

First ride in Portland. Picked us up at the airport. Big Lakers and Raiders fan. We talked about the Super Bowl. He has a hatred for the Celtics, because he grew up in LA. He loved the Raiders and talked about how unlucky they were this year. He was convinced that based on how good the Raiders have been in the past, it’s been that much harder for Raiders fans to deal with the losing lately. The Raiders were good in the 1970s and in the early 1990s. I explained that the students I taught, who were teenagers, had only known the Raiders as a losing team, so this year’s success and then eventual disaster was that much harder to take. Doug was in his early 40s. Made good time, as we arrived in the late morning on a cloudy Thursday.

Fortunately not spelled DUI, which would be a brutal name for a driver. Uber and Lyft. Duy drove us 28 minutes in the rain around rush hour to a tamale place for dinner before the game. He was youngish, South Asian, maybe Thai. He had the music on really loud. It was tough to talk to him. He asked, “They’re building the wall now, aren’t they?” He was interested, but didn’t know too much about what was actually happening with politics. Was listening to 80s music. Heard some good tunes for a minute or two. Probably mid-twenties. Left the sticker on the brim of his Blazers hat.

We couldn’t find Carlos’ Ford F150 in the parade of parked cars outside of the arena. Clusterfuck. We waited in the rain after the Celtics come-from-behind victory, as the cold breeze tunneled through the heart of the city. Eventually, we spotted Carlos’ truck. I asked him to close the windows, which were open for some reason. We spent the first 10 minutes just trying to get out of the jam. We mostly talked about politics and football and the growing list of Patriots who are refusing to attend the White House. Carlos piped up, “Uber Fight!” at one point, when two cars were honking. He was positioned rather close to the steering wheel; it seemed as if he was mashed against the wheel, for reasons that were unclear. I remember looking in the rear-view a few times while we were talking, and he didn’t have much to say. I couldn’t tell what he made of us. That’s okay, we were happy to get home from the game, and we were just one more fare before he could call it a night.

Phil, 7 min, from Airbnb to diner

Phil brought us to the City-State diner for a 10:30 am brunch with Mike. Phil was a jocular, pleasant, rather large fellow. Probably over 270 pounds. He had some opinions on snow and salt; had a good sense of humor about the whole situation. The city of Portland got some snow. It was remarkable because of how cold the city got over the next week, causing ice and road problems. For about seven days, the city didn’t seem to know what to do. Why didn’t they just use salt, as is the case everywhere else. Phil said he used some salt right in front of his house on the snow in front of a bus stop. Worked fine. Talked about the city not using its money well, paying a construction guy to use the “Slow” or “Stop,” “Slow” sign. Those signs are held up everywhere. Not sure what we would suggest instead, when a road is being repaired. He lives near Mount Tabor. He very much wanted the city to use salt in the future. Definitely concerned about the municipal government. Phil also had a huge bag of Life-Savers and water and something else, which was thoughtful.

Luis, 15 min, from Airbnb to get from Mike’s place to Airbnb

Luis offered to take us back to grab the books. Bought two copies of Martha Grover’s End of My Career, from the publisher himself, old friend Mike. We accidentally left the apartment without the books, but after a minute in the car, Mike texted, and we reversed course. Luis seemed like a nice fella. Brought us back to the Airbnb before dinner.

Leopold, 30 min, from Thai restaurant to Liquor Store on other side of Portland, and then back to Airbnb

Oh, Leopold, with your thick Russian accent. Leopold dove right in, talking about coming to Portland from the Bay Area, escaping a possible felony charge. Had to get away from California quickly after being granted sole custody of his three boys. Wife must be nuts. He shoots raccoons with BB guns. He referred to a 1,000 foot “kill-zone,” to which we looked at each other with raised eyebrows. Leopold claimed to use the BB gun to defend his son from the raccoons, which enter his property from the back, where there is a nature preserve. He said it takes three shots to kill a raccoon. Was he really defending his song from a terrifying beast? Hard to believe when you consider the rape allegations. Seems more like he enjoyed shooting raccoons. He was in Sacramento for a while. Now he’s in Portland.

He does seem to care about his kids, which is positive. He was overly concerned with the Berkeley situation featuring Milo the Provocateur. Called the protests riots. Definitely right-wing radio listener. Probably thought Milo was some sort of saint who just happened upon Berkeley’s campus and then was attacked by the “angry mob” of politically-correct crazy students, because Leopold is definitely pro-Trump. He was very excited for us to be heading to a liquor store. He knew about other liquor stores, but this one, open until 10:00 pm, was new to him. We survived the trip and when we returned to the Airbnb, we had some celebratory bourbon.

Driving back from mid-day ping-pong to Woodward. Soft-spoken, nice. Both Uber and Lyft. Forced him into awkward answer about how much he’s had for Uber vs Lyft. What was he supposed to say?

Marc, 20 min to PDX from Airbnb

Hip-hop, Chris Brown party story. Friend went to Chris Brown’s party. Phones locked away in safe before entering the party. NBA fan, dad of two teenage daughters. Insisted we put our backpacks in the trunk, that it would be more comfortable. Both Uber and Lyft. Wife had eight siblings and was the oldest girl, had to help raise everyone. It takes a village. He referred to running an insurance company before. High-voltage dude, almost manic. Too many Rock Star energy drinks? Thick, rubbery black sunglasses. Weird cackle. Thought Isaiah Thomas of the Celtics was Isiah Thomas’ (Pistons) son. He claimed that having children will “Make you an honest man.” Huge Italian family.

What conclusions can we arrive at? Portland, Oregon is one of the more liberal enclaves in America. Chances are pretty good few drivers are going to spout openly right-wing rhetoric. The fact that most drivers had decals of both services shows you that Lyft is making a dent.

—In addition to Splice Today, Jonah Hall writes for Medium and The Darko Index. His forthcoming memoir, The Dusty Jumper, is about basketball, identity, anxiety, and fandom. Jonah hopes it will be available in April. Follow him on Twitter: @darkoindex