I’ve been kicking some ideas. 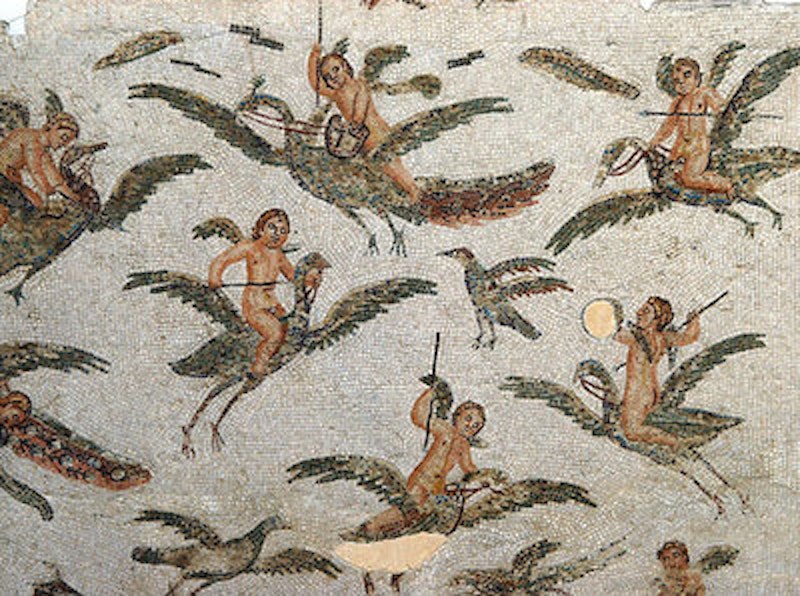 No, I don’t have a plot. I don’t even have characters. I do imagine a lot of heat and sun, with shadows jumping out on the rock, sweat glittering on the lip. Green eats up tan as vines swallow stone parapets. And so on. Apparently that’s the stuff that gets me. Any story would have to involve indoor scenes, the pillars and drapes and couches of the ruling class, the desk and eating tables and pallets of the humble. My mind brushes on these things when I reflect that somebody in my story will have to do something. But in the meantime…

There’s a palace the size of a mountain. It goes up and up. Vines, ruins, copper-colored people. These people rule subject races (black, umber, cobalt, many others) after sweeping in from the desert. The rulers are tall, beautiful, neurotic and lost. The conquered are a mix; there are so many peoples involved.

Government doesn’t suit the conquerors and it shows. Living at the top of the world, they’re more concerned with getting their heads straight. They won their empire when their nation’s various tribes united by means of a giant psychic meld. Much cultural energy is expended on recreating that state of mind. Nobody knows how it came about, but they tell themselves they do. Meanwhile, the empire divides into satrapies, and bandits crowd the lower reaches of the palace.

Men on birds arrive, giant birds the size of horses. The newcomers are; they’re from continents away; they’re traders who can cross oceans because of breakthroughs in avian management. The rulers grant them permission to land on the palace’s lower reaches, then the upper reaches. Novelty is part of the reason, and so are the traders’ chief items for sale, spices that produce mild highs when eaten with the right foods. The traders are white, and the palace’s various races call them Drops, after the giant droppings produced by their birds.

The newcomers begin to muscle in. They come from different nations, and each nation’s traders want their rivals excluded. The birds provide a fine vehicle for distance weapons, so traders ally with factions among the copper-colored rulers. The palace falls into disputed sections, with battles fought in the skies and along vine-devoured corridors.

Anyway. Having alien traders on the scene in a fantasy story strikes me as new. That doesn’t mean it is, since I’m out of touch. But I go for anything that doesn’t seem like Western Europe of the Middle Ages, a zone that has been stomped flat in my imagination by Tolkien and Tolkien imitations read during my long-ago adolescence. A tropical empire with white traders seems more like India and Indonesia of the 17th and 18th centuries. My traders come from chilly cities along a northern coastline, which makes them like the Netherlands or the Hanseatic League, I suppose. The Dutch did take Indonesia, and they were of the early modern period, not the Middle Ages. And my traders don’t have to have the same sort of clothing or beliefs as the Dutch. After all, my traders’ technology won’t be the same. Yes, I think my trader cities are at the same stage as the Netherlands of, say, the 16th century (and, all right, I’ve got to brush up on my reading). But Dutch technology didn’t involve giant birds.

And there I will leave it. Still no characters or plot.