My Second Trip to Madrid

I don't remember the first. 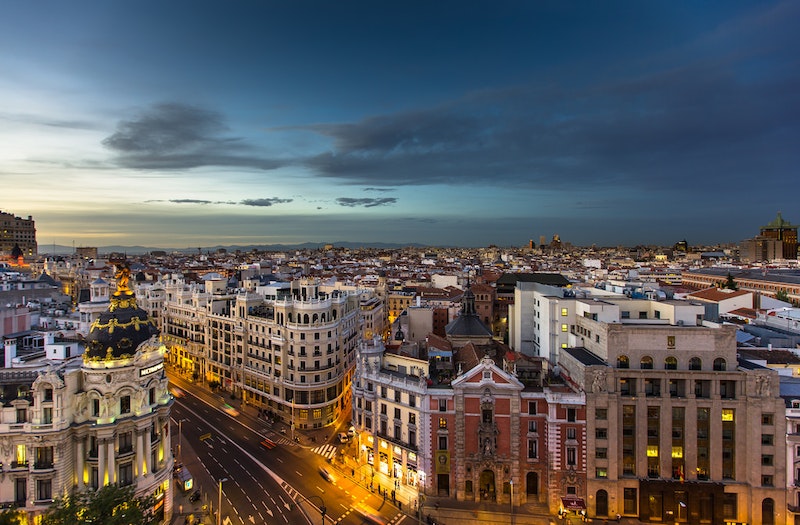 I have heard it said many times that Madrid is gorgeous. I was there once when I was seven but my memories have long faded. They possibly evaporated the moment I returned home to America. I am not nostalgic for having lost memories of exotic travel. How could I have reveled in travel at an age when all I longed for were Saturday morning cartoons and cereal boxes written in English?

I made my way back to Madrid via a red eye flight from an airport far outside London. I have heard it said before that when someone enters familiar territory, albeit aerially, that memories can re-emerge. Despite a singular effort, two hours of flying did nothing to connect me to 24 years ago. In the spirit of starting anew, I would have to embrace Madrid.

I arrived in Madrid without very much confusion and for very cheap. I can speak the native language and look the native part in a non-native territory. The room in the flat I was renting was near the Prado Museum. I lived there with a Colombian man named Carlos and a lodger named Daniel. When I had arrived my intention was to speak only Spanish. This plan was derailed immediately upon learning that Daniel was a recent college graduate from San Francisco. It was through Daniel that I had to gauge whether I had in fact arrived in the promised land resembling the prophesy transmitted by anonymous ex-patriates on the Internet.

I believe that one man's opinion always benefits from a thorough fact check. While in London I had been given the name and contact information of a German man who had, sometime in the past, befriended my host in Madrid. I suspected this bold move by a complete stranger to give me the information of another complete stranger. That is forever my American way.

After contacting him by phone we agreed to meet in a bar walking distance from my apartment, in Lavapies. The stranger was a pony-tailed blonde Flamenco dancer named Alejandro. He had left his rural town in Germany six years ago. He spoke Spanish with far greater fluency than I did. This was a source of eternal frustration for every waiter and barkeep that attempted to speak to him in English.

Nights are very late in Madrid. The beer was good and cheap. He suggested that we go to the nearby Flamenco school where he took lessons.  We entered at 10pm and it was bustling with activity. Old friends greeted him in the hallways. Women locked eyes with him as he poked his head into open studio doorways. Everywhere there was evidence of Alejandro's command of the ex-patriate dream—like an issue long settled and natural as gravity.

In Madrid, hallways always lead to another bar. And it's true that when you're around ex-pats you meet other ex-pats. Alejandro's ex-pat friend was a man in his early 30s from Ohio who taught English and didn't speak Spanish very well.

Madrid is very open, and we agreed to speak and swear exclusively in English. Most of the time I found myself not having to speak at all. I was lost in the silence of eating tapas. I was lost in the casual glances of attractive strangers who knew nothing about me, nor I about them. The price of fantasy is nearly always at the expense of effective communication. The more we drank the more we ate. The more we ate the more we drank. As our intoxication grew, the space and everything within it became more promising. Promise is seen in the eyes and nothing reflects more perfectly than glass.