Sleepwalking on a Monday Morning 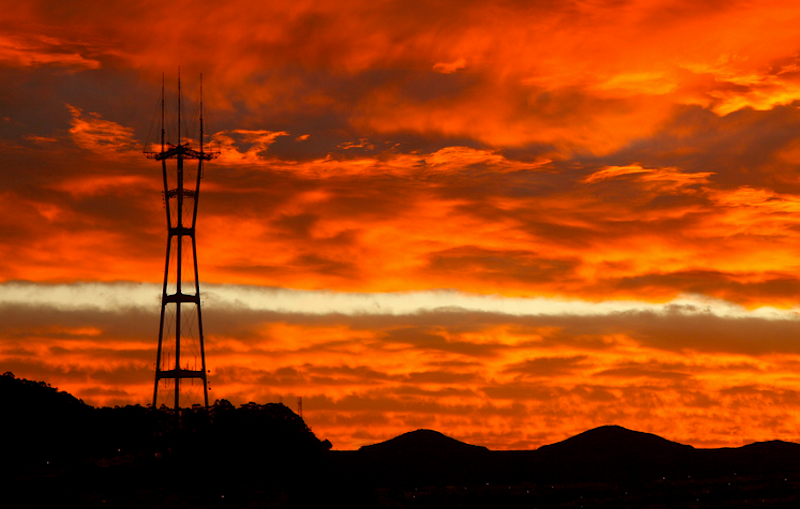 Last week was February vacation, also known as President’s Week in certain circles. Some schools give you one week in February or March and maybe an extra few days around Easter. On the East Coast, it’s often called “Ski Week” in the suburbs. I never went skiing during those weeks, but I remember loving the breaks from school. Waking up late on a frigid morning. My mom and my brother’s family, and many old friends are snowed in this February. We had old-fashioned heating grates that were perfect for curling up next to with an actual book or an issue of Sports Illustrated.

My birthday comes every February. It means that the NBA season is nearing its stretch run toward the playoffs, and it means that spring training is nearly upon us. In the Bay Area, it’s been strangely warm already. Usually, the rain comes and goes until March, and the fog wins some of the time in February, but not this year. All the rain came in December and early January. Instead of 15 degrees with an ungodly wind-chill, the way I grew up, it’s been in the mid-60s and I’ve used sunblock on my neck on those days I decided to start shooting baskets down the street. We are both 35 now, but the number feels important only in that each birthday feels less important. I don’t mean that in any negative way. I’ve never made any big deal out of my birthday. I’ve had a few nice small-group birthday dinners, but those always feel like a logistical struggle. Planning and then dealing with groups can be exhausting, even when I like the people that make up the group.

The Mayor of Boston is now urging people not to jump out of their windows into the gigantic snow banks. The snow just keeps coming. My brother will be teaching and nephew will be in school through the very end of June this year. On February 10, The Boston Globe’s front page buried Dustin Pedroia in those snow mountains. Back in Daly City, just south of San Francisco, where I commute in the mornings over the bridge that shall not be named, my school had the week off. I’m lucky enough to get one week in February and one week in April. Lucky in the sense that I don’t have to deal with the bridge. Not so lucky in the sense that I’m not paid for the week off.

The week went by too quickly, as it inevitably does. We had my wife’s brother and his partner visiting. We enjoyed some good food and there was revelry and camaraderie. I was coming down with some sort of head cold and was running low on energy. I took a bit of time away from everything and did what many fantasy-baseball obsessives do this time of year. I organized the keepers in our fantasy league.

Seven players to take into the online draft. It gives each season a sense of continuity and allows for owners to stay interested around the trade deadline if their team is out of the running. Fantasy baseball. Organizing the process isn’t all that enthralling, and can actually be maddening, but in the end, it keeps our league going. The league started in 2001. The fact that it’s still around is a minor miracle. A select few of the original guys remain involved. Now I read that Mookie Betts won’t be the starting right fielder for the Red Sox. Shane Victorino has been given preferential treatment because he’s old. An old friend is moving back to Boston soon. We have tickets for one more Sox game together. He got the tickets. Something to look forward to in May, the one visit they’ll make to Oakland this year.

The vacation ends. It’s another Monday morning. The alarm goes off. Back to our routine. I drive my wife to the BART before dawn. I head back to the house and let the dogs out and then give them breakfast. Coffee percolating. Shower. Then I see the jar of pumpkin butter in the fridge. A holiday present.

I open the jar, about to spread the sweet goop on some toast. Mold.

I’m leaving the house, about to embark on another commute. Podcast ready. I hold three items in my two hands upon arriving at the trusty blue garbage bin near the side of the house. Moldy pumpkin butter, a travel coffee mug and a set of keys.

First I throw away the mug. Then I realize I’m still holding the jar of pumpkin butter. I pick the mug up out of the trash bin, nothing too nasty, and somehow, I toss in my keys. I close the lid a second time. I take a step toward the car before I notice that I have no keys. My brilliance knows no bounds.

Finally, I open the lid and pick up the keys. I throw out the moldy jar of pumpkin butter. This is what Monday morning really feels like.