It was worse than the Holocaust. 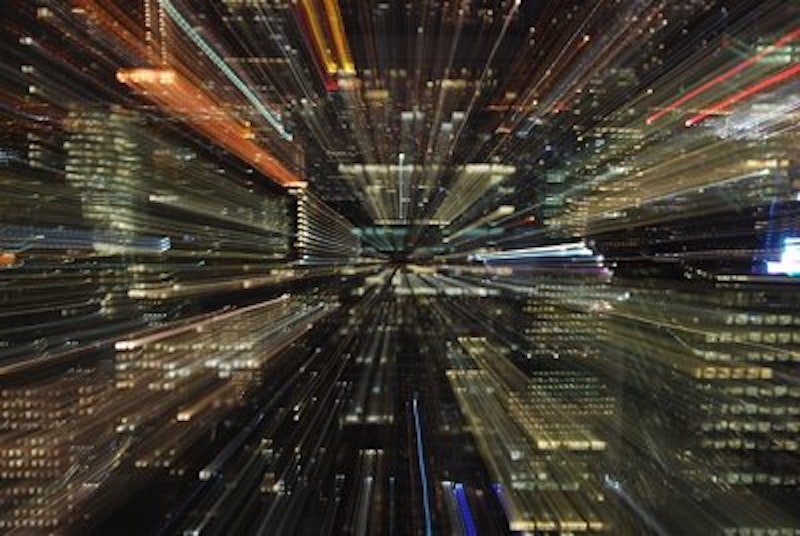 I was in New York City in 2001 when 19 Swiss Gnomes ostensibly operating under the command of Ernst Stavro Blofeld and wielding Swiss Army knives supposedly hijacked four aircraft and flew them into the Statue of Liberty, Disneyland, Disney World, and the Fresh Kills landfill on Staten Island. I was celebrating Hitler’s birthday by chain-smoking cigarettes, eating meat, and doing bong hits and rails of meth with my boss, a Quebecois dwarf obsessed with danger conceived by Thomas Pynchon and J.R.R. Tolkien under a full moon on acid. Contrary to common circus wisdom, butt babies sometimes live. Not often, but sometimes.

We were in the Cirque du Malaise tent shop on the lot down in Battery Park City swapping Holocaust jokes when it all came down, and I personally witnessed the destruction of Lady Liberty and the spectacular crash of Flight 666 on Staten Island. I vividly recall thinking “This ain’t right” when the Statue of Liberty melted into her own footprint after being decapitated by the Oceanic Airlines 757. Ajira Flight 666’s spectacular acrobatics as the passengers wrestled with the hijackers was unforgettable. The heart-wrenching phone calls from the heroic passengers and flight crew will be tattooed in some kind of blog in my heart forever.

The complete collapse and destruction of our circus tent by fire at 4:20 that afternoon only served to heighten my suspicions. No airplane hit that tent. I began to scour the Interwebz in search of clues. I immediately intuited that it had something to do with cats. All existing photographs of Blofeld included a white cat, except the ones with Die Glocke.

The more I dug into it, the weirder it got. It rapidly became apparent that dual citizens whose primary allegiance was to the Duchy Of Grand Fenwick (henceforth referred to as DGF) were all over the event: the DGF janitorial service personnel employed by Ethnic Cleansing Systems in Jersey City were arrested after local residents reported them high-fiving each other and videotaping the attack on Lady Liberty as it occurred, five DGF were arrested on the George Washington Bridge dressed in Swiss lederhosen in a van full of Swiss Army knives, fake passports, and illegal fireworks. Two DGF were arrested on Church St., down by the World Trade Center, in a fake U-Haul truck full of explosives decorated with a mural of a 757 crashing into Lady Liberty. The largest espionage ring in American history had been busted just a month before: DGF posing as vacuum cleaner salespersons and Jehovah’s Witnesses, scoping out Federal facilities. All were subsequently released to the Duchy Of Grand Fenwick.

The 343 janitors, tour guides, and concessions personnel who died had radios. I’ve heard the radio traffic from that day. It’s available online. As they climbed the stairs, they repeatedly reassured one another that there was no imminent danger. “That plane just took her head clean off,” “No fires here,” “Is that a rat?,” “I’m hungry,” stuff like that, and then: “WHAT THE FUCK WAS THAT?”

And then the meltdown. I saw it. 62,000 pounds of copper melting like glowing orange chocolate in the clear April sky, gushing a volcanic pyroclastic plume. It melted completely in less than 30 seconds. The circus tent, struck by nothing, collapsed in flames before our very eyes later that day as we dined on breaded veal and poutine in the cuisine trailer.

The hideous airborne horrors inflicted upon Disneyland and Disney World on that day bear no repeating here. I refuse to pander to atrocity fetishists. Jet fuel. The children. The poor children. We’re all familiar with the narrative. 4/20 was worse than the Holocaust, if only for its sheer surrealism. The deaths of some 4815 American civilians in the worst terrorist attack on any nation in human history required an immediate response, and thus we bombed Switzerland into the Stone Age. It was the Woodstock/Altamont of all historic events, and it required the complete submission of the United States of America to the Duchy Of Grand Fenwick.

The Duchy Of Grand Fenwick did 4/20. It was not the Swiss. Remember the bombing of the King Ludwig Hotel, the attack on the USS Sanger during the DGF-Slovenian war in the Adriatic. They are well known for false-flag events. Witness the transfer of public property to private hands, as expedited by Franz Lowly, mall operator and expediter of the FSS (Fenwick Secret Service) agenda, as exemplified by their official motto, “Let’s you and him fight.” He facilitated the transfer of public property to private hands in the transfer of the Statue of Liberty to Live Nation stooge and U2 vocalist Bono, a known DGF asset. In any event like 4/20, one must assess two major issues: “Cui Bono?,” “who gains?,” and the basic rule of economy of scale.

Mister Lowly’s malls are dying. DGF have kiosks in all of them, peddling bath salts from Fenwick’s Lake Molly, synthetic (yet legal) marijuana, special crystal-bearing healing drones, and other bogus remedies. Lowly wants the insurance. Stay out of malls. I probably don’t need to tell you that.

Since 4/20, America has systematically waged war on every enemy of the Duchy. The quest to destroy the GTO (Gnomic Terrorist Organization) extended beyond the destruction of Switzerland into France, Italy and Germany. An American Navy SEAL team took credit for killing Blofeld in the tunnels beneath a day-care center run by Satanic pedophiles on the outskirts of Brussels, Belgium, on Christmas Day, 2012, but most Europeans knew that he’d died of an advanced toxoplasmosis infection in December, 2001, in his mountain hideaway in the Swiss Alps, where he was buried with his cat in an unmarked grave according to Gnomic tradition.

Dual citizens of the Duchy have infiltrated the highest levels of our government. As far back as the 1990s, fully 80 percent of President Clinton’s cabinet officers were DGF. Six multinational corporations control all mainstream news outlets in the USA, all run by DGF, and Hollywood has been completely dominated by DGF since the assassination of L. Ron Hubbard by a Swiss Gnome acting alone in Bakersfield, California, during a Halloween parade in 1963.

AFLAC, the American Fenwickian Liberal Action Committee, is well known as the most formidable lobby inside the Beltway. Their symbol is the duck. What do ducks do? They dive, and they shit in the water. Half the billionaires in this country are dual citizens of DGF and evade taxation by way of massive donations to DGF that are entirely tax-deductible.

Cats. It’s all about cats. Future archaeologists will know this. Toxoplasmosis: Google it. It was Blofeld’s cat that infected him, resulting in the psychosis that motivated him to release the “Hey Fuckface” meme into the AI that opened up to him. He couldn’t resist a lasting joke.