Remembering an old friend and trying to remember that last conversation. 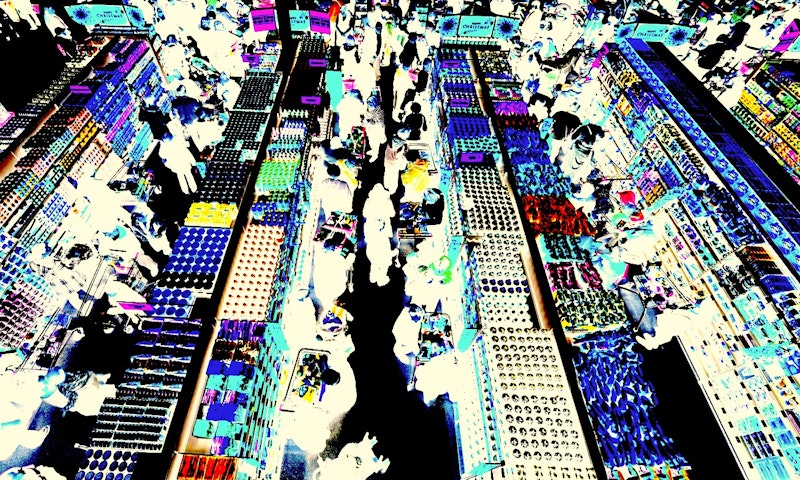 I don’t want to get caught in a situation where I have to describe a personal relationship. I don’t want to do that because my take on it may be different than the other person’s. Are we friends? Maybe we’re acquaintances? A friend of a friend? I feel awkward describing people. To me a friend is someone very close. We share assumptions if not secrets. A friend knows that one of my kids hates mayonnaise. A friend has stupid but defensible positions about the double Windsor. We agree on many things but when we don’t we vigorously agree to disagree.

There are so many people that I find wonderful but I’ve no idea what to call them because I’m socially awkward. My fear, and this is stupid, is that I reference someone as a friend and they shiv me in the back by saying “Who? I barely know that guy.”

Someone died. He was a very good man.

In 1991 I was a high school senior. A friend came back from his first year at Sewanee with a cassette tape from a then-unknown band called Phish. They had a great song about tires making contact with the road and we went to see them in Tuscaloosa. There was a crowd of 20 of us in the bar where Phish was playing but we had a great time. The friend convinced us to follow the band to Athens GA. We caught them in another small venue and dammit if that friend didn’t invite the whole audience, again around 20 people, to crash at the hotel room I paid for. I think he smoked pot with the band and that’s a coin of conversational trade that can lead to poor decision-making. I slept on the floor in the bathroom because I went out for a bite and when I got back every spot was taken by hippie invitees. One guy had the nerve to complain that I made too much noise coming in and woke him up.

Eventually we went different ways. There was no acrimony, we just moved in different directions. We both got married and started families. Until my knee told me I was too old, we played on a soccer team together in Birmingham’s men’s league. We brought in a manicured field to the league that we shared with one other soccer team called Iguana and a rugby team that never showed up to help with the semi-annual aerations or other maintenance. The league was short on fields so we were able to negotiate an absurd situation where every game was a home game. A local bar sponsored us and a local brewery sent us a keg every Sunday.

The games became a pretty big social event. There was always a game at one o’clock and another at three. It was agreed with Iguana that whoever had the first game would fire up a grill before the second game. It wasn’t unusual for a crowd of 50 to come see a bunch of people from high school trying to play as if time didn’t pass. Eventually we started getting married and the crowds dwindled. A girlfriend might come and cheer you with doe-eyed enthusiasm but a wife takes a more measured approach. I quit the team 13 years ago, though I kept up with them. At some point last year The Dinosaur’s FC folded.

I still see a few guys regularly and I’d call them friends without hesitation. I’m not sure what to call the rest. I run into those guys all the time and we’re cordial and I’m usually glad to see them. I like them, but the only time I ever called most of them was during the four or five years when I ran the team and those calls were all about a head count for the weekend’s game and dues collecting. I’m adverse to defining friendships but one of my guide stars is that if I never called you or you never called me to get together you’re a guy I know. Friendly, sure. But friendly isn’t friendship.

The guy that came back from Sewanee with the Phish tape was a wickedly fast wing with a great left foot. He died almost two weeks ago. With all the problems that Covid caused, limited access to health care was his undoing. By the time he was diagnosed, the cancer, stage-four at that point, had spread and 10 months later he found peace. I never met either of his daughters and while I’m convinced his wife might recognize me I’m pretty sure I’d need to prompt my name for her. It was one of my rare visits to Facebook when I found out he was sick. That was only a month before his passing.

I didn’t call him or his family. After contacting common friends I got that they were nearing hospice and were better left alone. I was out of town for the funeral but I watched it streaming. The widow spoke. I don’t know that I could do that. She’s an impressive person. In a few months I’ll check in, maybe bring some food to ease that worst part of losing someone when the ceremony and visits and well-wishing are done and life returns to an unwelcome normal despite a glaring absence.

I can’t remember the last time we spoke. It was likely at a party or maybe a supermarket. When I did find out he was sick and called common friends there was no reintroduction. It had been years since I talked to some of them but we all knew each other in high school and through our incunabular adult years. I know them. They will always be among my closest and dearest. I’m not positive what I lost, but despite the years I consider him a friend. Per his wife, he wanted everybody—friends, acquaintances, total strangers, despised rivals which I doubt he had—to talk to their doctor about getting a colorectal exam.