My Dream About Ted Cruz and the Candyland Train 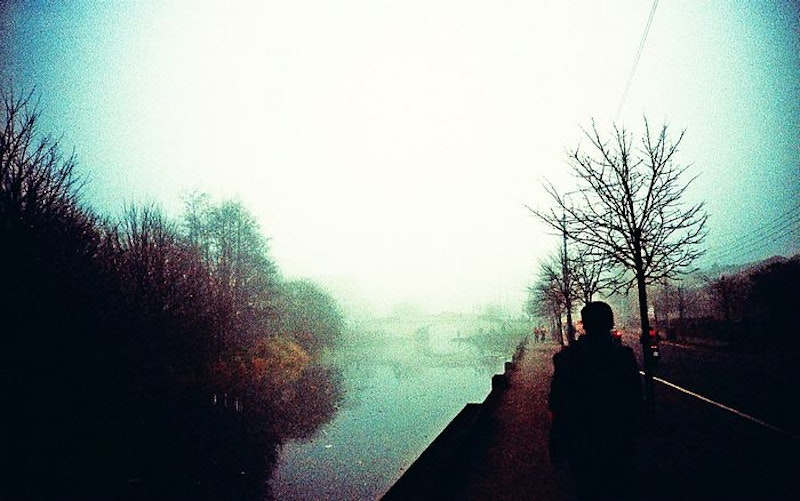 For the past couple of weeks, I’ve been visiting my mother and sleeping in her house’s front room. The morning sun comes in and strikes my head, and meanwhile (for whatever reason) my brain jitters more than usual from its anti-anxiety meds. Not only that but the bed I sleep on is a single; I’m used to lolling about on a double. All these factors came into play the morning I dreamt about Ted Cruz and the Candyland train.

It was the kind of dream that insists it has a plot. You’re gripped by this story; you’re wedged so far inside that it breathes into you. You’re excited to take part in something so fast paced, and you’re alarmed because dire possibilities hang over you. Things must turn out well. Will they? Events narrow, antagonists gain. Acquaintances become allies, the bright sun shines. Maybe you’ll make it.

There’s a border to cross. You lie on the floor of your train car, breathing cool dust and listening to the voices of your new protectors. Outside, turquoise water beneath the trestle flushes with dark spots, the shadows of local denizens who swarm as one from the shore. Cities fall away: brown stubs and hummocks, gray rectangles pockmarked with window squares, aggressive spires that want to hide their violet. The train rushes on.

What is the story? Hard to say. It involves the church steps near Lake Como on a rainy morning; that’s when you realized you didn’t like backpacking. It involves a reverie you had when you were 14 and listening to Vivaldi (yes, you did that) and imagining a fantasy novel where a prince and a princess loved each other and you were the best friend.

The sun beats and the sky is a wanton, flamboyant blue, naked of clouds or seams, sealing the mountains beneath it. Nobody can catch you, they’re falling behind. The train isn’t going to stop. You reflect that there must be a great happy place up ahead, as in the fantasy novels. That’s something they all have, and in your dream you’re headed there. Your dream is willing to give you that.

You reflect that there’s no great happy place in The Lord of the Rings and maybe there’s none in the dream. Where are you headed? What is that place across the border? Why are you going there so fast?

The blue sky wants in; the window panes blare with light. Your late father’s books look down at you from their shelves. You reflect that Ted Cruz has the face of a villain in a children’s storybook, one from long ago, that unwholesome era of thick pages and heavy bindings. Back then illustrators carved out leering, jug-faced brutes that were supposed to be fun but obviously weren’t. Now the world has revolved and one of those freaks has wandered out the books’ back door. He’s on the television and he’s wearing a suit and talking about the Supreme Court. This is a fact that only you know. In a moment it will leave you. Yes, you will remember the fact itself, but not why it’s important, and that’s the part that counts.

At that point I was awake. The dream was up and I lay a minute or so, brain humming and buzzing like a busted appliance. On the whole, I had enjoyed the excitement. I lead a dull life and I’m pretty sure that the blonde princess had been one of my allies on the train, one of the people padding about as I lay on the train’s floor. I mean the princess from my long-ago Vivaldi period.

I thought about Ted Cruz and the Candyland train. It was from Candyland because of the dream’s colors and because of the feel of old-time children’s books that I felt at the end. As for Cruz, I was reconciled to losing my insight. That’s par for the course with dreams.

I took my shower and ate breakfast, and then drove with my mother across the bridge to Westchester. She had to see the eye doctor. She’s 84. Crossing the bridge, I wondered about where the train had been headed. But I didn’t want to think about that and decided to leave it alone.