The Cusp of Madness 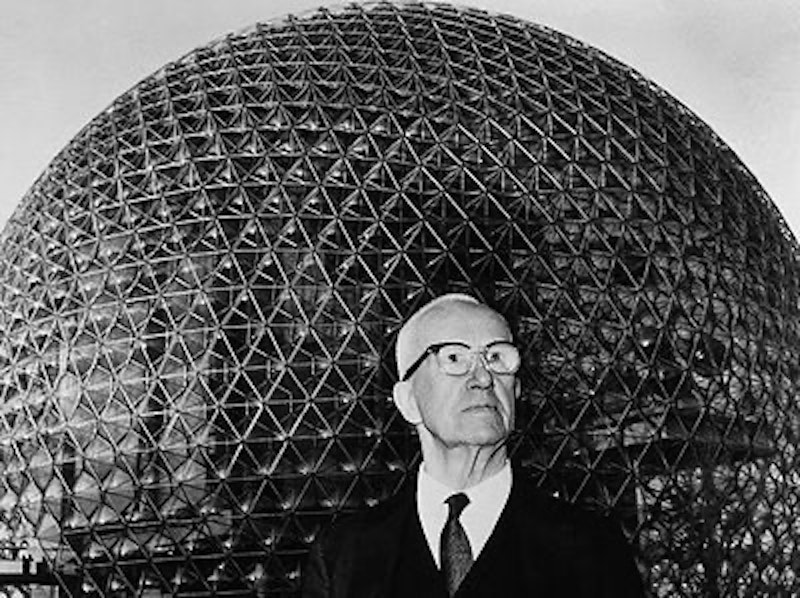 Even in these dark times, there are glimmers of a bright future. Things are going to get a lot worse before they get better, but they will get better. On the other side of the Dark Ages lies the Renaissance. We now have the technology to create a world where everyone has shelter, food, and access to clean potable water. All that’s needed is the will to do it. Back in the early 1970s, I used to follow Bucky Fuller around like a Deadhead, dropping acid and listening to his brilliant interminable lectures. He always emphasized that the problem was not a shortage of resources, but the distribution of those resources. Presently, the greed of the few outweighs the needs of the many, but that’s completely unsustainable, and even the financial elites are aware of that. There will be blood, and they know it.

Witness the impending collapse of the porcine House of Saud. Their moral degeneracy and decadence makes Pier Pasolini’s Salo look like Little House On The Prairie. Their pointless and cruel attack on Yemen is an act of desperation on the cusp of madness. Their only real hope of survival would be to marry into the Kardashians. Putting those hideous women in burkas would be a service to humanity, and prohibiting Caitlyn Jenner from driving would surely save many lives. More likely they’ll just be stripped naked and torn to pieces by an angry mob, and Jenner will continue to slam into things on the highway, unable to focus on the road owing to the throbbing erection she gets every time she catches a glimpse of herself in the rearview mirror.

President Trump is going to usher in a new age of American prosperity by halting the influx of cheap third-world labor and reversing the outflow of jobs begun by serial rapist Bill Clinton’s treasonous authorization of NAFTA. The controlled demolition of Jeb Bush’s vacuous limp-dicked campaign was the most brilliant thing Trump has done in his entire career. Jeb can now retire to the family compound to do endless rails of cocaine and have crazy sex with his mutant hobbit wife. Marco Rubio is a Cuban closet faggot from fucking Florida who can barely control his gay lisp, and Ted Cruz, as we all know now, is the Zodiac Killer. No threat to Trump there. Marco can go back to getting loaded on Molly and dancing around in sweaty gay discos with his shirt off, and Ted can go back to doing whatever it is that retired serial killers do.

Rest assured that Hillary Clinton will steal the Democratic nomination from Bernie Sanders, thus guaranteeing the loss of every Democratic voter under 45. If she gets through her first debate with Trump without spontaneously combusting, I’ll be amazed. He’s going to whip out every filthy detail of her long and illustrious criminal career. It’s a fantastic list. It’d be great if he demanded a paternity test on little pig-faced Chelsea to determine once and for all whether she’s Webb Hubbell’s daughter. I’m pretty sure he’ll mention Vince Foster’s incredibly convenient suicide and the vicious murder of Africa’s last best hope to avoid re-colonization for resources, Moammar Gaddafi.

The biggest difference between Israel and Nazi Germany remains those spectacular Hugo Boss uniforms the Nazis were sporting and the fact that unlike Gaza, Auschwitz had an Olympic swimming pool for the inmates. Hitler tribute artist Bibi Netanyahu says he wants to wall Israel off from the rest of the region. That’s an interesting proposition for a country that has no officially declared borders. Nazi Germany was a tragedy. Israel is a farce.

The European nations are waking up to the fact that they don’t want to be the USA and that mass immigration is cultural genocide.

There’s a bright golden dawn coming. Stay awake for it.