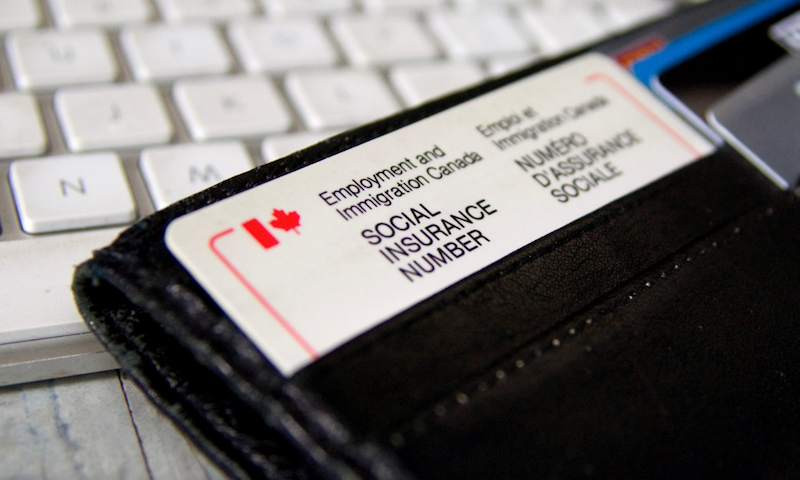 I scratched out my Social Insurance Number almost 50 times. Scratched it out or cut it out. I used a Magic Marker where the number appeared in the middle of a page, and I used scissors to snip the number out of the running heads. You could line up the pages and the scissors, and pages’ worth of running-head SINs were gone. I did this for my federal tax return, but for the return I wound up using the Magic Marker for everything. The SIN cropped up so many times that I fell into a rhythm.

I sat down and spent an hour or so getting my SIN out of my tax returns for last year. Only then could I send them to the fellow I just hired as my accountant. Almost 50 times. Do the same trivial thing 50 times, or even a little less, and a question opens before you: are you crazy? I mean, you’d better have a good reason for doing that thing.

Mine was this: when the Canadian government (I live in Montreal) gives you your Social Insurance Number, it makes a point of telling you not to let anybody else know what it is. People in the United States are told the same thing about their Social Security number. You know that nobody is supposed to see it. On the other hand, I got my number eight or nine years ago. Who says I remember so well what I was told? I say it. So my memory becomes the foundation here. It’s the reason I have to spend an hour or so redacting my tax returns.

This realization bothers me. It’s a twitch that can never be laid to rest, not unless I go to the correct government website and find some boilerplate telling me what I want to hear. But I’m not going to do that while redacting: I want to focus and bear down. I wouldn’t do it after redacting, either, since that would be useless. The job’s done, and why add a second job of scrambling around a website.

But those running heads. It’s one thing for the government to demand your SIN here and there, since they issued it and use it to process you. But StudioTax, the free software, must then stick the SIN into the running head of the returns, as if 1) no government employee could know what to do with a given page unless it’s tagged with your number, and 2) you’ll never send a return to anyone who isn’t employed in reviewing your papers for the government.

I remember my accountant—I used him before, but years ago—telling me he’d send my return so I could sign it and fill in the Social Security numbers. I’m sure he told me that, and a SIN and a Social Security number are pretty much the same thing. What I did made sense. But it was crazy. Because of the running heads. I have to think this is a case where They have gone cross-wise. The official wisdom on SINs and Social Security numbers counts as They. So does the set-up of a popular software for doing taxes. Well, this time They disagree with Themselves and I’m hung out to dry.

But I won’t visit that website. Sometimes you just have to assume you’re sane and keep going.