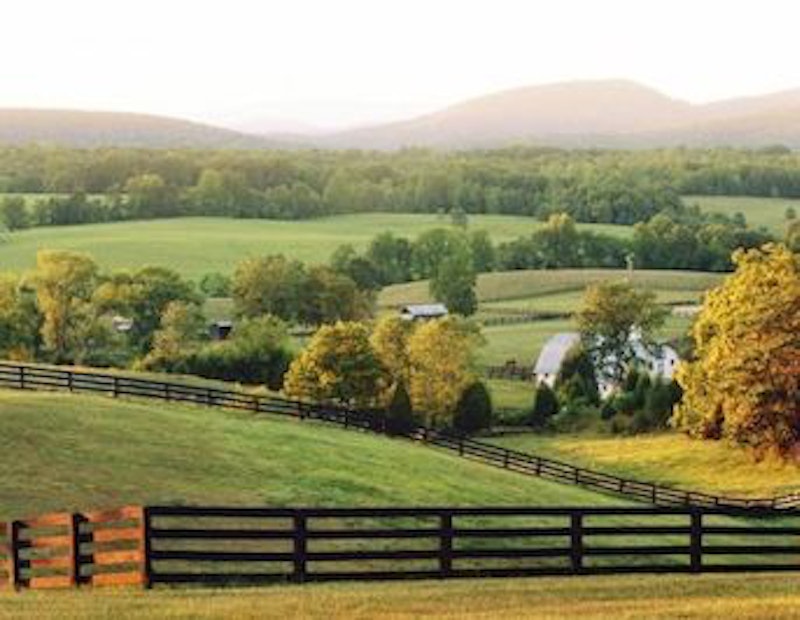 I currently reside in Richmond, Virginia, where I moved to from Charlottesville, which is just 70 or so miles west of here, and best reached by taking scenic Route 250, a two-lane road that offers a measure of relief for the eyes, unlike the brutal, dehumanizing six-lane interstate, I-64, that's built for speed only.

Richmond isn't much of a city compared to some of the ones I've lived in, but Charlottesville's just a speck of town dominated by the University of Virginia (a stuffy institution) and the looming presence of Thomas Jefferson. That once-revered figure's heading quickly towards the memory hole, however. Jefferson’s hometown recently decided it’d no longer celebrate his birthday. Perhaps the next move is to shut Monticello down and reopen it as the Diversity Museum.

Just finding a place to live was a priority when I moved to C-ville, so I took the first apartment I could find, which was about 20 miles outside of town in an area so rural that the nearest store—a genuine country store that sold gas (20 cents a gallon more expensive than in town), rented out movies, and sometimes had a huge slab of fresh bacon on display on the floor—was at least 10 miles away.

A committed urbanite, I didn't know what to expect from country life. But it was just a short-term place to stay until I could find more suitable accommodations in town, plus I thought it might be an experience worth having for a spell—a chance to see what all the country singers have been exalting all these years. At the very least, it would be so peaceful, or so I thought.

My landlady was an eccentric—a retired psychiatrist who lived alone with her cats and dogs. I never got the full story, but she decided at some point to get away from humans of all kinds. She sure picked the right spot, way out there in the middle of nowhere. If you saw another person in the course of the day, it was your own choice. It's one thing if you're working all day in town and returning home to peace and quiet for the evening, but having that solitude as your default position isn't for most people. I couldn't even do it for a single day, so I went into town every day and returned in the evening.

Donna was enamored of the spiritual teacher, Eckhart Tolle, and she constantly tried to get me to accompany her to a local group meeting where his teachings and practices are discussed. I met her persistence with resistance, even though she offered to pay for a session. But it wasn't about money. Twenty minutes of silence followed by an Eckhart Tolle audio or video recording, and then capped off with 10 to 20 minutes more of silent meditation just isn't my cup of tea.

One day, Donna adopted a German shepherd that had been abused by a man. You could see where its previous owner had gouged out chunks of flesh from its ears, and its body was scarred. Consequently, it was scary as hell around men—the scariest dog I've ever had close encounters with. Donna got along with her new pet just fine, but it terrified me when I went to her front door to pay the rent each month. I'm scared of aggressive dogs, and always worried that what they say is true—that they can sense it.

I'd feel obligated to accept Donna's offer of coffee at these times, after the dog had settled down. She didn't get much human contact, so I felt I was doing the neighborly thing. Also, conversation with a highly-educated, well-traveled person isn't usually a chore. One day she asked me to take care her dog for a week while she was out of town. That was the last thing I wanted, but for some reason I said I would. I fretted about this for several days. In preparation, the two of us went for a walk with the dog so we could get used to each other, but when it was over she said, "You're not a dog person." With that, I was excused from dog duty. I didn't even pretend to put up a fight.

My apartment was on the ground floor of Donna's house, but when she moved into a new house she'd built on an adjacent property, a young couple moved in. I didn't know it at the time, but that marked the beginning of the end of my country experiment. Early in the morning they'd regularly have loud sex. It sounded like a woman was being murdered. I’d respond with Pearl Jam at high volume at seven a.m., a message I thought would be loud and clear, but nothing changed. Who knows, maybe they were Pearl Jam fans and were happy to hear it. Despite several complaints to Donna, the situation didn't improve, even though they moved to a bedroom on the next floor.

Assessing the situation rationally, I decided to move. They certainly weren't going to stop having sex, and there's no way I could continue to live like that. At the time, I'd never met either of my upstairs neighbors. I just knew the man's name was Sean. One evening I heard some voices outside of my inside door—a door that led to a hallway that led to the laundry room. It was only half a door, though. The top half had been sawed off and replaced with a curtain. I figured it was Sean and a buddy out there, but couldn't see a thing through the curtain when I walked over to it.

That's when I got the surprise of my life. A powerful forearm suddenly thrust its way through the curtain, like the arm that came out of the grave at the end of the movie Carrie. The voice at the other end—I knew it was Sean now—said only, "Chris." The intruding hand was right in front of me, so I shook it without saying anything, because I didn't know what to say. The arm disappeared. Sean said nothing more, and that was it. We’d reached some sort of understanding, I supposed.

Shortly thereafter, I'd packed a borrowed truck with my belongings, but couldn't leave for my new place because it wouldn't start. Sean noticed and came out to help me, without introducing himself. Technically, we'd already met, although few had ever met in such a manner. He spent an hour tinkering and finally got the truck started. I was grateful and thanked Sean profusely before saying goodbye and shaking hands for the second time with him, even though I'd harbored a lot of resentment towards my neighbor previously for totally disrupting my life.

I pulled out of the driveway, and that was the end of my country living experiment. The next time I talked to Donna, she suggested I give Sean some cash for his efforts, but I wasn't going to do that. I think that both Sean and I knew, as he worked on that engine, that he'd been handed, at the 11th hour, a chance at atonement. I wasn't going to interfere with his silent, interpersonal bookkeeping by messing up the situation with cash.