A serendipitous look at tyranny and xenophobia. 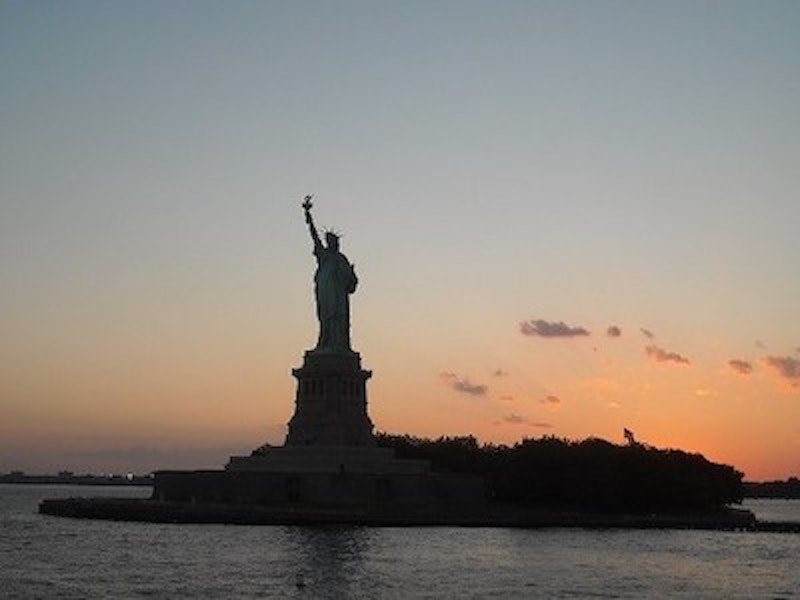 Vladimir Gjini is a nice guy and professional driver in New Jersey who works with a car service that we use for trips to the airport and such. Last year, he picked us up at Newark after our flight from Atlanta, where my son DeWitt, then eight, had been in a geography competition. Conversation turned to Albania, the driver’s country of origin; Vladimir was impressed DeWitt knew its capital and borders, and mentioned he was writing a book about his early life there.

Last month, when we flew into LaGuardia after more geography and history competitions in Chicago, we got Vladimir for the trip home again. I sat in the front seat, and there on the visor was Vladimir’s book, Revealing the Untold: My Courageous Journey and Escape from Extreme Oppression. I bought it on the spot. Reading it was an eye-opening experience. It’s one thing to know in the abstract that Communist Albania was an oppressive, isolated place; another to get even a glimpse of the suffering and despair that suffused its everyday life.

Gjini was born in 1962, the youngest of four children. An early, happy memory is of his father bringing him a new pair of shoes, a rarity in the impoverished family. When Vladimir was seven, his father died, and his mother sank into depression. A neighbor connected to the Communist authorities connived to take over their house, a task made easier by the family’s reputation for anti-Communism in decades past.

After a period of hand-to-mouth desperation, Gjini’s talents as a student got him into a desired technical school, but the family faced multiple troubles, including his mother requiring repeated hospitalizations and his sister dying from injuries in a kitchen fire. Gjini worked at a factory and then was drafted into the army. He also began contemplating getting out of Albania, a challenge not much different than escaping from a prison. The country’s borders were heavily guarded, its foreign interactions were minimal, and with an extensive network of government informants, any collaboration or discussion involving departure was extremely risky.

The book takes on a suspenseful tone, even though the reader (and in my case, as a passenger in New Jersey) knows that Gjini will ultimately make it out. There were many twists and turns toward his escape, which he undertook alone, on foot, crossing the mountains into Greece in November 1987. Doing so entailed an expectation of never seeing his family again, and exposed his family to likely retaliation from the government. Fortunately, the regime lost its grip on power in the early-1990s, the last of East Europe’s Communist governments to fall.

When Gjini arrived in Greece, he was treated with hospitality. Government officials questioned him to ascertain he was not an Albanian covert operative, and then offered him a job in Greece’s intelligence service, which he turned down. He was allowed to live freely in Greece, but not being Greek felt like an outsider there. So, pursuing a dream, he applied for residency in the United States, which was granted, and he flew to New York’s JFK airport in September 1989.

When driving my family, Vladimir has emphasized, particularly to my son, that being an American is something for which to be grateful. He’s right, and my own family’s history reinforces such gratitude. Still, Gjini’s story left me with a disquieted feeling: the America that he encountered in 1989 was far more welcoming to refugees and immigrants than the one we live in 30 years later.

I’d like to mention another book, which I’ve perused recently: The Man Who Lit Lady Liberty: The Extraordinary Rise and Fall of Actor M.B. Curtis, by Richard Schwartz. It’s the story of an immigrant actor, well known in the late-1800s for his portrayals of an immigrant character named Sam’l of Posen. Among much else that occurred in his life, Curtis was celebrated for financing the lighting of the Statue of Liberty when it was erected in 1886.

A century later, on July 4, 1986, I watched the celebration of the restored Statue of Liberty with my father, mother and brother from a tugboat; a business associate had given us tickets. On that night, new lighting of the statue was unveiled, which I’d later learn was devised by an eminent lighting designer named Howard Brandston, now a friend of ours, who in subsequent years was my wife’s mentor and early employer in the lighting design field.

It occurs to me that I was watching the Statue of Liberty re-lit at a time when Gjini was well into his preparations to escape from Albania. I’m glad he made it here, and I hope the statue that represents how America welcomed him and countless others will long blaze bright.