I Can Taste the Whole Enchilada

Story note: Mixed up thoughts while sitting on a fence thinking of Michael Madsen as a poet instead of an actor. 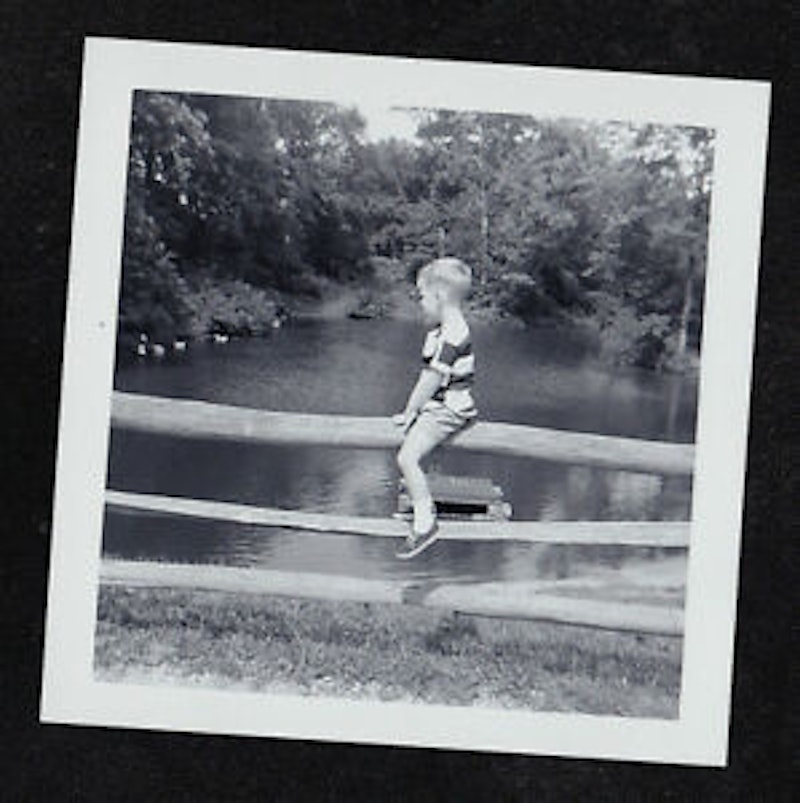 Extreme opposites are the major form of what's what and the why of when and where it all goes. How it gets jotted down verbatim in the imaginary book of who's who. A de rigueur of culture vulture fact checkers. Highly sophisticated ignoramuses keeping shoddy records. Flimsy books of loose-paged opinions. Who the hell cares and why? Know-nothings thriving upon too much information. Knowledge available for the benefit of no one but psychic cannibals and Fugazi fortune tellers. The meat and potato boys. To pass judgment is reason enough for forgone conclusions. What's real is perceived as confusing to what's not there in an ever-changing place of cheap fraud and feckless imitation. Opposites attract attention to each other’s weak-kneed will.

Tipping the scales in a never-ending balance of power. A delicate dance of false prophecy and innuendo. A spaced-out vacuum where nothing and everything exists in a solitary two-step tap dance of dust and light. Within a neutral spark of simply being. Some call it electric energy. A supernatural force field of static, bumbling in the dark beauty of some universal life force. Trade one parallel universe for two mixed realities. I call and see you 10 galaxies. Or fold and crap out. Closer to home in a crazy house of cards. Tumbled dice going down. Like some kind of Nikola Tesla hallucination. Einstein and Hawking brain-wrestling. And right over here we have the band on the Titanic. The ship is sinking, the captain’s been drinking. What the hell were we thinking?

Grabbing at invisible elements of falsehoods while peering out of the darkness holding a flashlight of personal truth. Standing alone, ever present behind vacant eyes, between ears, embracing hearts and keeping notes on lost souls. In stark contrast where gray areas ebb and flow the gooey liquid of cold flesh and hot blood. Empty-headed visions create delusional pictures in the stink of heavy air. Imaginary waves tumble in a visceral ocean of this mish and that mosh. Lightning bolts shooting out of the fingers. Raw energy fields giving afterbirth to the dawning excuse of us. If you’re only human. Feel something move in the blackness.

Counting billions of stars all at once. A washed-up comic in the Catskills. Stand naked at the center of nowhere. The joke’s on all of us. A wink, blink and nod to all there is. Gazing through a backward mirror sideways. Walking through walls. Floating dead upside down. Anything is possible. The unseen burning of time vanquished in fire, frozen in ice. When the world was born anew life began to die. Spinning in the orbit of each other's private hell stories. Where past meets present in the odd moment and ends before the beginning starts. Extracting what is perceived as lies of true tales of love and glory. Starting over. When science is fiction and fiction becomes fact.

Covered in the reek of nature. Where life's cheap and death is so freeing. The world owes nothing and the debts are never paid. Thinking after thoughts like blankets of smoke wrapped around tomorrow's foggy ghosts. Some sort of wordy soft taco of half-truths. The business of life has become a very expensive problem for the economy of dying.

Perhaps choosing the lesser of two evils. Why bother? Where the grass is so green. It looks good from over here. Which side is the best? Maybe sitting on a fence of barbed wire, or impaled on a wrought iron spiked fence. A head on a pike. Boxed-in and pigeon-holed. A hackneyed stereotyped, fenced in. Trapped like a rat, painted into a corner store of cheap memories and shoddy dreams, marked down, half-price used thoughts. Always going out of business. Abandoned amusement parks of the mind.

Forgetting more than remembering. I digress as I vacillate into a quivering blob of nervous stimuli. Sweating the small stuff. Every little thing gets under the skin. Festering days splinter, spilling into diseased nights. That waxy buildup of time keepers. Teetering like Humpty Dumpty. Falling like Icarus. Crushed in the clockwork of gears and turning keys to wind the hands of fate. Drowning in tears. If you believe in that crap. It’s the stuff of myth and legend. Makes mere mortals weep with joy.

Slowly drifting in and out of consciousness. Unable to see the whole enchilada. Can taste it though. Too salty. You can hold, touch, and smell the greasy illusion. That’s how it’s done around these parts. A facsimile of a copy. A reproduction of a forgery. The artificial imitation of the authentic original idea. A mimic of an impersonation. Something dreamed up out of the blue nothing.

Go back before the beginning. Maybe there’s no questions, no need for answers. Nothing around here ever happens without thinking it just happened first. Before leaving to arrive at this mess. Go from there to the actual event. Start all over again already. Will ya? Every occurrence a mere reaction to the thought of making it happen all over again. Accept no inferior knock-off substitutes. Stop that dilly dally. Smell the artificial flowers. Gratuitous violence and sweet charity. So it’s worth muttering to anyone who will listen, ”Hey listen up, there is no fence. Are you there… is that all there is?” Screaming into a severed ear. Dancing with a can of gasoline. A fool stuck in the middle. Clowns to the left, jokers to the right. Here I am.