Missing the Point of Book Reviews

Negative reviews can be constructive. 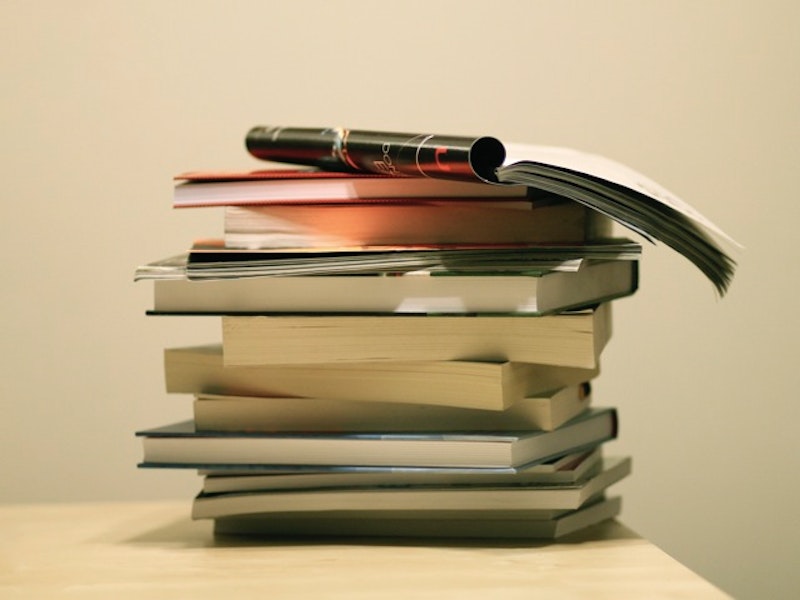 Recently, Jacob Silverman blamed the sad decline of the negative book review on the dangerous rise of literary niceness on Twitter and social media, presumably because blaming/congratulating Twitter/social media for the decline/ascension/transformation of society is what you do if you're on the #edge @cutting.

On Sunday, Salon’s Laura Miller replied with a defense of positive book reviews that, to its credit, doesn't claim that Twitter has caused anything in particular. Instead, Miller links the decline of the negative book review to the decline of literary fiction itself. People don't really read literary fiction any more, she argues. Therefore, blasting a book that nobody has read is (a) bad for business, and (b) pointless. Or in her own words:

But a negative or middling review of a literary novel that the reader would otherwise have never heard of and is unlikely to ever hear of again? No one needs to read such a thing, and furthermore, no one really wants to. (At Salon, we’ve got the numbers to prove that.)
There's certainly some force to this argument. I'm not sure that fewer people read literary fiction now than before. It seems possible instead that the Internet decentralization of taste-making has simply made it more apparent what a small audience serious elite fiction always had. But it's certainly true that unloading on a book no one has ever read can feel pointless and needlessly cruel if you don't have a broader point to make.

Of course, Miller doesn't seem to believe that one can ever have a broader point to make. Or as she says:

A close critical reading of a text can be revelatory indeed—but only when you’ve had a chance to read it, or other works by the same author, for yourself. “Let me draw your attention to an obscure book that’s not worth reading and then tell you in detail why it doesn’t measure up,” is a pretty feeble bid for a reader’s attention and time. And the only kind of literary conversation it fosters is more of the sort where people talk knowingly about books they haven’t even read.
The possibility that one might use a text as a launching point for some other kind of conversation doesn't occur to her. And yet, this sort of thing happens with some frequency. James Baldwin's biting, beautiful review of the utterly forgotten Ross Lockridge, Jr.'s Raintree Country, for instance, is a searching examination of race and the American dream. This is the last paragraph.

"What is America?" Mr. Shawnessy asks the question and except to call is a noble dream the question is not answered. Since the book at every point evades the riddle of the human being the question is never really asked. The death of the hero of Raintree County admits an uncertainty and desperation the entire county would conspire to deny. But if America is a dream it is also a reality; a small dream is not enough to live by. We are not unlike the audience which assembled to hear the only political speech made by Mr. Shawnessy when he was running for office: they liked him, they knew it was a good speech. But they could not remember nor repeat a single word of it.
I don't know who Mr. Shawnessy is, and I don't ever plan to read Raintree County. But I've never fallen in love with an 18th century landowner, either, nor set sail on a whaler, nor hunted down androids in a shabby future semi-dystopia. Yet somehow I still love Pride and Prejudice and Moby Dick and Do Androids Dream of Electric Sheep? And somehow I still think Baldwin's essay is worthwhile.

But I suspect that Miller is right, and that if Baldwin were alive today, and writing such essays for Salon, they wouldn't get a ton of clicks. As Miller says:

Platforms on which to write about books for a general audience are vanishing fast. Most of the readers drawn to such publications want to be informed of the best new books and to read criticism that enhances their understanding of and appreciation for those books.
So there's a solid marketing rationale for not publishing negative reviews. But marketing isn't aesthetics, and it simply isn’t true that a negative review is automatically likely to be less interesting or worthwhile or revelatory than a positive one. On the contrary, I would argue that the irrelevance of literary fiction is not only a cause, but a result of the depressing process whereby reviewing, advocacy and marketing blur into a seamless whole.

Miller argues that proponents of negative reviewing are nostalgic for the days when lit. fic. mattered—but surely positive reviewers rather desperately shining sunshine up the butt of the latest new, new lit sensation are also trying to bring back those older, sunnier days. I don't know that reviews of whatever sort will necessarily help get us back there. It wouldn't hurt, though, to realize that critical writing is worthwhile or not because of the thought, the genius, and the prose that goes into it, not because of the book it's based on, or the hits it generates, or its position pro or con.