Ned Vizzini’s new novel lives up to the high standards set by his past books. 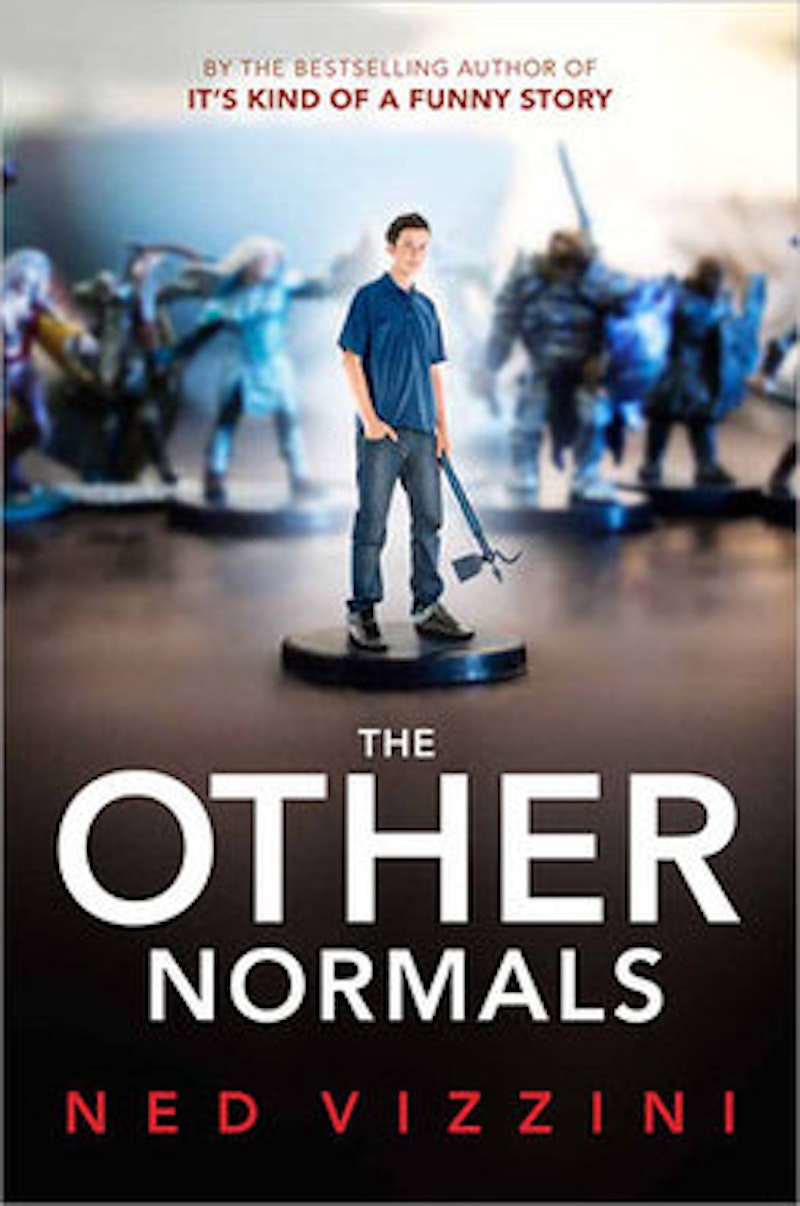 Ned Vizzini, author of the novels It’s Kind of a Funny Story and Be More Chill, has transitioned smoothly from realistic teen fiction to the fantasy genre. Vizzini’s new young adult novel, The Other Normals (Balzer & Bray, out Sept. 25), retains many of the qualities that made his past books so endearing and relatable, while adding a welcome new element.

The Other Normals follows Perry Eckert, a character reminiscent of the author’s portrayal of his adolescent self in the memoir/collection of essays Teen Angst… Naaah. Perry, totally friendless and alone, finds solace in the guidebooks to a Dungeons and Dragons-like role-playing game, called Creatures and Caverns. After the protagonist is unfairly subjected to sleep-away camp, he quickly discovers a whole new fantasy world eerily similar to the one he’s been reading about in his C&C guidebook.

Though likely aimed at a younger audience, The Other Normals lives up to Vizzini’s standards. The obstacles that Perry encounters across his journey aren’t unique to the alien world he’s traveling through. Vizzini makes it easy for the reader to empathize with Perry because he’s such a real character, with genuine reactions and emotions. And though his motivation is incredibly ordinary—“nerdy kid with a lack of friends craving popularity”—Vizzini breathes new life into the tired mold. The supporting cast (even the inhabitants of the World of the Other Normals), show their human side often, with some displaying a moral ineptitude and others a far more valiant nature. No character, however, is one-dimensional. Each person (whether human or not) changes throughout the book, for better or worse, and shows hints, some more obvious than others, of imperfection.

Vizzini avoids the genre tropes and clichés of the ever-growing young adult category. Throughout his career he has always outperformed his contemporaries with originality and pure writing ability. The young adult shelf at Barnes & Noble is filled with a lot of formulaic, nondescript trash. A lot of these authors are just riding the success of Harry Potter and Twilight. Vizzini, along with a handful of YA writers, including John Green, Jay Asher, and David Levithan, are refreshing voices in an often times dumbed-down genre.

The Other Normals’ appeal may lie mainly with kids and teenagers, but Vizzini’s other books, Funny Story and Teen Angst, have no age limit. Funny Story deals with very serious issues, including depression and suicide, in a light but realistic manner that could have anyone, 16 or 60, rolling on the ground in a fit of laughter. That’s not to discredit his new book, which will net the young author a whole new readership and potentially another movie deal.

What most sticks out about The Other Normals, though, is that his signature style still remains intact even through a rather drastic genre change. Perry is slightly reminiscent of Vizzini’s past protagonists, who are also “dorks trying to be cool,” as the author puts it. He manages to inject Perry with enough individuality to make the character new and refreshing while still keeping with the personality mold that Vizzini knows so well. A balanced amount of humor also seeps its way into the new novel, which is no easy task in the fantasy genre, where too many jokes can take the edge of the entire story, and not enough can make it a dry read.

Even if you’re not a fan of the fantasy genre, or feel you’re too old for the young adult section, The Other Normals is worth checking out for its sheer ability to make the unreal so relatable.