Mine Own Philip Levine

The poetic influence that wasn’t. 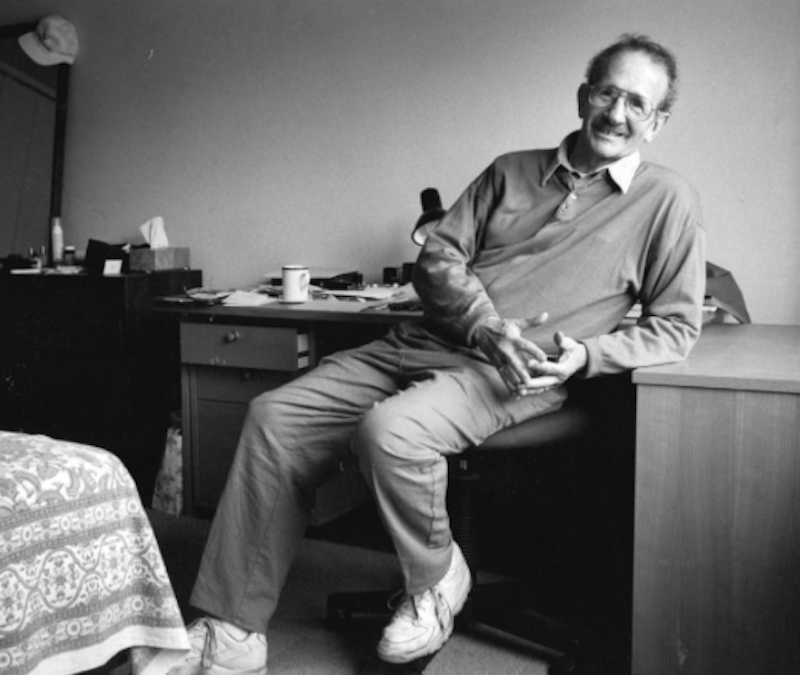 I first read poet Philip Levine’s collection of essays The Bread of Time some 30 years ago, not long after it was released in 1993. I’m not sure re-reading it was a great idea. Not because it’s bad; it remains a thoughtful if somewhat uneven memoir. But for me it’s also a nexus of nostalgia, hope, and bitterness which I probably would’ve done better to avoid.

When I first came across Levine’s writing, I’d just dropped out of grad school to become a poet, to the horror of my grandfather and the moderate concern of my parents. I’d get up every morning before work and write. And then sometimes after work or on weekends I’d head over to the University of Chicago library and browse their extensive poetry collection under the low ceilings and fluorescent lights, trying to see where I fit in amongst Ashbery, Eliot and Yeats.

Levine was never a favorite. But I liked his radical politics and appreciated his straightforwardness; he said what he meant and put the epiphanies in at the end where you expected them. His memoir stuck with me in a way his poems didn’t, though because it felt aspirational. The Bread of Time is an idiosyncratic journey through Levine’s life in literature, touching on the poets who influenced and dazzled him. Some of the essays focus on teachers like John Berryman and Yvor Winters; others talk about how he found influences like Yeats, Lorca, and Machado. There’s also a concluding tribute to a very young genius peer who never made it named Dorothy S.

Reading it I thought, this is what it might be like to look back on a life built around art, in which, as he says half in jest but not really, “This poetry is a serious thing.” Levine wasn’t a genius or superstar, but he had teachers and peers and influences, and was able, as his career came to an end, to write about them for a moderate-sized audience that cared. I was self-aware enough to know that Yeats and Stevens were out of reach given the talents I’d displayed to that point. But a life like Philip Levine’s seemed attainable and admirable. But unlike Levine, I didn’t get into an MFA program, and no one wanted to publish my poems. The teachers who believed in me turned out to be elusive; the audience even more so. Eventually I gave up and turned to writing reviews and essays which I could get paid for.

From the wrong end of the intervening years, many passages in The Bread of Time now sound less like hope, and more like indictment. John Berryman declaring to Levine’s class, “metrical chaos…pray you avoid it!” The first time through I thought perhaps I’d someday master the iambs and trochees and pen some poems that would make Berryman nod along if I couldn’t make him cheer. But trying my hand at some sonnets all these years later, my ear remains erratic. I doubt he’d be impressed.

Similarly, one of Levine’s teachers at a nowhere school, but with a true love of poetry, told him that it was natural for young poets to pick up rhythms and styles and echoes of the greats. “You guys are still young, you’re learning your craft,” he told Levine. “I’m too old to be writing in the voice of another poet.” When I first read that, I was young, and hoping that my Wallace Stevens-isms would eventually transmute into something more idiosyncratic, or at least less instantly recognizable. Now I’m old. To the extent I found my poetic voice, if I did find my poetic voice, no one cares.

Levine shared one poem from Dorothy S—a short, Stevens-inspired lyric about time and how it will take you on. It reads in part:

Who eats the bread of time,

Of time to come? Hard as stone

The bread I eat and call my own

Of an old woman’s sighs and groans.

We’d all like to think that what sleeps within us is a living thing, waiting to grow into some flourishing. The Bread of Time should’ve been a seed or brook, and I should be able now to write about what it made in me or where it led. But it just slept and hardened. If I’m lucky, maybe I’ll carry it another 30 years. If I’m lucky, I’ll be wise enough not to read it again.