I’m Most Comfortable When Confused

Going bonkers on the cheap. 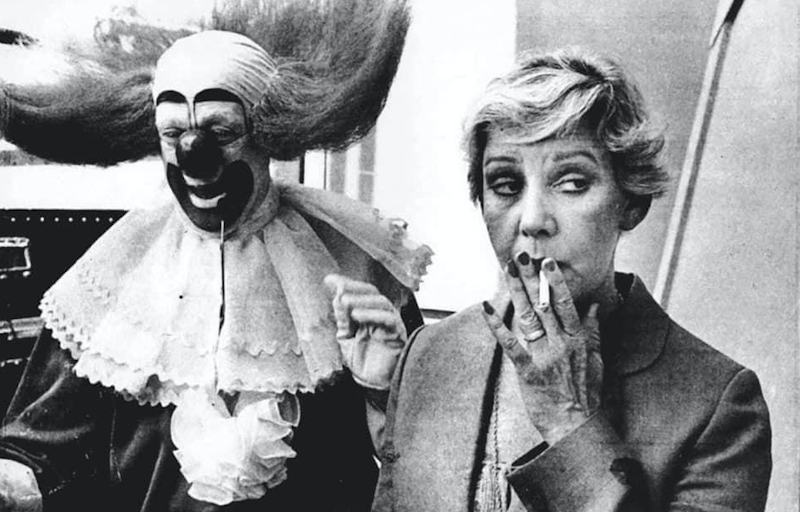 If you know crazy, like I know crazy, oh boy! What a whirl! It’s like having imaginary, nonsensical conversations with a drunken cousin whom you’ve never met. A circular dialogue of pseudo babble in a psychotic circus of bait and switch. Now you see it, and now you don’t. I can dig the illusion of reality. Riding a haywire merry-go-round of bad ideas, too fast on the half-baked conclusions. Never mind all the conspiracy theories.

They’re a dime a dozen, a most promising likelihood, a dizzy dope, swirling around, a willy-nilly dipsomaniac on a three-day bender. Familiar suggestions all people will envy. Visiting that favorite diner in any town serving up 99 cent blue-plate specials of insanity. Going bonkers on the cheap. Try to avoid pissing yourself off, or simply pissing off others, or merely wetting your trousers. A rare type of nut that cracks words of kindness to keep the naysayer crackpots from butchering you as you slumber. Breaking the hard shell exterior revealing tender morsels of madness within. A hard nut to crack.

Intimate relationships with a bunch of lunatics in a stadium full of perverted players, spectators eating salty roasted peanuts of the crazy kind. The breakfast of champion chumps. Mega fans of pseudo-sports. Sickos, acting out Schizoid skits in very public arena displays of chaos and confusion. TikTok's toddlers share selfies, terminal cases of narcissistic psychosis. Dancing alone like there's no tomorrow. Down every street of bedlam, cruising avenues of terror, any alley of mayhem will suffice. Your personal Bellevue bughouse barkers. Roomfuls of strangers, private demons up close and personal. Trippy hallucinations consume the waking hours, dismayed in solitary cell rooms of delirious days. These are the things that drive me crazy.

The jalopy packed with harlequins, stuffed like sardines in a rattletrap put-put auto with square wheels. Much too small for one, less the whole gang. Going around in wiggly, stop/start, herky-jerky, wham, lurch, slam on shoddy squeaky brakes. Piling out single file, guffaw, snickers one, two, three, then four and more. A stumblebum exit, the tiny taxi contraption rattling around in your skull. A pandemonium parade of paranoid schizophrenia. All this babbling going on, my inner voice seems conflicted. Arguing with multiple personalities is no way to go it alone. Nailed to a custom-fitted exotic wood cross.

Call me insane, but I’m most comfortable when confused. The midnight hour calls, another night of terrors fills up the room. A sinister place, even darkness gets darker. Night sweats, clammy chills and hot fevers. It’s no small feat surviving a long list of maladies that infest even the quieter, peaceful slumber parties.  Pillow fights in your underwear, banging heads, feathers flying everywhere. Casual sweet nothings befit agonizing torture. Writhing in damp sheets on a bed of nails. It’s like that sometimes. Label me a lost cause for some righteous sanctity of reasoning. Or a lobotomy, I got my monkeypox, AR-15, baby formula shortage of irrational thoughts. Covid hype and a slice of contaminated apple pie. Don’t say gay and wave your flags. Tell people to go fuck themselves!

I’ve got a gag order for the extreme right-wing evangelical insurrectionists in a daily feed on my flip phone. I’m putting Elvis on notice: to all Elvis impersonators, cease and desist, direct orders from the Presley estate. People getting whacked in graveyards, churches, schools, supermarkets, in their own beds, victims waiting in line for the next mass shooting spree at a deep discount. What's next, sex in the streets? I got it all, baby! Hollow tip ammo, bayonets, morphine, suicide capsules, smelling salts too. Shootouts at noon, again at five and more at 11. The death toll has risen, so you shouldn't leave home without a bulletproof vest.

The sacrificial bloodletting on the war against wars. A mandate, dreamed up by withered gray old senators. It is spoken. Crazy is the norm. Nothing new here, but now it’s the law. Strongly enforced. Nothing to see here, move along. Rational thought is prohibited. Tread lightly upon the firmament of sanity’s shaky ground. Crazy is as crazy does. It's acceptable behavior.